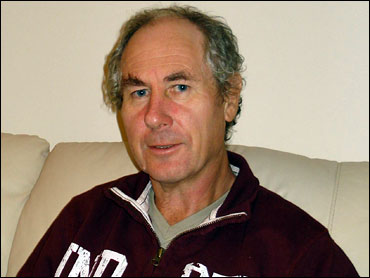 British police said Wednesday they had arrested a man who vanished more than five years ago then turned up at a police station last weekend claiming he had lost his memory.

A published report, meanwhile, claimed the man and his wife had been seen together in Panama since his disappearance. His wife moved to Panama earlier this year, according to police in his home county in northeast England.

Cleveland Police Detective Superintendent Tony Hutchinson said Wednesday that John Darwin, 57, had been arrested in connection with their investigation of his apparent disappearance at sea. Darwin was not charged with any crime, but was being held for questioning.

Darwin disappeared after going out to sea in his canoe, which was later found wrecked on a beach. A coroner officially declared him dead.

His wife, Anne, told reporters Tuesday that she had believed her husband was dead and made a claim on his life insurance policy in good faith.

The Daily Mirror reported that a photo of the Darwins was taken in Panama last year when they stayed in an apartment rented through the firm Move to Panama.

A couple named John and Anne are pictured on the company's Web site with the firm's boss Mario Vilar, but Vilar said they had not used the surname Darwin.

Hutchinson told reporters at a news conference Wednesday, "photographs can be doctored. That's why it's very important, from our point of view, that the validity of that photograph" be confirmed.

Darwin told police after turning himself in that he remembered nothing of what happened to him since June 2000, about two years before he actually disappeared, Hutchinson said.

The police officer, whose department conducted the search after Darwin was reported missing and the ensuing investigation, said he had "absolutely no idea where he's been for the last five years," and gave two phone numbers and a Web site where anybody in the United Kingdom or abroad could come forward with information.

(AP Photo/Scott Heppell)
Asked whether any moves had been made to have Darwin's wife extradited back to England, Hutchinson, seen at left, said, "It is something that we will look at over the coming days, perhaps over the coming weeks."

Anne Darwin has said she does want to come home to see her husband, but that she will not leave Panama immediately because she has things to take care of, according to Britain's Sky News.

Hutchinson said Darwin, who turned himself in at a police station near London, should be back up north, in the custody of the Cleveland Police department, later Wednesday.

Darwin's aunt, Margaret Burns, 80, told reporters the truth may be established "if we wait a bit."

"What's the point in speculating when we don't know? I'm as intrigued as anybody about what happens next," Burns told reporters.

"Most of the family believe the trauma of nearly drowning in the canoe was enough to make him lose his memory, but I'm not so sure.

"I'm a cynic now. To be honest I don't believe he ever got his feet wet," Burns said.

Hutchinson said Cleveland Police opened a new investigation into the Darwin case after "information was reported to us about three months ago to suggest that perhaps there was something suspicious with regards to his disappearance." He did not elaborate on what that information was.

The detective said his department then "began to conduct inquires on a financial basis … Certainly, three months ago we did not know that John Darwin was alive."

Hutchinson said he was "as surprised as anybody" when he learned that Darwin had walked into a police station in southern England, reportedly telling officers there, "I think I am a missing person."