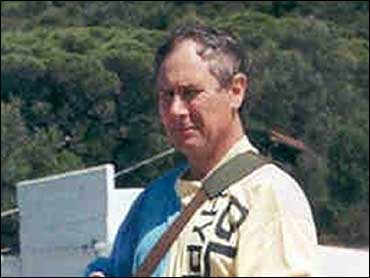 The last trace of John Darwin was the wreckage of his canoe, which washed up on a beach near his northern England home more than five years ago.

On Saturday, the father of two walked into a London police station and told officers he did not remember where he has been.

Police in Cleveland, northeast England, said Monday that Darwin gave his name, birth date and previous address but no information on his whereabouts over the past five years. The 57-year-old formerly lived in Seaton Carew, 250 miles north of London.

"He walked into a police station and said 'I think I am a missing person,'" a police officer told the BBC.

"He can't be suffering from total amnesia," a Cleveland police spokeswoman said on condition of anonymity due to force policy. "He says he can't recollect where he's been, but that's something we're investigating."

The BBC reports at the time of his disappearance, Darwin was working as a prison officer and the alarm was raised when he failed to arrive for a night shift.

Police said Darwin was staying with family in London and would be interviewed later this week.

Ronald Darwin said his son suffered a serious head injury when he was 4 or 5 years old, and he thought this might have caused amnesia later in life.

"When I speak to him, I will ask him where he has been these last few years and I'll ask, 'Why didn't you make arrangements to see me before now?'" the elder Darwin said.

"I'll tell him a lot more, too, but I'm extremely happy now."