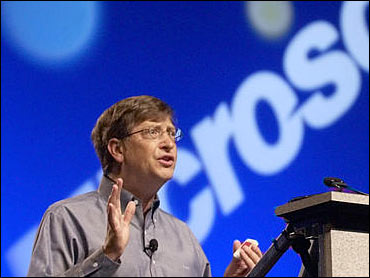 RealNetworks Inc. is accusing Microsoft Corp. of illegally monopolizing the field of digital media by requiring Windows users to accept the company's media player, renewing a long debate over the software behemoth's behavior toward competitors.

That has caused a difficult competitive path for RealNetworks's own Real One software, "resulting in substantial lost revenue and business for RealNetworks," according to the suit.

Bob Kimball, RealNetworks' vice president and general counsel, said the case "is based on many of the same types of Microsoft conduct that U.S. courts have already declared to be illegal."

The company will pursue more than $1 billion in lost business and injunctive relief, executives said.

Microsoft called the lawsuit "rearview mirror litigation," a reference to past litigation over Windows' dominance in the PC market.

"Real claims to be the No. 1 provider of digital media solutions, with massive distribution of their software and more than 1 million player downloads a week," the company said in a statement. "Thus, this is a case where a leading firm is seeking to use the antitrust laws to protect and increase its market share and to limit the competition it must face."

"These issues are a rehash of the same issues that have already been the subject of extensive litigation and a tough but fair resolution of the government antitrust lawsuit."

The charges are similar to those brought by the European Commission, which has accused Microsoft of trying to squash competing audiovisual software by including its Media Player with Windows. European regulators are demanding Microsoft either produce a version of Windows without the Media Player or incorporate rival programs into the package.

The lawsuit alleges that Microsoft, which builds the Windows operating system that controls more than 90 percent of personal computers, "bullies" PC makers into installing its media player instead of rivals'. The company puts restrictions in its contracts so that PC makers that want to include Windows must also include media players and other software, the lawsuit said.

RealNetworks entered the streaming media market in 1995 and now has more than 1.15 million paying subscribers, but the lawsuit alleges that Microsoft didn't have a similar product until 2002 and now has even more customers. Microsoft would not confirm those numbers.

In 1997, Microsoft vice president Robert Muglia allegedly told RealNetworks chief operating officer Bruce Jacobsen that Microsoft would "target us for obliteration" if RealNetworks continued to produce streaming media, according to the suit.

"While we much prefer competing in the market ... our board has made a carefully considered business decision to take this action to end Microsoft's illegal conduct and recover substantial damages on behalf of our shareholders," said RealNetworks chairman and chief executive Rob Glaser, who worked at Microsoft for a decade before founding the company.

Analysts expected the lawsuit for some time, as Glaser escalated the tone of his comments about Microsoft. But they say the case could go either way.

"There's no question Microsoft feels it has the right to include its media player in any version of Windows, which is the same argument it had for the Web browser," said Tim Bajarin, an analyst with Creative Strategies. "Now it's up to Real to prove whether Microsoft has violated antitrust laws."

Those cases claimed Microsoft violated state antitrust laws and laws against unfair competition. They were filed in the wake of a 1999 federal court ruling that Microsoft abused its power to maintain its monopoly on the Windows operating system.

The state of Massachusetts continues to appeal the landmark antitrust settlement approved by a federal court last year, with a hearing scheduled next week before an appeals court. The U.S. Justice Department, Massachusetts and 18 other states had sued over Microsoft's use of the Windows operating system to muscle out rivals.

In late October, Microsoft agreed to give $200 million worth of computer-gear vouchers to customers in five states and the District of Columbia. With similar cases settled in other states, Microsoft's total payments to consumers exceed $1.55 billion.

Company spokesman Greg Chiemingo said many of the experts and witnesses who will testify in the case live in Silicon Valley. Microsoft's headquarters is in Redmond, Wash., near RealNetworks' Seattle base.

[CBSNews.com has business relationships with, and licenses the media player software of both Microsoft and Real Networks.]