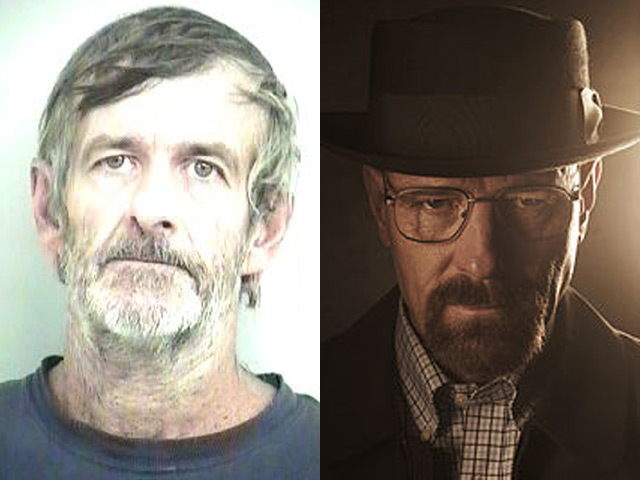 (CBS/AP) Tuscaloosa, Ala. - A man who has the same name as the meth-cooking main character of television's "Breaking Bad" is wanted by Alabama authorities for allegedly violating his probation for a past meth conviction.

Walter White, 55, was placed on probation after a 2008 conviction for making methamphetamine, the Tuscaloosa News reported Thursday. The Tuscaloosa County Sheriff's Office recently placed White on its most-wanted list after his arrest on similar charges in Bibb County this year.

Actor Bryan Cranston stars in AMC's "Breaking Bad" as Walter White, is a high school chemistry teacher who turns to cooking meth to help support his family after he's diagnosed with terminal lung cancer. The show is in its fifth season.