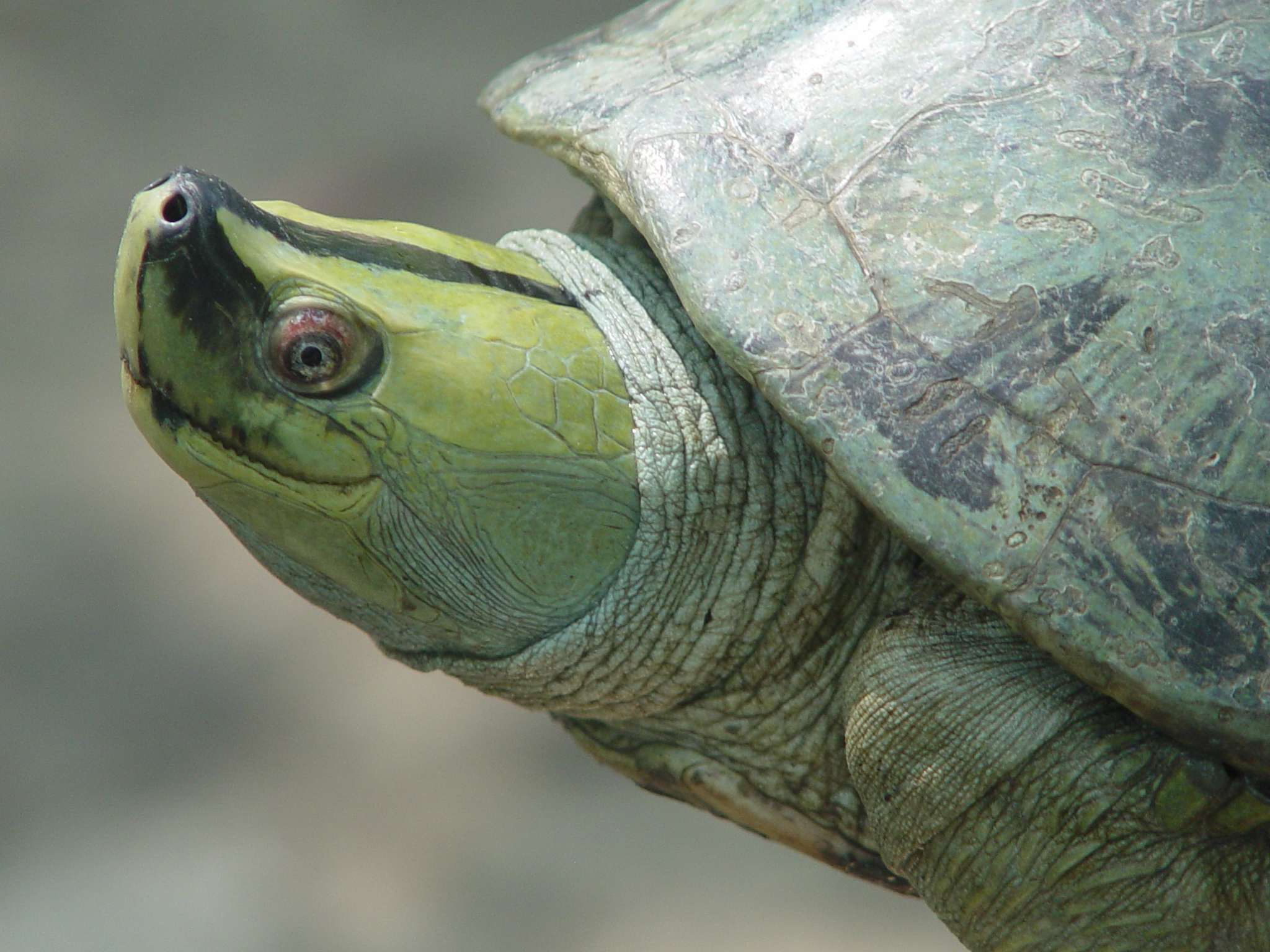 A rare turtle thought to be extinct just over a decade ago appears to be making a startling comeback.

About 60 Myanmar roofed turtles were released in the wild in the past few weeks, a high point in a seven-year program to revive the green-headed turtles that call the rivers of Myanmar home.

"This is the first chapter of a longer story yet to be written," Wildlife Conservation Society's regional herpetologist Steven Platt said, following the release ceremony in late February. "It's one that will hopefully see the Myanmar roofed turtle restored as a functional member of this remote riverine landscape."

The Myanmar roofed turtle (Batagur trivittata) was believed extinct until 2001, when Platt and U Win Ko found a single shell from a recently killed turtle at a village along the Dokhtawady River. Live individuals were subsequently discovered at a wildlife market in China and in the ponds of a pagoda in Mandalay.

Those three turtles formed what was called a captive assurance colony. From there, a captive breeding program was started 2007 by WCS and the Turtle Survival Alliance. Eggs were collected in the wild, and brought to the program where they hatched and the turtles began breeding. The population now numbers 600 at several locations across the country.

With the collaboration of the Myanmar Ministry of Environmental Conservation and Forestry, a new facility in 2011 was opened in Linpha Village to increase the program's resilience to catastrophic events, and to bring the animals back closer to their natural habitat. The facility is now home to more than 300 turtles.

The ultimate goal to release them in the wild started in late February with the release of the 60 turtles, adding to the fewer than 10 adult females known to be surviving in the wild in a remote stretch of the Upper Chindwin River in Myanmar.

After getting health checks and a blessing from Buddhist monks, the turtles - including some that were equipped with a radio transmitter allowing scientists to monitor the animals as they adapt to their wild habitat - were released by local villagers.

The chosen turtles had to meet certain specifications, including that they were large enough to survive in the wild, which meant that most were at least seven years old. Younger turtles are vulnerable in the wild due to natural predation by large fish, wading birds and monitor lizards. Only individuals large and strong enough to withstand such attacks were released.

Along with the release, local residents have been recruited to monitor turtle nesting areas in the hopes of safeguarding eggs.

The turtle numbers over the years plummeted due to the persistent threat of habitat loss especially from illegal gold miners, egg collection, and incidental catching by fishermen. They were also hunted by the Khamti Shan people, who dwell along the Chindwin River in the country's northwest and regard the turtles as an important food source.

The turtle's resurgence is part of a string of conservation success in Myanmar, an impoverished country that had recently opened its doors after decades of self-imposed isolation.