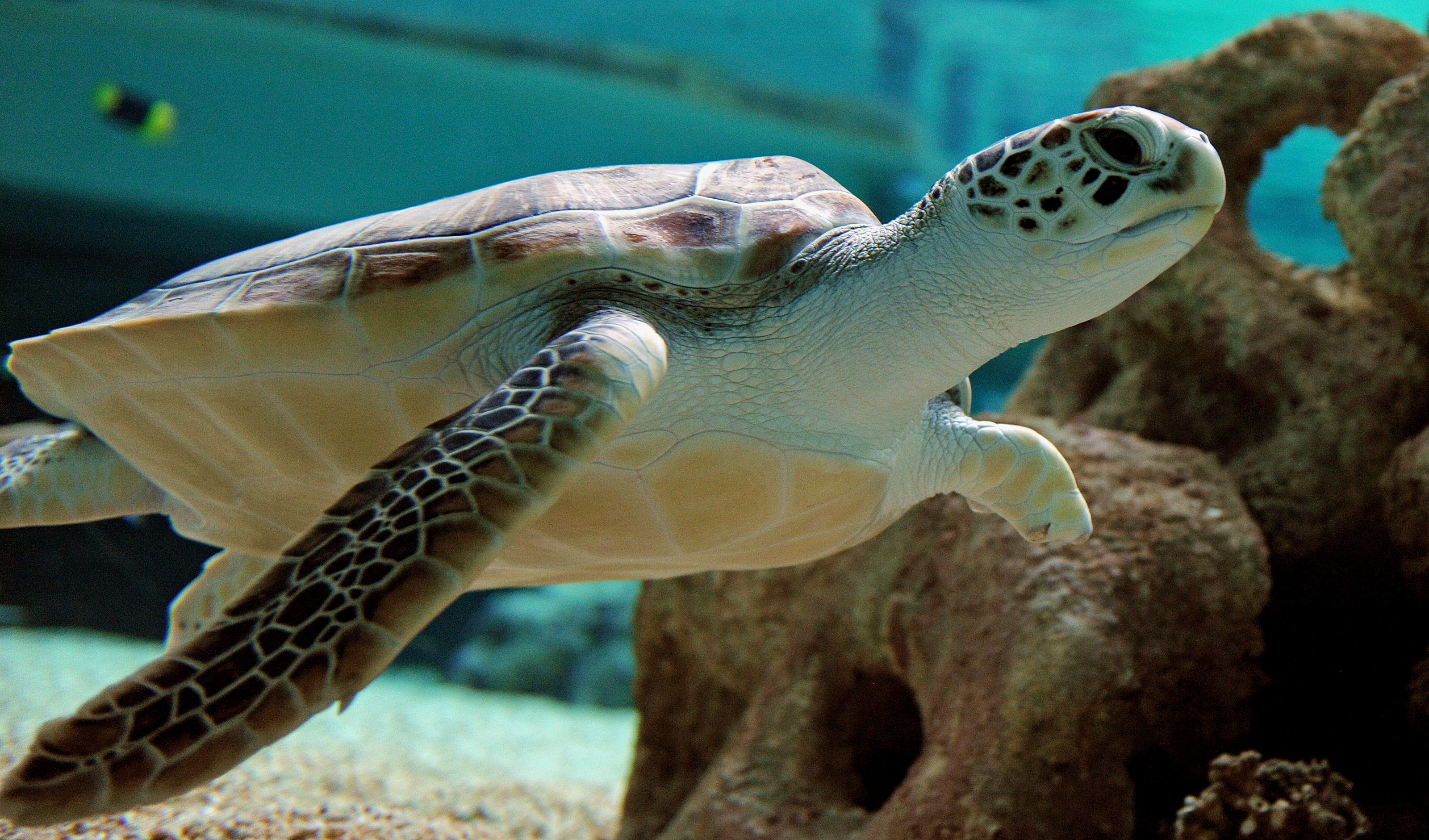 Green sea turtles are nesting at remarkable rates along Florida's beaches, but hatchlings may get lost on the way to the ocean because of a phenomenon called skyglow.

Between 2005 and 2012, green turtles laid an average of 9,900 nests each year, Dr. Blair Witherington told CBSNews.com. Based on data collected so far this year, his team at the Florida Fish and Wildlife Conservation Commission is estimating that the 2013 total will be about 38,000.

"It's hard to even believe as a biologist, no one could have imagined it," said Witherington, who has been studying the state's sea turtle population since the late '80s.

Classified as an endangered species since 1982, this should be welcome news for conservationists. But there's a catch: about 11 percent of the hatchlings will arrive later than usual, after the nesting season officially ends on Oct. 31.

It's common for a few hundred nests to hatch after October, but this year, there will be about 4,000 nests left incubating well into November. Some of the nests may not hatch until early January.

Green sea turtles are among the largest sea turtles in the world, weighing in at up to 700 pounds. Found along the shores of Europe and North and South America, they are named for the color of their skin -- not their shells.

Their nesting and hatching process is straightforward. Every two to four years, adult females choose a spot on the beach -- often the one where they were born -- and dig a large hole with their hind flippers, lay between 100 and 200 eggs, then cover the eggs with sand before returning to sea. After incubating for about two months (or longer once sands cool in the fall), the hatchlings break through their eggs, burrow out of the sand and scurry towards the brightest light they see. That should be moonlight over the ocean.

Instead, many end up racing in the opposite direction, towards the headlights of cars and illuminated porches of beachfront homes. The combined glow of these artificial lights is known as skyglow.

"Hatchlings use light to find the ocean. And if they don't find the ocean, they will die. They depend on a natural light field that is brighter over the ocean than it is over the land," Witherington explained. But because of skyglow, thousands of hatchlings "wind up wandering around in circles, end up in dunes or in pools, or smashed on roadways."

During the usual nesting season of May 1 to Oct. 31, most towns along the 800-mile stretch of Florida's coast where sea turtles nest have lighting ordinances designed to decrease these man-made deterrents. The Ft. Lauderdale Lighting Ordinance states that during nesting season, "No artificial light shall illuminate any area of the incorporated beaches."

The towns also work with local non-profits to educate residents about turtle-safe lighting. Scientists have found that longer wavelengths of light, those appearing dark yellow and red to the human eye, are the least disruptive. Companies have created turtle-safe lighting for local homeowners and businesses, as well as filters for flashlights.

By now, Witherington explained, most of the local residents understand the issue and comply with the efforts. But the snowbirds that flock to Florida for the winter months aren't as well-informed.

"Continuing the kinds of light management further into the fall is going to protect those turtles, but that's hard to do because a lot of winter residents here in Florida come back in the fall," he said. "It's easier when there aren't as many people living in the condos along the beaches."

STOP is trying to protect as many of the hatchlings as possible by working with coastal towns to extend the lighting ordinances.

"We discussed the elongated season and are in dialogue now with several of the municipalities," said Rich Whitecloud, founding director of STOP. "We can't necessarily expect them to extend past the timeframe that's stated inside the ordinance, but we've had lots of good compliance over the last few years. So, hopefully they'll try to extend as much courteous compliance as possible."

Regardless of an official extension, STOP plans to continue working along the beaches until the final nest has hatched. A few years ago, that meant monitoring nests until Christmas.

"We've been working in Broward County for seven years now," Whitecloud said. "Hopefully the green population increases as a reflection. They have fluctuation and nesting deviation, and we are making these beaches a more hospitable habitat for the animals. Hopefully they're recognizing it."

Books vs. e-books: The science behind the best way to read
Danielle Elliot