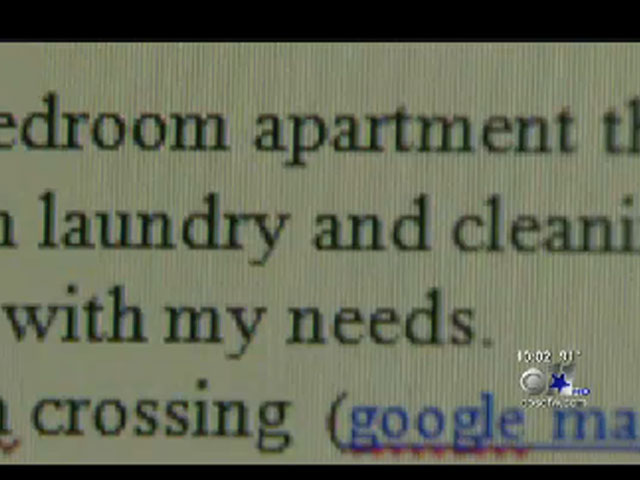 Police in the northeast Texas city say a number of credible accusers have contacted them since the reported arrest of Roger Stulce, who is currently charged with two sexual assaults.

Stulce's alleged m.o.: Luring unsuspecting women to an apartment by posting ads on Craigslist offering free or reduced rent if they would keep the place clean while he traveled for work.

One of Stulce's accusers is his ex-wife, who called him a "monster" in an interview with CBS DFW. She accused him of raping her on multiple occasions while they were married.

"He likes to hurt women, that's his pleasure," she told the station. "All I can say is that over the course of our marriage, things seemed to escalate, it just got worse and worse. He was convicted in California for raping me... He's just a very, very sick man."

Stulce was convicted on domestic violence charges in 1998.  He was arrested for soliciting prostitution in April and detectives believe he is a predator who may have a trail of victims who have yet to come forward.

Police say some of the women contacting them claim they were able to get away before Stulce could attack.

Police have brought in the FBI to help gather evidence in the widening investigation.