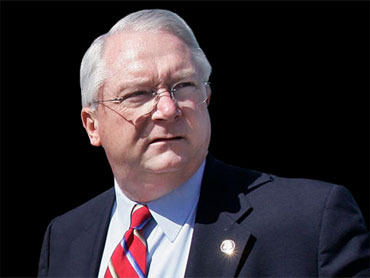 On "Washington Unplugged" Tuesday, Rep. Bart Stupak called for Rep. Randy Neugebauer, who shouted "baby killer"while Stupak was speaking in the House Sunday, to apologize on the House floor.

House Majority Whip James Clyburn of South Carolina has also called for Neugebauer to apologize on the House floor. Neugebauer has apologized to Stupak personally.

According to the conservative blog Riehl World View, Neugebauer said on a conference call with bloggers Tuesday that he would not apologize on the floor, since "what I said was the truth."

"I will apologize when they repeal this bill," he added.

In a note posted earlier on the conservative blog RedState.com, Neugebauer wrote that "While the floor of the House was the wrong place to shout out my objection, the fact remains that this legislation will kill babies."

Following in the footsteps of Rep. Joe Wilson, who was able to raise money off his "You Lie" outburst during a speech by President Obama, Neugebauer is reportedly trying to use his time in the spotlight to his advantage. CQ Politics reports that the Texas Republican is running ads on Google asking people to stand with him and directing them to a campaign page urging them to donate money.

He also released the response video above in which he defends his position. "I'm never going to quit speaking on behalf of the unborn," says Neugebauer, vowing to speak with the same intensity in the future, though "maybe in a little bit different forum."

Also Tuesday, House Majority Leader Steny H. Hoyer said that he does not believe an apology on the floor is necessary.

He has apologized, and indicated that he undermined the decorum [of the House], and he apologized to the institution itself," Hoyer said, according to the Washington Post. "I don't think we need to carry it further."