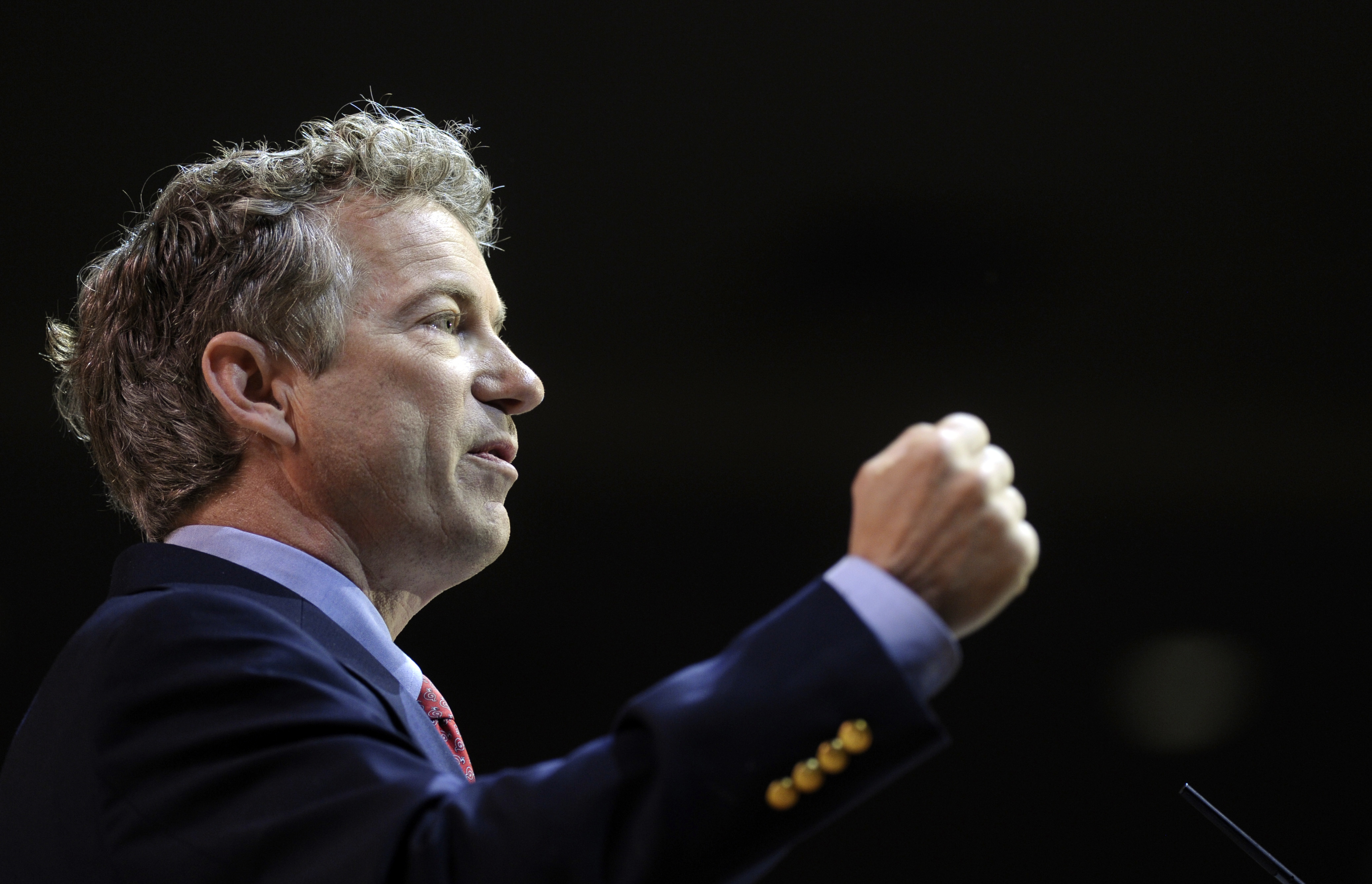 OXON HILL, Md. -- It's safe to say libertarian hero, former Rep. Ron Paul, R-Texas, has officially passed on the crown: His son, Sen. Rand Paul, R-Ky., walked away Saturday for the second consecutive year with the top honor from the annual straw poll at the Conservative Political Action Committee.

Though last year's poll found him in nearly a dead heat with Sen. Marco Rubio, R-Fla., Rand Paul managed to bring in 31 percent of the 2014 vote, followed distantly by Sen. Ted Cruz, R-Texas, with 11 percent. Ben Carson - a neurologist whose rant against President Obama launched him into the conservative stratosphere - clocked in at No. 3 with 9 percent.

It's the making of a hands-off-government political dynasty: Rand Paul's dad, three-time presidential candidate Ron Paul, has twice won the CPAC poll in years past. But the younger Paul, who's emerged as a bona fide conservative star in his own right, offers what is potentially a more realistic tie to the party's establishment base.

The CPAC straw poll is considered an informative but ultimately insignificant gauge of the enthusiasm of the conservative base - a rough verdict from the right wing on a variety of rising stars in the Republican Party. The winner of the straw poll has occasionally gone on to bigger and better things.

In 2012, during the fiery passion of a contested Republican presidential primary, eventual nominee Mitt Romney won the straw poll with 38 percent of the vote. He also claimed victory in 2009 and 2008.