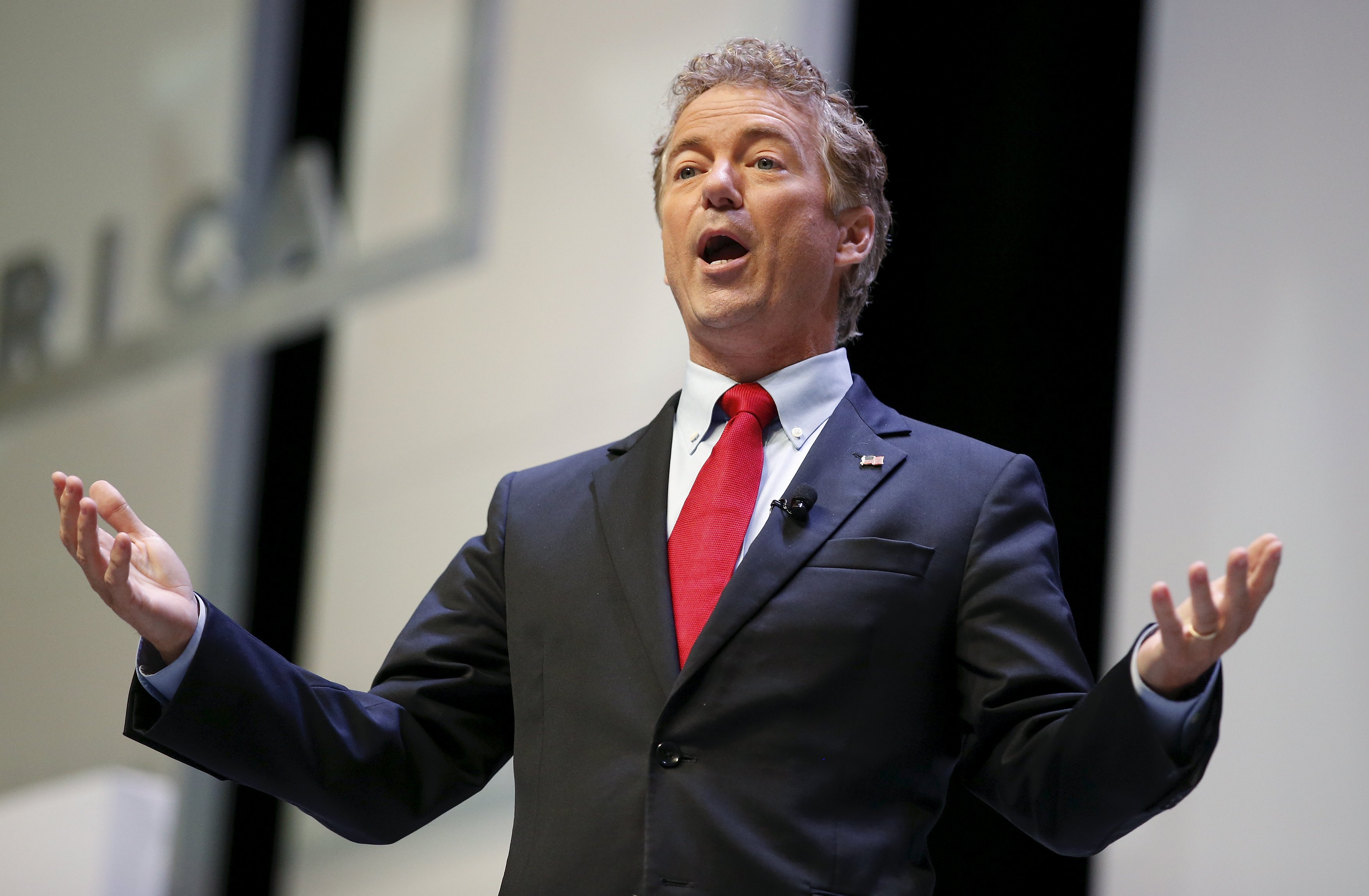 GOP Presidential candidate and Sen. Rand Paul, R-Kentucky, is having trouble expressing just how unhappy he is with the budget and debt ceiling deal negotiated between the White House and Congress this week.

"I think it is a horrible --it's hard for me not to use profanity in describing it. It's a bill that shows a careless disregard of the debt - it will raise the debt with no limit."

Before speaking to several hundred students and other supporters on a college campus in downtown Denver, Paul spoke to reporters backstage and announced that he would filibuster the budget compromise.

"I will do everything I can do stop it. I will filibuster it. I will not let them condense the time, I will make sure that the country is aware that really both sides appear to have given up right and left."

Paul added that the bill, "is basically a blank check to the president and to Congress to raise as much money and spend as much money as you want to until March 2017."

Paul's filibuster isn't indefinite. Sixty votes is sufficient to end Senate debate and overcome the filibuster. He can, however, speak for several hours and delay the vote for awhile.

Paul also appears to have the GOP debate Wednesday night on his mind. He's already setting up the contrast with his Senate colleagues who are also running for president.

"Rubio and Cruz have both supported nearly 200 billion dollars in new defense spending that would not have been offset by any cuts," Paul said. "I think that is irresponsible and shows them to be part of the problem, not the solution."

Continuing with his debate preview, Paul said, "I'm the only Republican that will be on the stage that says you know what, we have to conserve everywhere. Military spending as well as domestic spending, and that does allow me to occupy a unique position."