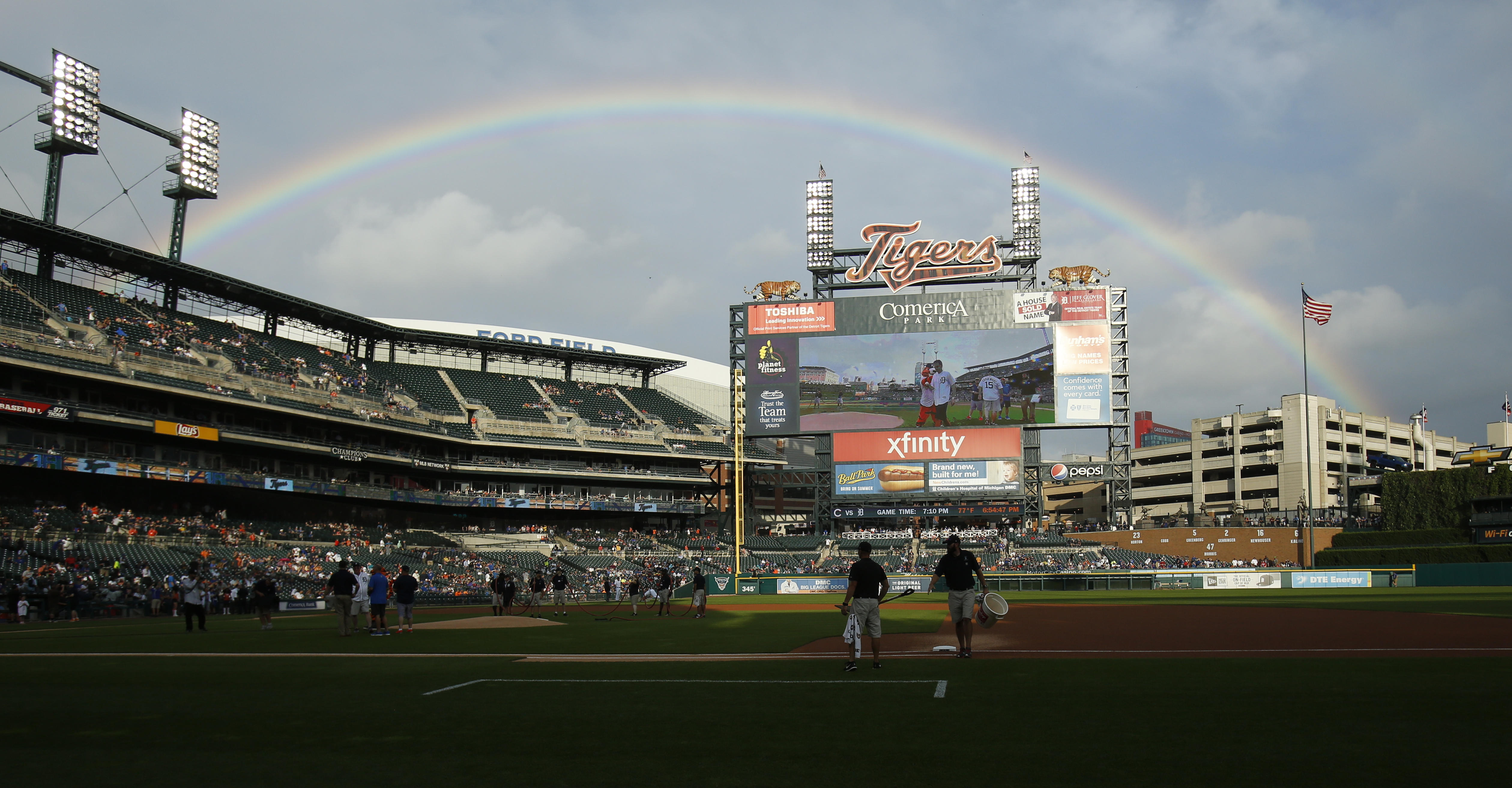 As the Detroit Tigers held a moment of silence for Aretha Franklin ahead of Tuesday's game against the Chicago Cubs, a dazzling sight appeared — a rainbow arced directly over the team's scoreboard.

The Tigers shared a picture of the serendipitous moment with a simple caption: "Some pictures say it all."

The Queen of Soul's songs were also played between innings during Tuesday's game, the Detroit Free Press reports. The Tigers' Facebook post had more than 3,000 shares as of Wednesday morning.

Comerica Park has displayed a tribute to Franklin, a hometown icon, since her death last Thursday, with the words "Respect" and "Forever our Queen" next to her picture.  She was a familiar face at Tigers games, MLB.com notes; she even sang the national anthem during the 2011 American League Championship Series.

The Tigers also honored Franklin last week by using titles of her songs in their game notes.

Aretha Franklin died last Thursday morning at her home in Detroit after a long battle with cancer, her family said in a statement. She was 76 years old. The singer, whose father was a Baptist preacher, was born in Memphis but grew up in Detroit, where she began singing in the church choir at an early age.