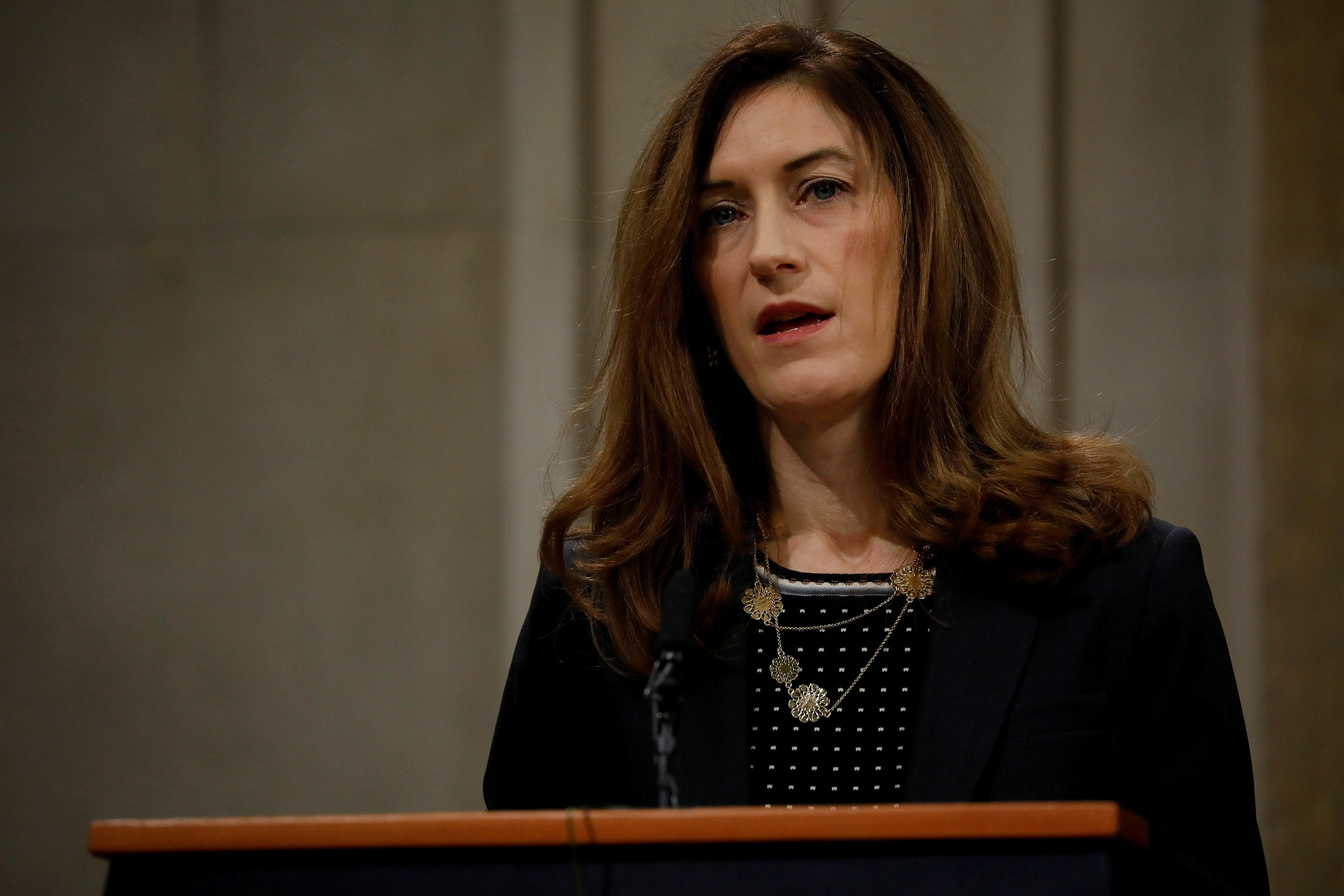 The third-highest-ranking official at the Justice Department, Rachel Brand, will step down nine months after she was confirmed as associate attorney general, the Associated Press confirmed. She is planning to step down at a time of turmoil in the agency.

Brand will be joining Walmart as its executive vice president of global governance and corporate secretary, the company confirmed in a news release late Friday. Brand currently oversees the DOJ's civil division, the civil rights division and the antitrust division. The New York Times first reported her departure.

The DOJ said Brand would leave "in the coming weeks."

With President Trump's persistent criticism of the FBI and DOJ, and of Deputy Attorney General Rod Rosenstein, who oversees the special counsel's probe into Russian meddling in the 2016 election, Brand has attracted attention as the person who would have been likely to take over that role, had Rosenstein left the job.

"Rachel Brand is a lawyer's lawyer," Attorney General Jeff Sessions said in a statement released by the DOJ late Friday. "She is a graduate of Harvard Law School, clerked at the Supreme Court, she worked at the White House, in academia, and has served in leadership positions spanning three administrations. As associate attorney general, she has played a critical role in helping us accomplish our goals as a department—taking on human trafficking, protecting free speech on campus, and fighting sexual harassment in public housing. And when I asked her to take the lead in the department's efforts on Section 702 re-authorization, she made this her top priority and combined her expertise and gravitas to help pass legislation keeping this crucial national security tool. Rachel has shown real leadership over many important divisions at the department. I know the entire department of Justice will miss her, but we join together in congratulating her on this new opportunity in the private sector. She will always remain a part of the Department of Justice family."

In the DOJ press release, Brand said, "The men and women of the Department of Justice impress me every day. I am proud of what we have been able to accomplish over my time here. I want to thank Attorney General Sessions for his leadership over this department. I've seen firsthand his commitment to the rule of law and to keeping the American people safe."

Across two administrations, starting with the Obama administration, Brand has been a proponent in the Justice Department of Section 702 of the Foreign Intelligence Surveillance Act. The 702 program allows the collection of foreign intelligence from non-Americans located outside the United States.

Brand publicly argued for its renewal as its expiration date approached in December, and urged Congress to drop many of the amendments it proposed to limit the scope of the program. In an op-ed in the Washington Post, she argued that the program is not a threat to civil liberties and that it's a critical tool with "undisputed value" in preventing multiple terrorist attacks.

During the Obama administration, Brand served on the Privacy and Civil Liberties Oversight Board, which studied the 702 program two years ago.