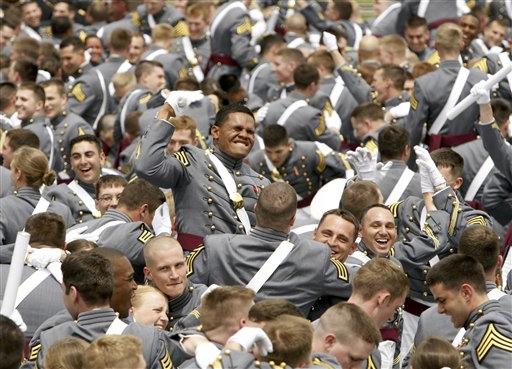 President Bush and Sen. John Kerry stayed on the offensive in swing states Sunday as the presidential race entered its final full week.

Polls showed a tight race growing tighter. An ABC News poll had the candidates essentially tied with 49 percent for Mr. Bush and 48 percent for Mr. Kerry, within a 2.5-point margin of error. The president had a 5-point lead in that poll last week.

A Reuters/Zogby survey gave Mr. Bush a 48-46 percent lead, also within the margin of error; the same poll was 47-45 percent last week, indicating fewer respondents are undecided. The Washington Post, which gave the president a lead of six points on Thursday, has Mr. Bush up 49-48 percent, within the margin.

The Reuters/Zogby poll had Mr. Bush up in the battleground states of Ohio and New Mexico, and Kerry ahead in Michigan. Statistical ties were seen in Colorado, Iowa, Florida, Michigan, Nevada, Pennsylvania and Wisconsin.

In a television interview, Mr. Bush said it is "up in the air" whether the nation can ever be fully safe from another terror attack and suggested terrorists may still be contemplating ways to disrupt the election.

Kerry ridiculed Mr. Bush's statement, suggesting it echoed an earlier assertion — later withdrawn — by the president that the war on terror could not be won.

"You make me president of the United States, we're going to win the war on terror," Kerry said at an evening rally in Boca Raton, Fla. "It's not going to be up in the air whether or not we make America safe."

Earlier, Kerry spoke at a predominantly black church for the fourth consecutive Sunday, this one in Fort Lauderdale in heavily Democratic Broward County, and promised worshippers their votes would be counted this time. The county saw some of the worst of Florida's 2000 vote-counting abuses. "I want you to turn out," the Democrat said.

Kerry pressed his attack on the president's record in new television ads, while on the campaign trail he sought to strike a more inspirational tone, saying in a speech on faith that values he practices as a Roman Catholic "will guide me as president."

The Democrat took on church bishops who have criticized his support for abortion rights and expanded embryonic stem cell research and who have said he should be denied Holy Communion for not advancing church teachings. "I love my church, I respect the bishops, but I respectfully disagree," Kerry said.

The campaigns were focusing their efforts on fewer than a dozen states that remain highly competitive, with both camps making last-minute scheduling decisions to reflect realities on the ground.

Kerry was headed to New Hampshire after Florida. Mr. Bush won both states in 2000. The Republican incumbent campaigned in New Mexico, which Democrat Al Gore narrowly won. Speaking at a high school stadium in Alamogordo, Mr. Bush cited his differences with Kerry over Iraq.

On a day when Jordanian-born terrorist Abu Musab al-Zarqawi's group claimed responsibility for ambushing and killing 50 U.S.-trained Iraqi soldiers, Mr. Bush declared: "Our troops will defeat Zarqawi and his likes overseas in Iraq so we do not have to face them here at home."

In a taped interview with Fox News Channel, Mr. Bush was asked whether the nation would always be vulnerable to another terror attack and whether Americans would always have to live with that.

"Yes, because we have to be right 100 percent of the time in disrupting any plot and they have to be right once," Mr. Bush said. He said the nation is safer from terrorism, but "whether or not we can be ever fully safe is up — you know, up in the air."

Mr. Bush caused a flap at the G0P convention in New York in late August when he said of the war on terror: "I don't think you can win it." The comment, made in an interview with NBC, complicated GOP efforts to portray him as a resolute leader.

The president quickly backed away from the earlier remark, asserting that the war on terror could be won, even if not in a conventional sense, and that he "probably needed to be more articulate."

Bartlett said Mr. Bush would spend the upcoming days focusing more closely on the two central issues: the war on terror and the economy. He will give a new speech on Monday in Greeley, Colo., on fighting terrorism and a new one on the economy on Tuesday in Wisconsin, Bartlett said.

New ads will be aired to bolster these messages, along with a 60-second spot in the final days that will make an "emotional, heartfelt" appear for keeping Mr. Bush in the White House.

Closing its own $150 million ad campaign, Kerry's camp said it planned to run a series of previously released television commercials with the candidate offering messages both hopeful about the future and sharply critical of Mr. Bush.

Meanwhile, Democrats welcomed President Clinton's plans to campaign for Kerry in Philadelphia on Monday and Florida the next day — his first public appearances since heart bypass surgery in early September — saying he could be a big help with swing voters.

"I think it's important for us for President Clinton to remind everybody" that under the Clinton-Gore administration " we were fully funding healthcare and a hundred thousand cops on the streets," Democratic party chairman Terry McAuliffe told the CBS News Early Show.

His Republican counterpart, Ed Gillespie, disagreed on the significance of Mr. Clinton's involvement.

"I think it's a sign that Sen. Kerry feels he doesn't have energized democrats and has to reach out and have Clinton with a little charisma transplant," he said.