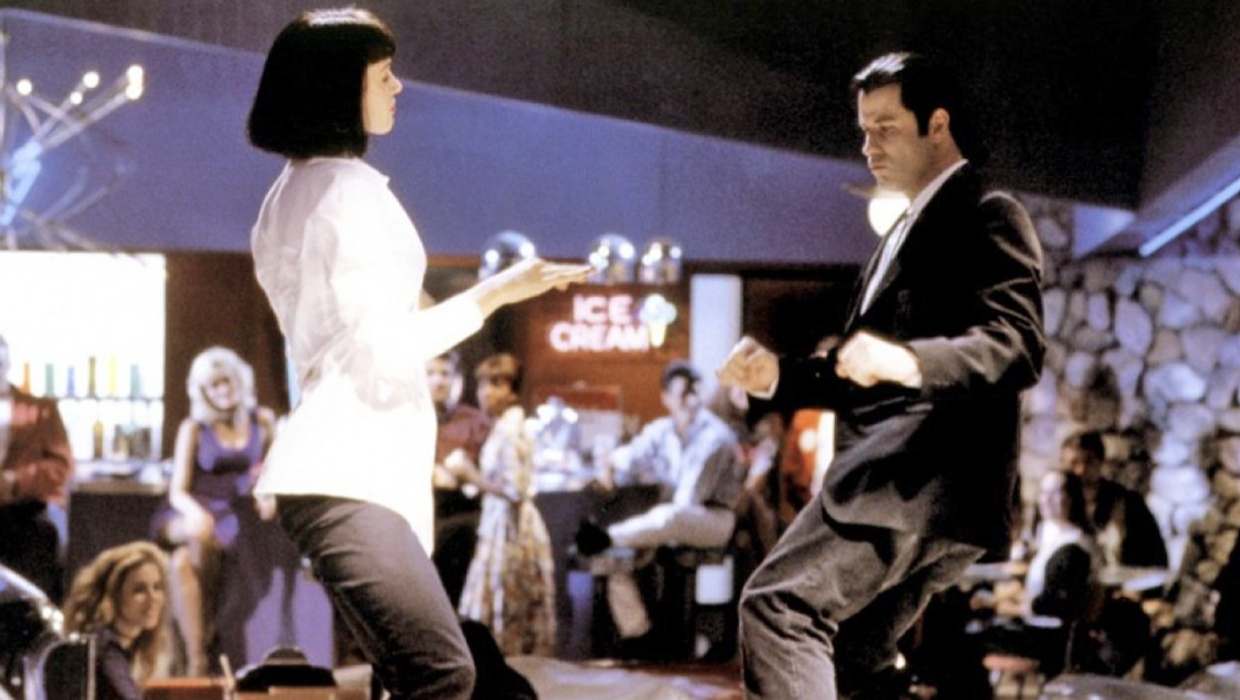 Who's hankering for a $5 milkshake right about now?

Quentin Tarantino's highly-acclaimed "Pulp Fiction" astonished filmgoers when it was first released on Oct. 14, 1994. Two decades later, the film's influence on the world of cinema can still be seen in its countless imitators.

Through the use of unconventional dialogue, an out-of-sequence narrative and an array of seedy main characters -- portrayed by an ensemble cast that included John Travolta, Samuel L. Jackson and Uma Thurman among many others -- Tarantino audaciously challenged traditional filmmaking techniques of the time and, in the process, paved the way for a new generation of directors.

"It is the most influential film of the decade," the late Pulitzer prize-winning critic Roger Ebert wrote in 2001 -- the year he added "Pulp Fiction" to his "Great Movies" list.

"I saw 'Pulp Fiction' for the first time at the Cannes Film Festival in 1994; it went on to win the Palme d'Or, and to dominate the national conversation about film for at least the next 12 months," Ebert wrote.

Made on a budget of just $8 million, the indie film became a breakout success with audiences after Cannes, grossing more than $213 million globally during its initial theatrical run.

"Pulp Fiction" has been cited by the American Film Institute as one of the top 100 greatest films ever made. The film also currently stands at No. 5 on IMDb's Top 250 list, which is generated through the site's user rankings.

In 2008, Entertainment Weekly listed "Pulp Fiction" as the greatest film released between 1983-2008.

In 2013, the U.S. Library of Congress selected "Pulp" for preservation in the National Film Registry.

Set within a violent criminal underworld, the ground-breaking neo-noir was told in a series of inter-connecting vignettes, with a lineup of dicey players who seemed to come straight out of an Elmore Leonard novel.

Travolta and Jackson played Vincent and Jules, a duo of gangsters who share oft-quoted back-and-fourths ("Do you know what they call a quarter-pounder with cheese in France?") before killing a group of young men on behalf of their boss, Marsellus Wallace (Ving Rhames).

Thurman co-starred as Wallace's substance-abusing wife, Mia, who goes on a date with Vincent and dances with him in one of the film's most parodied sequences (Thurman and Travolta themselves would go on to spoof the dancing scene when they reunited in 2005's much-maligned "Be Cool").

Bruce Willis also starred in "Pulp" as a boxer who draws the wrath of Wallace after winning a boxing match that was supposed to be fixed.

Other performances came from Tim Roth and Amanda Plummer, as a diner-robbing couple -- "Pumpkin" and "Honey Bunny."

Christopher Walken delivered a memorable monologue in his one-scene role, while Harvey Keitel was all too convincing as a "clean-up" man for a gruesome crime scene.

Following the film's release, the director would go on to win an Oscar in 1995, along with co-writer Roger Avary, for penning the "Pulp"screenplay. It was the only Academy Award the film would receive that year. The film had been nominated in seven categories (Travolta, Jackson and Thurman all received nods for their performances) but lost out to "Forrest Gump" in nearly every field -- including best picture.

Despite the technical achievements in "Forrest Gump," time has shown Tarantino's work has arguably had the greater impact.

"Pulp" still inspires dialogue and debate among fans and cinema scholars alike -- the mystery over what was in Wallace's briefcase, for instance, lingers today. There's also been much analysis of Jackson's quoting of the Bible, spoken in the midst of a powerful monologue.

To mark the film's 20th anniversary, "Pulp" was screened once again this year in Cannes.

"Winning the Palm d'Or [in 1994] to this day has still been, as far as laurels are concerned, my single absolutely positively greatest achievement," Tarantino said in May at a Cannes press conference. "Of all the trophies that I have won, it's the one that has the biggest place of honor inside my home."

A new crop of young viewers, some of whom perhaps weren't even born at the time of the film's release, are being exposed to "Pulp" through modern-day viewing formats like Netflix.

But Tarantino has tried to play down the influence that "Pulp" has had on viewers, as well as his cinematic contemporaries.

"I take it absolutely as homage," Tarantino said of his imitators. "Sometimes it was less that they were stealing from me than it was the atmosphere at the time...It was just a movement in the air."

"I happened to be one of the first ones out of the gate, so I reaped the benefits."

Check out our photo gallery for a closer look at the film's impact.

Tell us: What's your favorite scene or quote from the film?