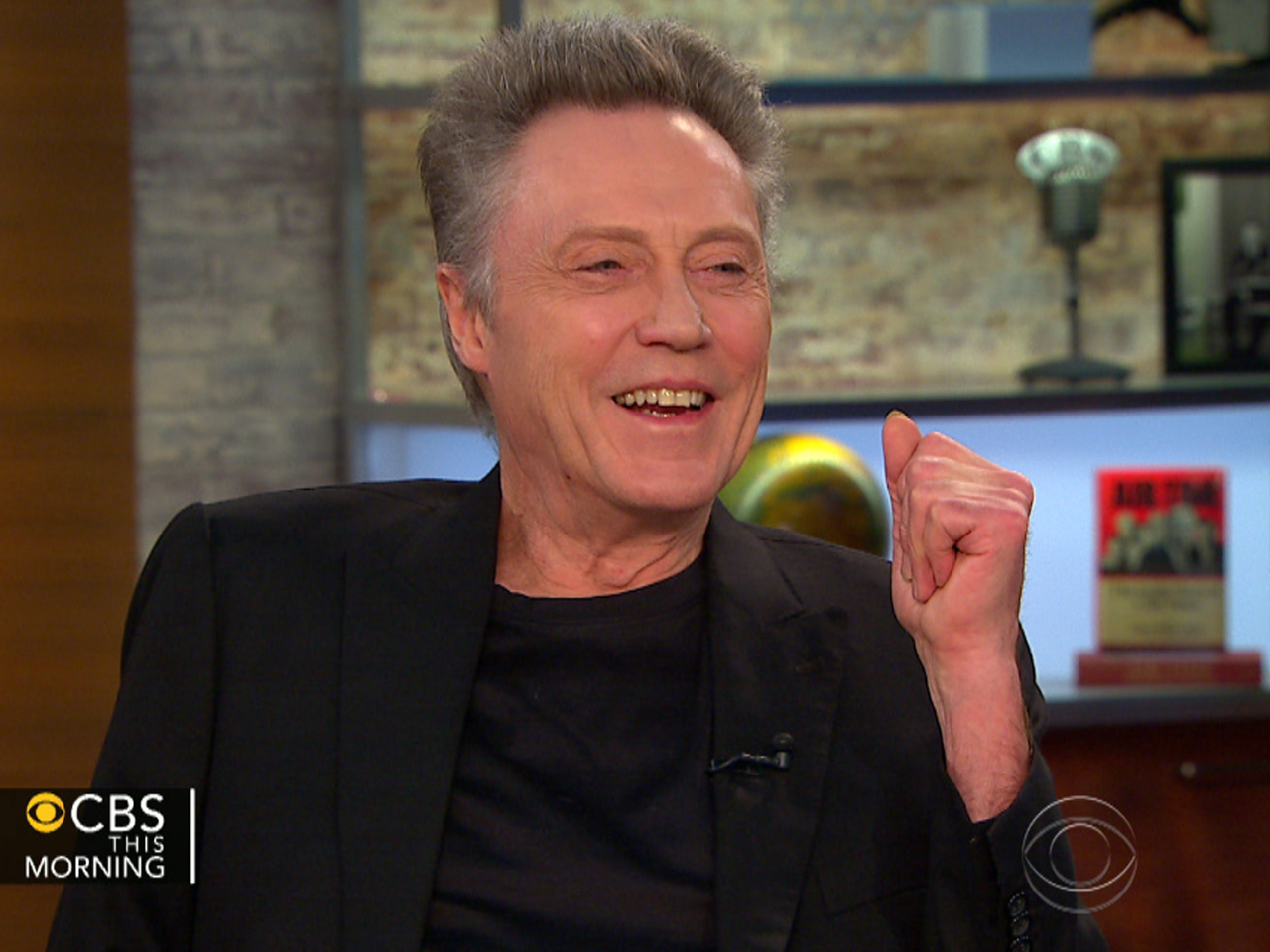 (CBS News) Academy Award-winning actor Christopher Walken has played a considerable number of wacky characters over the years, from a man who hid his watch in an unorthodox location in "Pulp Fiction" to the tortured Hessian Horseman in "Sleepy Hollow."

But, as Anthony Mason pointed out on "CBS This Morning," Walken himself, out-of-character, is known as a pretty conservative guy.

On "CTM," Walken agreed with that assessment, saying, "I've been married almost 50 years. And I have a nice house. My cat loves me."

Asked why Walken is often cast in roles with strange characters, the actor said it stems from his early days in Hollywood.

"Movies are so expensive to make that if you do something, and in my early time in the movies had to do with 'Annie Hall' and 'The Deer Hunter' and both times I was troubled and suicidal and I think that movies are so expensive that if you do something that works a little bit, you know, whether you're the leading man or best friend or the funny guy or the villain, that you might get asked to do that again. And I think that actors who work are lucky."

Asked if he ever worries if people think he's crazy like his characters, Walken said, "It doesn't happen. I live in New York and people say, 'Hi Chris,' and I think they understand. For a long time, I looked a lot younger than I was, and as I get older I'm starting to play uncles and dads and grandfathers."

In his latest movie, a CBS Films production called "Seven Psychopaths," Walken again treads into crazy territory: his character Hans is a non-violent guy who kidnaps dogs for the reward money.

Walken declined to speak about the night of Natalie Wood's death. He was on the boat the night she died. Walken said, "I stopped talking about that 30 years ago, and there's so much information, books and Internet. And, you know, everything. Anything you want to know, go look."

For more with Walken -- including how he chooses his roles, why he thinks like a dancer, and how he developed a special relationship with a dog on the set of "Seven Psychopaths" -- watch the video in the player above.

Instagram's decision to hide "likes" is getting dislikes