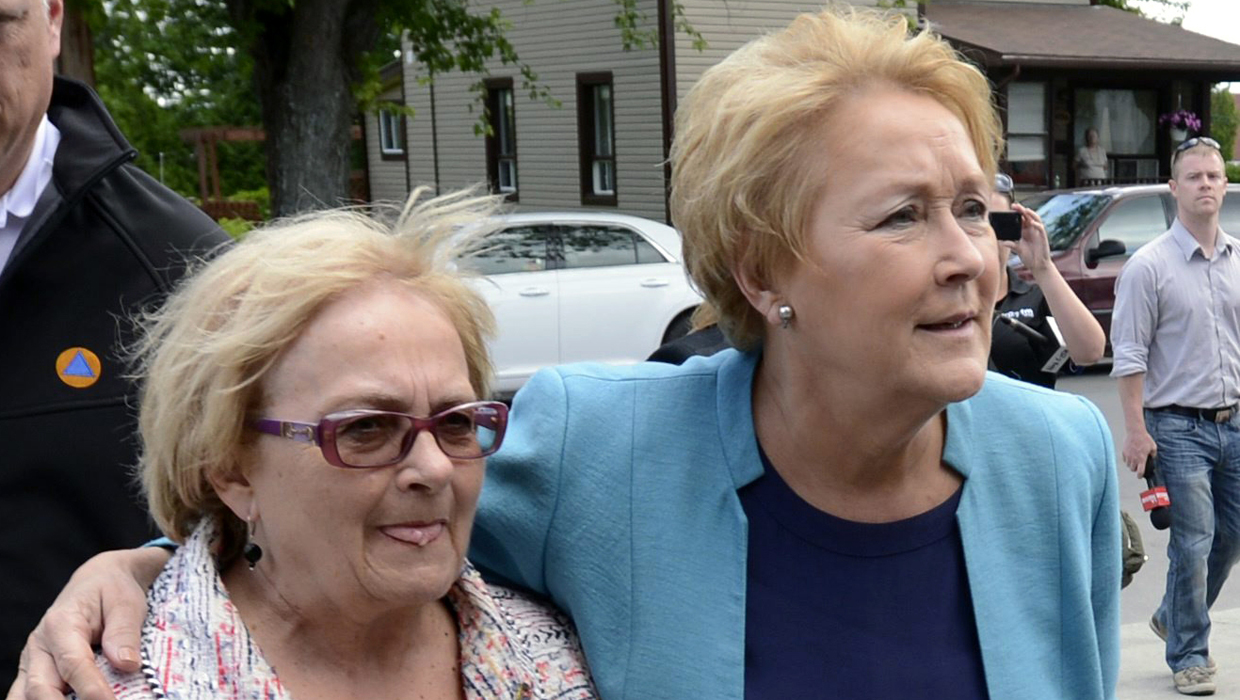 LAC-MEGANTIC, Quebec The premier of the Canadian province of Quebec is denouncing the response of railroad executives in the aftermath of a fiery derailment and explosion that left 50 people dead.

Premier Pauline Marois arrived today in Lac-Megantic, the community that was partly demolished by the explosion of oil tanker cars on the runaway train early Saturday.

She said before arriving in the town that there have been "serious gaps" from the railroad company "from not having been there and not communicating with the public." And she described as "deplorable" and "unacceptable" the attitude of Edward Burkhardt, the head of the U.S.-based parent company of the railway company.

Burkhardt himself arrived in the town yesterday with a police escort, and faced jeers from residents. He said he had delayed his visit in order to deal with the crisis from his office in Chicago.

Burkhardt yesterday blamed an engineer for failing to set the brakes properly before the train hurtled down a seven-mile incline, derailed and ignited. He said the engineer had been suspended without pay and was under "police control."

Investigators also had spoken with Burkhardt during his visit, said a police official, Sgt. Benoit Richard. He did not elaborate.

Until Wednesday, the railway company had defended its employees' actions, but that changed abruptly as Burkhardt singled out the engineer.

"We think he applied some hand brakes, but the question is, did he apply enough of them?" Burkhardt said. "He said he applied 11 hand brakes. We think that's not true. Initially we believed him, but now we don't."

Burkhardt did not name the engineer, though the company had previously identified the employee as Tom Harding of Quebec. Harding has not spoken publicly since the crash.

"He's not in jail, but police have talked about prosecuting him," Burkhardt said. "I understand exactly why the police are considering criminal charges ... If that's the case, let the chips fall where they may."

Investigators are also looking at a fire on the same train just hours before the disaster. A fire official has said the train's power was shut down as standard operating procedure, meaning the train's air brakes would have been disabled. In that case, hand brakes on individual train cars would have been needed.

The derailment is Canada's worst railway disaster since a train plunged into a Quebec river in 1864, killing 99.

The crash has raised questions about the rapidly growing use of rail to transport oil in North America, especially in the booming North Dakota oil fields and Alberta oil sands far from the sea.