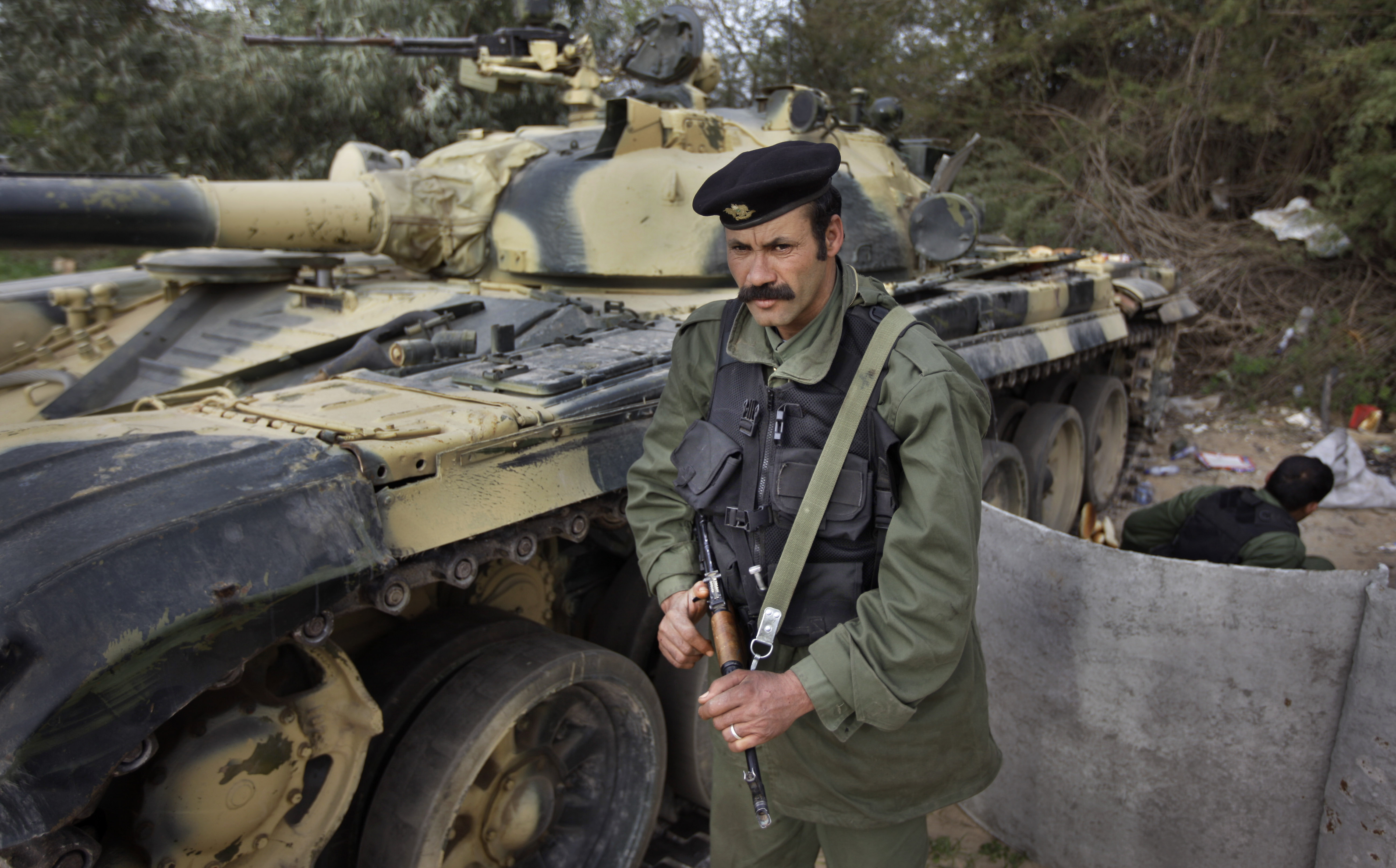 BENGHAZI, Libya - Libya's rebels said Friday they have reports that Muammar Qaddafi's youngest son, who commands one of the regime's strongest military brigades, was killed in a NATO airstrike in the western town of Zlitan.

NATO said in a statement that it was aware of the reports that Khamis Qaddafi had been killed, but it did not confirm his death. The alliance confirmed the strike in a statement to CBS News, saying an ammunition storage facility and a military police compound "within a combat area" were targeted Friday morning. The strike occurred in Zlitan, which is the main front of fighting between rebels and Qaddafi's troops, 90 miles southeast of Tripoli.

Mohammed al-Rajali, a spokesman for the rebel leadership in the eastern stronghold of Benghazi said there were unconfirmed reports Khamis was among 32 troops killed when NATO hit a government operations center early Friday.

"We want to capture all of these criminals and try them and bring them to justice but if killing them this way will stop the bloodshed I think it is another option," al-Rajali told The Associated Press.

Libyan government spokesman Moussa Ibrahim denied the report to Reuters, calling it a "dirty trick" to cover up the killing of a civilian family in Zlitan.

NATO said it takes "all allegations about civilian casualties very seriously and we are looking into it, as we always do."

The death of the 27-year-old Khamis Qaddafi would be a significant blow to the regime's efforts to fight off the rebels. He commands the 32nd Brigade, also known simply as the Khamis Brigade, one of the best trained and equipped units in the Libyan military.

Khamis' troops have been fighting rebels in and around the western town of Zlitan for months. The town is a major obstacle in the path of rebels from the nearby city of Misrata trying to make their way to the capital, Tripoli. The civil war has largely devolved into a stalemate — both at Zlitan and further east, around the oil port of Brega.

This isn't the first time Khamis has been reported dead by rebel forces.

In late March, rumors circulated that he was killed in an airstrike, only to be shown days later on state television attending a celebration in his honor at his father's Bab al-Aziziya compound in Tripoli.

Qaddafi's sons and a daughter have all played roles in their father's regime, some in diplomatic or business roles. His sons Mutassim, Khamis and al-Saadi all head military brigades.

A third son, Seif al-Islam, has become the Western face of the regime and before the uprising began in February was put forth as the reformer, heading a variety of youth organizations.

In May, Libyan officials announced on state TV that another of Qaddafi's seven biological sons, Seif al-Arab, was killed along with three of Moammar Qaddafi's grandchildren in a NATO airstrike against his house in the Tripoli neighborhood of Ghargour. The Libyan leader and his wife were inside but escaped unharmed, according to Libyan officials.

Khamis was injured in U.S. bombing raids in 1986 shortly after Libya was blamed for masterminding a bombing in West Berlin that killed an American soldier and woman. He would have been 2 or 3 years old at the time.

In February, eight days before the Libyan uprising began, Khamis Qaddafi was given a VIP tour of the Air Force Academy in Colorado during a U.S. tour. After he returned home, he led forces loyal to his father in an assault on the rebel-held city of Zawiya, where civilian protests against his father were crushed.