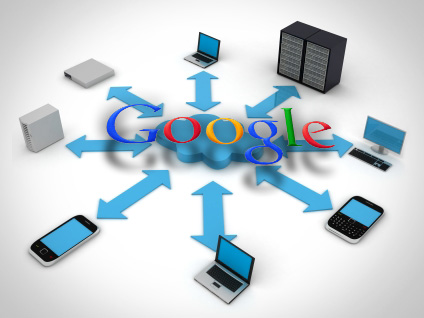 (AP) SAN FRANCISCO - If you're amazed — and maybe even a little alarmed — about how much Google seems to know about you, brace yourself. Beginning Thursday, Google will operate under a streamlined privacy policy that enables the Internet's most powerful company to dig even deeper into the lives of its more than 1 billion users.

Google says the changes will make it easier for consumers to understand how it collects personal information, and allow the company to create more helpful and compelling services. Critics, including most of the country's state attorneys general and a top regulator in Europe, argue that Google is trampling on people's privacy rights in its relentless drive to sell more ads.

Here's a look at some of the key issues to consider as Google tries to learn about you.

How to remove your Google Web History

A: Google Inc. is combining more than 60 different privacy policies so it will be able to throw all the data it gathers about each of its logged-in users into personal dossiers. The information Google learns about you while you enter requests into its search engine can be culled to suggest videos to watch when you visit the company's YouTube site.

Users who write a memo on Google's online word processing program, Docs, might be alerted to the misspelling of the name of a friend or co-worker a user has communicated with on Google's Gmail. The new policy pools information from all Google-operated services, empowering the company to connect the dots from one service to the next.

Q: Why is Google making these changes?

A: The company, based in Mountain View, Calif., says it is striving for a "beautifully simple, intuitive user experience across Google." What Google hasn't spent much time talking about is how being able to draw more revealing profiles about its users will help sell advertising — the main source of its $38 billion in annual revenue.

One reason Google has become such a big advertising network: Its search engine analyzes requests to figure out which people are more likely to be interested in marketing pitches about specific products and services. Targeting the ads to the right audience is crucial because in many cases, Google only gets paid when someone clicks on an ad link. And, of course, advertisers tend to spend more money if Google is bringing them more customers.

Q: Is there a way to prevent Google from combining the personal data it collects from all its services?

A: No, not if you're a registered user of Gmail, Google Plus, YouTube, or other Google products. But you can minimize the data Google gathers. For starters, make sure you aren't logged into one of Google's services when you're using Google's search engine, watching a YouTube video or perusing pictures on Picasa. You can get a broad overview of what Google knows about you at http://www.google.com/dashboard , where a Google account login is required. Google also offers the option to delete users' history of search activity.

It's important to keep in mind that Google can still track you even when you're not logged in to one of its services. But the information isn't quite as revealing because Google doesn't track you by name, only through a numeric Internet address attached to your computer or an alphanumeric string attached to your Web browser.

A: No, a few products, such as Google's Chrome Web browser and mobile payment processor Wallet, will still be governed by separate privacy policies.

A: The company has no doubt about it. That's why it's repeatedly rebuffed pleas to delay the changes since announcing the planned revisions five weeks ago. But privacy activists and even some legal authorities have several concerns.

The Electronic Privacy Information Center, a privacy rights group, sued the FTC in a federal court in an effort to force the FTC to exercise its powers and block Google's privacy changes. A federal judge ruled the courts didn't have the authority to tell the FTC how to regulate Google. The FTC says it is always looking for evidence that one of its consent orders has been violated.

Earlier this week, the French regulatory agency CNIL warned Google CEO Larry Page that the new policy appears to violate the European Union's strict data-protection rules. Last week, 36 attorneys general in the U.S. and its territories derided the new policy as an "invasion of privacy" in a letter to Page.

One of the major gripes is that registered Google users aren't being given an option to consent to, or reject, the changes, given that they developed their dependence on the services under different rules. In particular, people who bought smartphones running on Google's Android software, and signed two-year contracts to use the devices, may have a tough time avoiding the new privacy policy. They could switch to non-Google services, but those typically don't work as well on Android software. Or they could buy a different smartphone and pay an early-termination penalty.

Q: What regulatory power do government agencies have to change or amend the privacy changes?

A: The U.S. Federal Trade Commission gained greater oversight over Google's handling of personal information as part of a settlement reached last year. Google submitted to the agreement after exposing its users email contacts when it launched a now-defunct social networking service called Buzz in 2010. The consent order requires Google's handling of personal information to be audited every other year and forbids misleading or deceptive privacy changes.

Google met with the FTC before announcing the privacy changes. Neither the company nor the FTC has disclosed whether Google satisfied regulators that the revisions comply with the consent order.