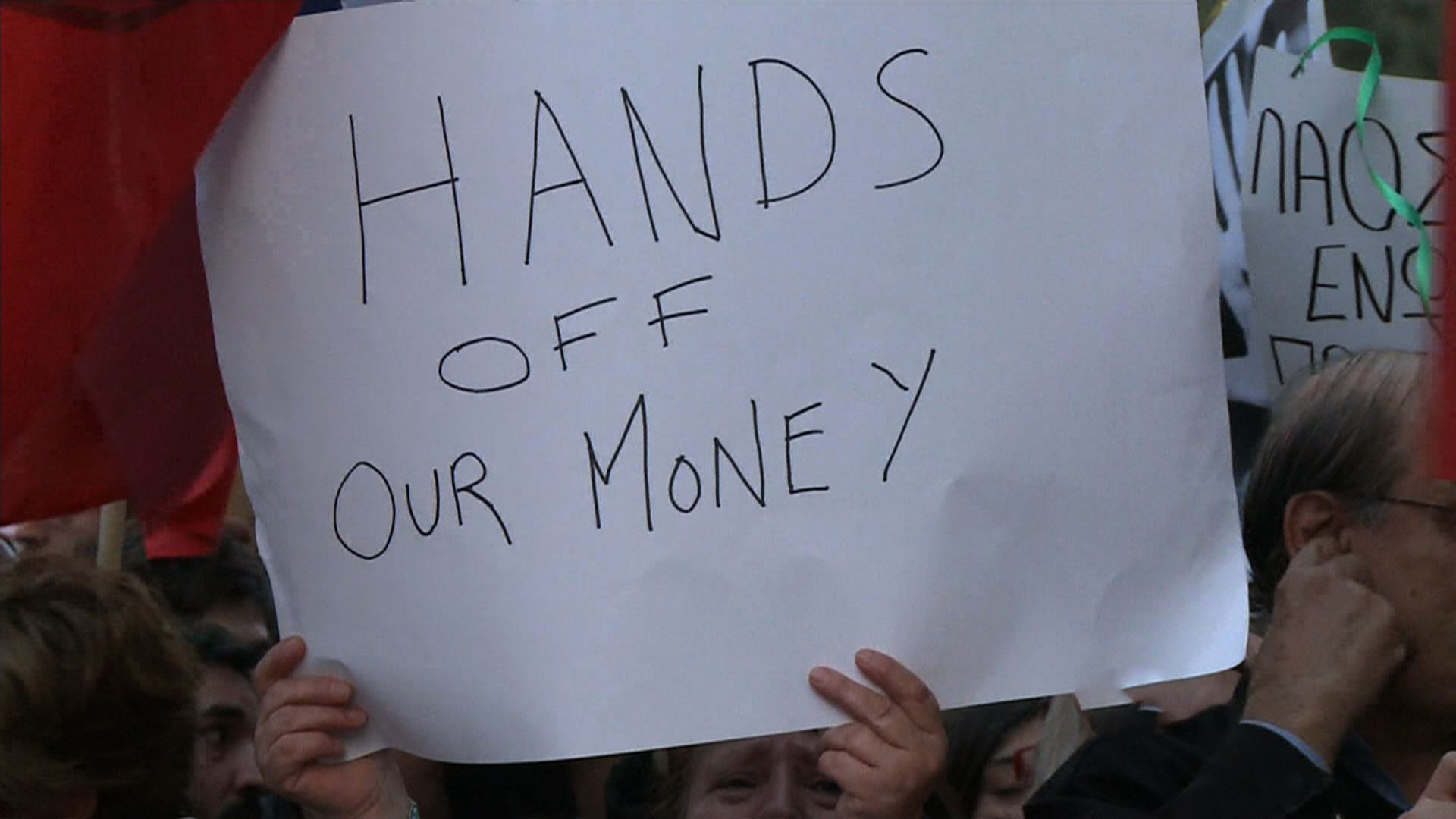 (MoneyWatch) Cyprus on Sunday reached a last-minute $13 billion deal with international lenders to bail out its ailing banks, avoiding a potential financial collapse that could've forced the island nation to exit the eurozone. Here's what the pact is all about.

A: In order to raise $7.5 billion, bondholders and wealthy savers at the country's two largest banks will face significant losses, with the remainder coming from tax increases and privatizations.

Laiki, the country's second-largest bank, will be restructured, with all bondholders and people with more than $129,480 (100,000 euros) in their accounts facing significant losses. A "bad bank" will be set up to house uninsured deposits and the lender's poorly performing loans, with guaranteed deposits being transferred to the nation's biggest lender, Bank of Cyprus.

Deposits at Bank of Cyprus above the $129,480 insured level will be frozen until it becomes clear whether, or to what extent, they will also be forced to take losses. The money from those deposits will eventually be converted into bank shares. German Finance Minister Wolfgang Schaeuble said he expected slightly more than 50 percent of savings at Bank of Cyprus to be involved in the swap.

It is not yet clear how severe the losses would be to Laiki's large bank deposit holders, but the European finance ministers said the restructuring deal is expected to yield $5.4 billion overall. Analysts estimate that depositors may lose up to 40 percent of their money.

The international creditors also said the country's business model of attracting foreign investors, including many Russians, with low taxes and lax financial regulation had backfired and needed to be reformed. The country will have to cut its budget, implement structural reforms and privatize state assets.

Q: Why was the banking deal necessary?

A: Cyprus' banks, whose assets have swollen to eight times the size of the economy in recent years, hold a large amount of Greek bonds. Last year, in an effort to make sure Greece could continue paying its debt to international lenders, private bondholders had to devalue their bonds by 75 percent. That, along with the continuing economic depression in Greece, has rendered those bonds close to worthless. This, in turn, rendered the banks insolvent.

In order to get the bailout money, Cyprus needed to come up with $7.5 billion. A previous deal would have raised the funds by taking 6.75 percent from all accounts in Cypriot banks with less than $129,370; those with more than that would have lost 9.9 percent of the amount on deposit. This plan outraged the nation's populace, and on Tuesday the Cypriot Parliament unanimously rejected it.

The European Central Bank gave Cyprus' government until Monday to come up with a new plan, threatening to end emergency funding for the banks if no deal was arranged.

Q: Why were the banks' assets so large?

A: The banks held $87 billion in deposits, including $49 billion in accounts with more than $129,370. This is an huge amount for a nation with a population of roughly 860,000. They could never have created such an enormous financial system on their own.

Cyprus has very lax banking regulations that made the banks popular with Russians looking to store money without too many questions being asked. International police groups and foreign bank regulators have said this is likely an effort to launder money from some of Russia's many criminal organizations.

Q: Will Parliament approve this plan?

A: Parliament does not get to vote on this plan because of a change in the method used to collect the money. The losses taken by large depositors are now coming from a restructuring of Laiki and Bank of Cyprus and not a tax.

A: Not entirely. Cyprus' banks, which have been closed for the past week, remain vulnerable to a bank run. While cash has been available via ATMs, many of those ran out of money. Withdrawals from Laiki and Bank of Cyprus have been limited to $128. In order to prevent a run when banks reopen, Parliament has given the government power to impose controls on domestic and international withdrawals.

Q: What will this mean for Cyprus?

A: Cyprus' economy is likely to suffer in the short term, and possibly for much longer. Offshore banking and Russian money have been the primary drivers of the Cypriot economy for many years, so shrinking the financial sector will take a toll, even if that is essential to reduce risk. Analysts say the economy is likely to contract by at least 10 percent in the years ahead.