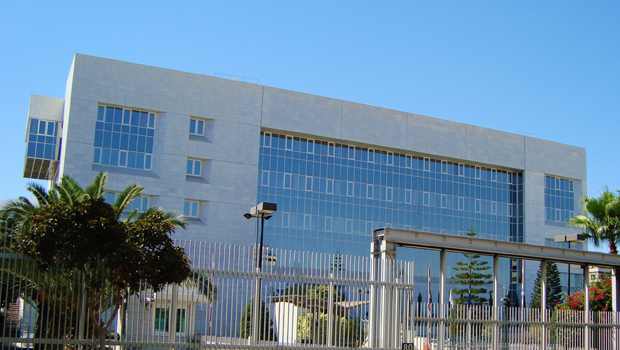 NEW YORK Banks in Cyprus will not open before Tuesday at the earliest as government officials try to find a new plan to stave off financial ruin, the central bank's spokeswoman said Wednesday.

Aliki Stylianou said the banks would remain shut for another two days, Thursday and Friday. Monday is a national bank holiday in Cyprus.

The cash-strapped lenders have been closed since Saturday, when Cyprus said it would raid bank deposits to help fund its international bailout package, to avoid a bank run.

The Parliament this week rejected the plan to take a portion of bank deposits, leaving the country's bailout plan in doubt.

Cypriot officials are looking for alternative ways to scrounge up the 5.8 billion euros ($7.51 billion) that the country's euro area partners and the IMF expect in order to loan another 10 billion euros.

The money is needed to shore up the ailing banks and government finances. Without the funds, Cyprus' banks could collapse, the government would struggle to pay its bills and the country could become the first to be forced out of the European single currency.

By Wednesday night, there were still no details on what a Plan B might entail. Finance Minister Michalis Sarris was in Moscow seeking help from Russia, including an extension on a loan extended in 2011.

Representatives of Cyprus' potential international lenders - the IMF, European Central Bank and European Commission, known as the troika - met with the country's president and other top officials to discuss the next steps.

An official with knowledge of the negotiations said the troika was pressing for the country's two top lenders, Laiki and the Bank of Cyprus, to be shut down definitively. The official, who spoke only on condition of anonymity because they were not authorized to speak about the negotiations, said there was no Plan B yet.

More companies are beating profit forecasts -- thanks to gimmicks

QVC buys HSN in a move to challenge Amazon