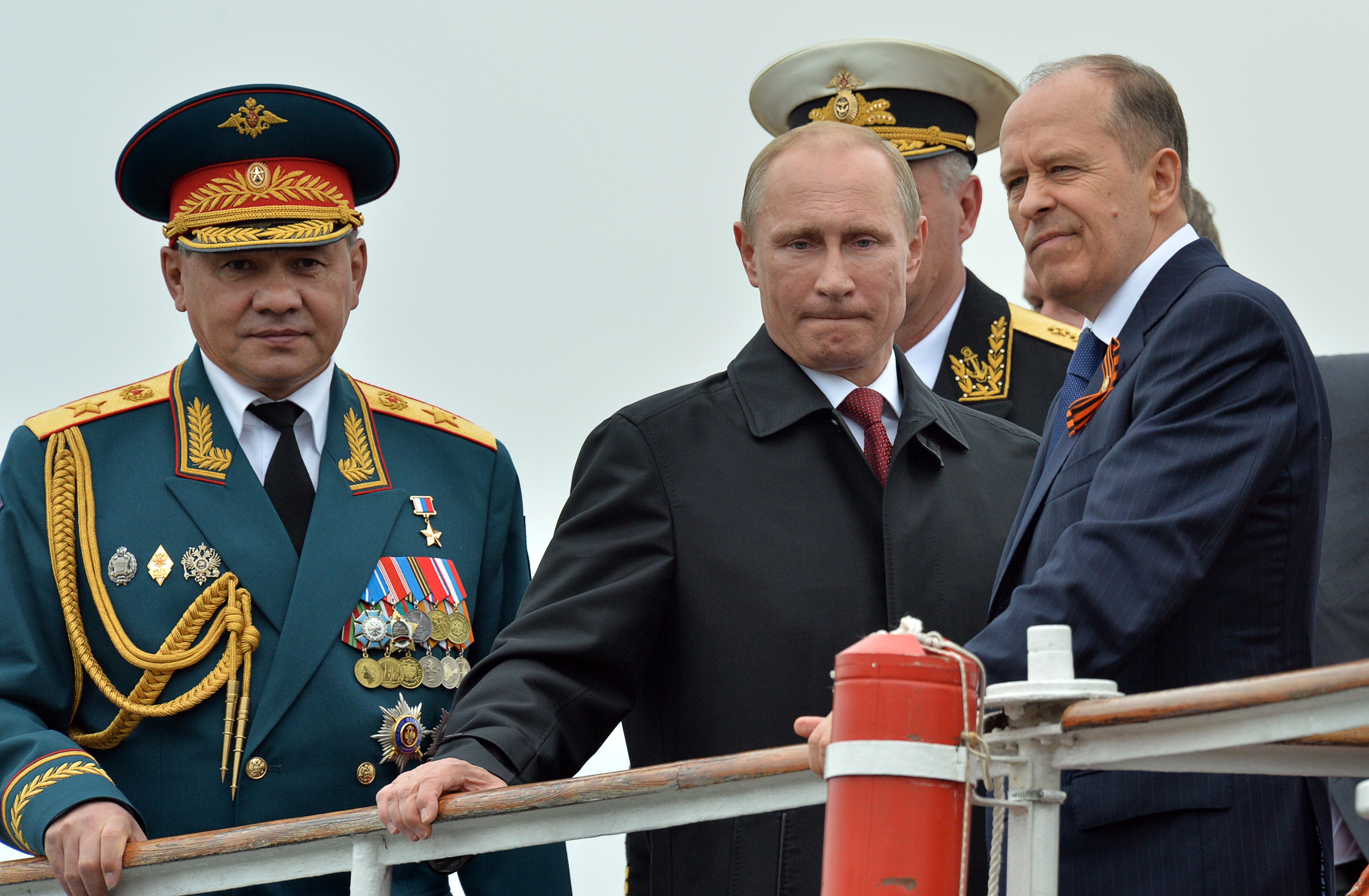 KIEV, Ukraine -- Ukraine must pay in advance for Russian gas supplies starting from next month, Russian President Vladimir Putin said Thursday, raising pressure on the struggling neighbor as Moscow voiced dismay over what it says is Ukraine's reluctance to implement an international peace plan.

Putin said in a letter to European leaders that Ukraine's debt for Russian gas supplies has reached $3.5 billion, and because of its refusal to pay Moscow, it will have to switch to pre-paid gas deliveries starting from June 1.

The Russian president first warned of the move in April in a letter to European leaders, whose nations are customers of Russian state-controlled Gazprom natural gas giant. Ukraine serves as a major conduit for Russian gas supplies to Europe, and pricing disputes have led to shutdowns in the past.

Putin said that gas talks involving Russia, Ukraine and the European Union have failed to reach a compromise, and pointed at Ukraine's refusal to pay even though it has received $3.2 billion bailout from the International Monetary Fund.

Ukraine says it would pay if Moscow restores the price discounts canceled after the toppling of pro-Russian President Viktor Yanukovych in February after months of protests.

Russia denounced Yanukovych's ouster as a coup and quickly sent its troops to take over Ukraine's Black Sea peninsula of Crimea, which it annexed weeks later. In April, a mutiny erupted across Ukraine's vast eastern industrial heartland, where pro-Russian insurgents seized government buildings and fighting government troops. Many in the east see the new government in Kiev as nationalists bent on repressing Russian speakers.

The insurgents in the Donetsk and Luhansk regions declared independence after Sunday's referendum, which was rejected as a sham by Ukraine's government and the West. Those in Donetsk even asked to join Russia, but the Kremlin has clearly signaled it has no intention to do so in an apparent hope to negotiate a settlement to the worst Russia-West crisis in a generation.

Kiev and the West alleged Russia was fomenting the unrest, which Moscow denies. The U.S. and European Union have imposed sanctions on Russia in the crisis.

Moscow supported a Swiss-brokered peace plan, which calls for ending hostilities and amnestying the rebels and urges a nationwide dialogue between the government and its foes on decentralization and the status of the Russian language. Ukraine has remained cool to the initiative, saying it fails to require any Russian action to de-escalate the crisis.

The first session of a round table intended to jumpstart the dialogue was held in Kiev Wednesday, but the government has refused to invite representatives of the insurgents in the east, saying it wouldn't talk to "terrorists."

The next round of talks is expected on Saturday, but the government hasn't yet made any specific commitments.

In the east of Ukraine, insurgents said they hadn't been invited to the Kiev round table and said that talks should be held in Donetsk. One of the leaders of the insurgency, Denis Pushilin, said it should focus on prisoners exchange and the pullout of the government forces, who he called "occupation troops."

In Moscow, Russian Foreign Ministry spokesman Alexander Lukashevich criticized what he called a "stubborn reluctance of the authorities in Kiev to launch a real process of national reconciliation."

Commenting on Moscow's attitude to the Donetsk insurgents' appeal to join Russia following the referendum, Lukashevich made it clear that the Kremlin has no immediate intention to do so, saying that the priority is to encourage talks between the government and its foes.

"Russia has actively pushed for launching a broad national dialogue between Ukrainians about ways of forming the future of Ukrainian state," Lukashevich said.

The insurgents in Donetsk on Thursday announced the creation of their own parliament and Cabinet.

"A civil war is under way, and it's important for us to create a power bloc to successfully fight the Kiev junta," said Yelena Korovkina, a member of the self-proclaimed parliament.

On Thursday, Ukraine's acting president, Oleksandr Turchynov, claimed the Ukrainian army destroyed an insurgent base in the city of Slovyansk and another one in nearby Kramatorsk, about 150 kilometers (95 miles) west of the Russian border.

Ukraine's defense ministry said there were no casualties while the army took three insurgents captive, including one who was armed with a rocket-propelled grenade launcher.

AP journalists in Slovyansk heard bursts of automatic gunfire overnight, but details of Turchynov's statement couldn't be independently confirmed. The situation was quiet during the day Thursday, and there has been no comment from the insurgents to the claims made by Turchynov.

Turchynov didn't describe the insurgents' bases or give any further details. Both government troops and insurgents have checkpoints around Slovyansk and Kramatorsk.

Some previous Ukrainian claims of successful operations have proved to be exaggerated.