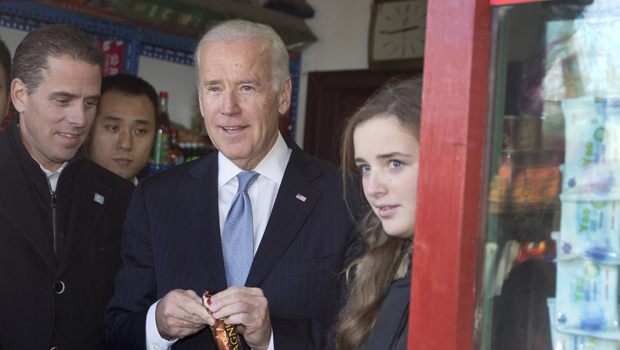 WASHINGTON - Hunter Biden, the younger son of Vice President Joe Biden, is joining the board of a gas company operating in Ukraine, the company announced Tuesday, as the West seeks to help Ukraine wean itself off its dependence on Russian energy.

Burisma Holdings said Biden, an attorney and chairman of the board of the World Food Program USA, will head the Burisma's legal unit, and will also seek support for the company among international organizations.

"I believe that my assistance in consulting the company on matters of transparency, corporate governance and responsibility, international expansion and other priorities will contribute to the economy and benefit the people of Ukraine," Hunter Biden said in a statement released by the company.

The announcement comes as Ukraine and the U.S. are looking to decrease Ukraine's reliance on Russian energy amid threats from Moscow to cut Ukraine off if it doesn't pay massive debts. Western countries believe Russia would have less leverage in the crisis with Ukraine if Europe was less dependent on Russian gas.

"Hunter Biden is a private citizen and a lawyer," said Biden spokeswoman Kendra Barkoff. "The vice president does not endorse any particular company and has no involvement with this company."

Still, Vice President Biden has spoken frequently about the need to increase Ukraine's energy independence, including during a recent visit to Kiev. He's also a key interlocutor for the Obama administration with Kiev and other anxious nations in the region as the crisis there has unfolded.