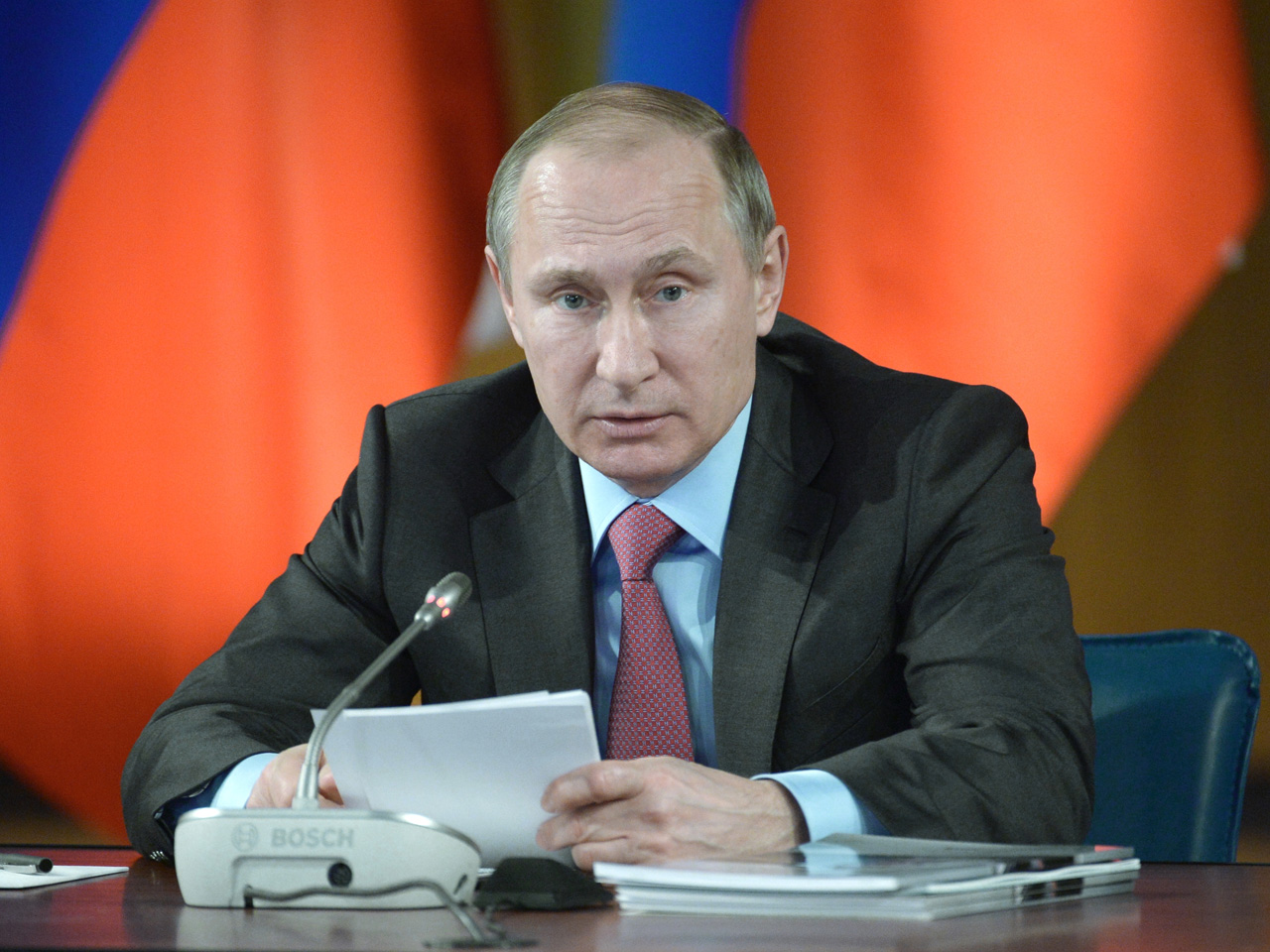 Russian President Vladimir Putin has ordered the start of the pullout of the Russian military from the Syria war, starting Tuesday.

Putin said the military has accomplished its goals and the move should help serve as a stimulus for Syria's political talks. The president said he coordinated the move with Syrian President Bashar Assad.

He didn't specify how many planes and troops should be withdrawn. Putin said that the Russian airbase in Hemeimeem in Syria's coastal province of Latakia and a naval facility in the Syrian port of Tartous will continue to operate.

Syria's state news agency quoted President Bashar Assad as saying that the Russian military will draw down its air force contingent from Syria but won't leave the country altogether.

State TV also quoted Assad a saying Russia will decrease its presence to levels "in line with the situation on the ground and the continuation of the cessation of hostilities."

Assad said the collaboration between Russian and Syrian forces has secured "victories against terrorism and returned security to the country."

CBS News correspondent Margaret Brennan reports Russia's Foreign Minister Sergey Lavrov said earlier Monday that there is a deal with the U.S. for Moscow to target Islamic State of Iraq and Syria (ISIS) targets in Palmyra. ‎However, State Dept yesterday said there were also strikes around Aleppo and Daraa that hit civilians.

CBS News correspondent David Martin reports the Pentagon has confirmed that Moscow has largely reduced its bombing targets to those held by the extremist group.

Russia's involvement in the Syrian conflict has been controversial from the start, with many saying it was a move by the Kremlin to distract the Russian public from a protracted and bitter military campaign in eastern Ukraine.

One of the worst side effects of Moscow's military support of the Assad regime has been a large souring of relations with Turkey, after a Russian jet was shot down by the Turkish military for allegedly straying into their territory.

The U.N. special envoy for Syria, Staffan de Mistura, who restarted peace talks between the Syrian government and the opposition in Geneva on Monday, said he had no comment on Putin's announcement when contacted by The Associated Press.

Earlier in the day, he warned that the only alternative to the negotiations is a return to war, and described political transition in the country as "the mother of all issues."

The Russian- and U.S.-brokered cease-fire that began on Feb. 27 has largely held, but both the Syrian government and its foes have accused one another of violations. ISIS and al Qaeda's branch in Syria, the Nusra Front, are excluded from the cease-fire.