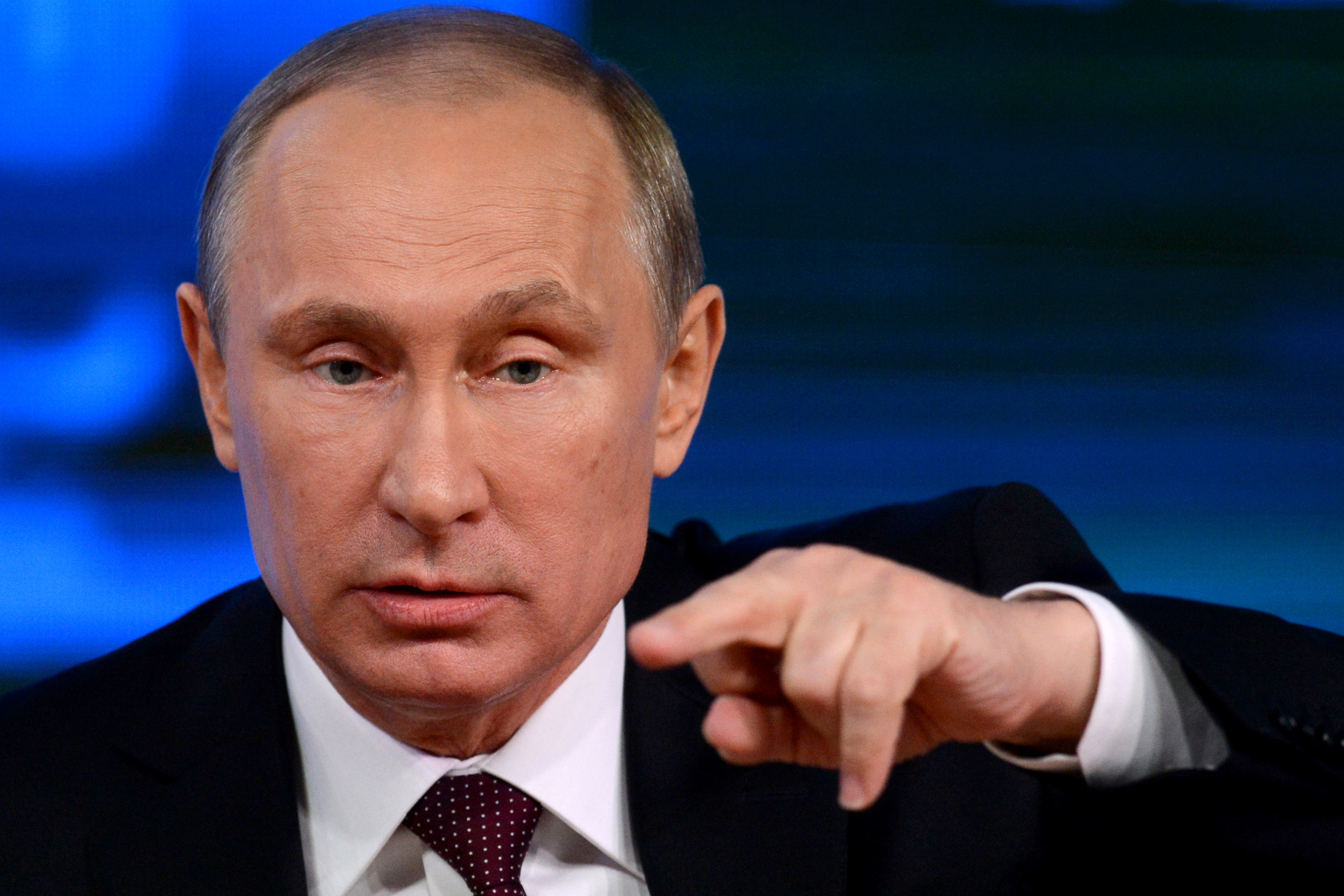 MOSCOW -- President Vladimir Putin said Thursday that the National Security Agency surveillance is necessary to fight terrorism, but added that the government needs to "limit the appetite" of the agency with a clear set of ground rules.

Putin's comment at a major news conference was surprising support for President Obama's administration, which has faced massive criticism over the sweeping electronic espionage program.

On Monday, a federal judge ruled that the NSA’s bulk collection of phone records violates the U.S. Constitution's ban on unreasonable searches, but he put his decision on hold pending a near-certain government appeal.

In an effort to revive public confidence in the nation’s embattled intelligence services, the White House released a report Wednesday suggesting far-reaching changes to the NSA’s controversial data collection programs.

The report from the Review Group on Intelligence and Communications Technologies was commissioned by President Obama following the firestorm of controversy that erupted over Snowden’s revelations -- including that the NSA gathers the telephone records of nearly all Americans.

Putin, a 16-year KGB veteran and the former chief of Russia's main espionage agency, said that while the NSA program "isn't a cause for joy, it's not a cause for repentance either" because it is needed to fight terrorism.

He argued that it's necessary to monitor large numbers of people to expose terrorist contacts.

"On political level, it's necessary to limit the appetite of special services with certain rules," he said.

In an off the cuff remark, Putin even said he envied Mr. Obama for the U.S. spy program.

“How do I feel about Obama after Snowden's revelations? I envy him, because he can get away with it,” said the Russian leader before going on to defend espionage in general as “one of the oldest professions in the world, just like some other well-known professions -- we won't mention them here.”

He argued that any revelations published by Snowden must have come from materials he provided before landing in Russia, and reaffirmed that Moscow made providing refuge to Snowden conditional on his halting what he called ant-American activities.

Putin said he hasn't met with Snowden and insists that Russian security agencies haven't worked with him and have not asked him any questions related to NSA activities against Russia.

Putin dismissed a report claiming that Moscow stationed its state-of-the art Iskander missiles in its Kaliningrad exclave region that borders NATO and EU members Poland and Lithuania, but added that he continues to consider such a move a possible way of countering the U.S.-led missile defense system in Europe.

Both Poland and Lithuania have expressed concern about such a possibility, and Washington warned Moscow against making destabilizing moves.

Putin said Russia has long considered it, but added that "we haven't made the decision yet" on deploying them.

Turning to Ukraine, Putin insisted that Russia's bailout of the economically struggling country was driven by a desire to help a partner in dire straits and wasn't linked to its talks with the European Union.

Putin said that Russia decided to buy $15 billion worth of Ukrainian securities and slash the price for Russian natural gas shipments to Ukraine to help a "brotherly" nation.

He added that the move is driven in part by pragmatic considerations, as Ukraine has been an important customer for Russian gas and a key partner in industrial cooperation since Soviet times.

The Kremlin's move comes as Ukrainian President Viktor Yanukovych faces massive street protests over his decision to spike a pact with the EU in favor of closer ties with Russia.