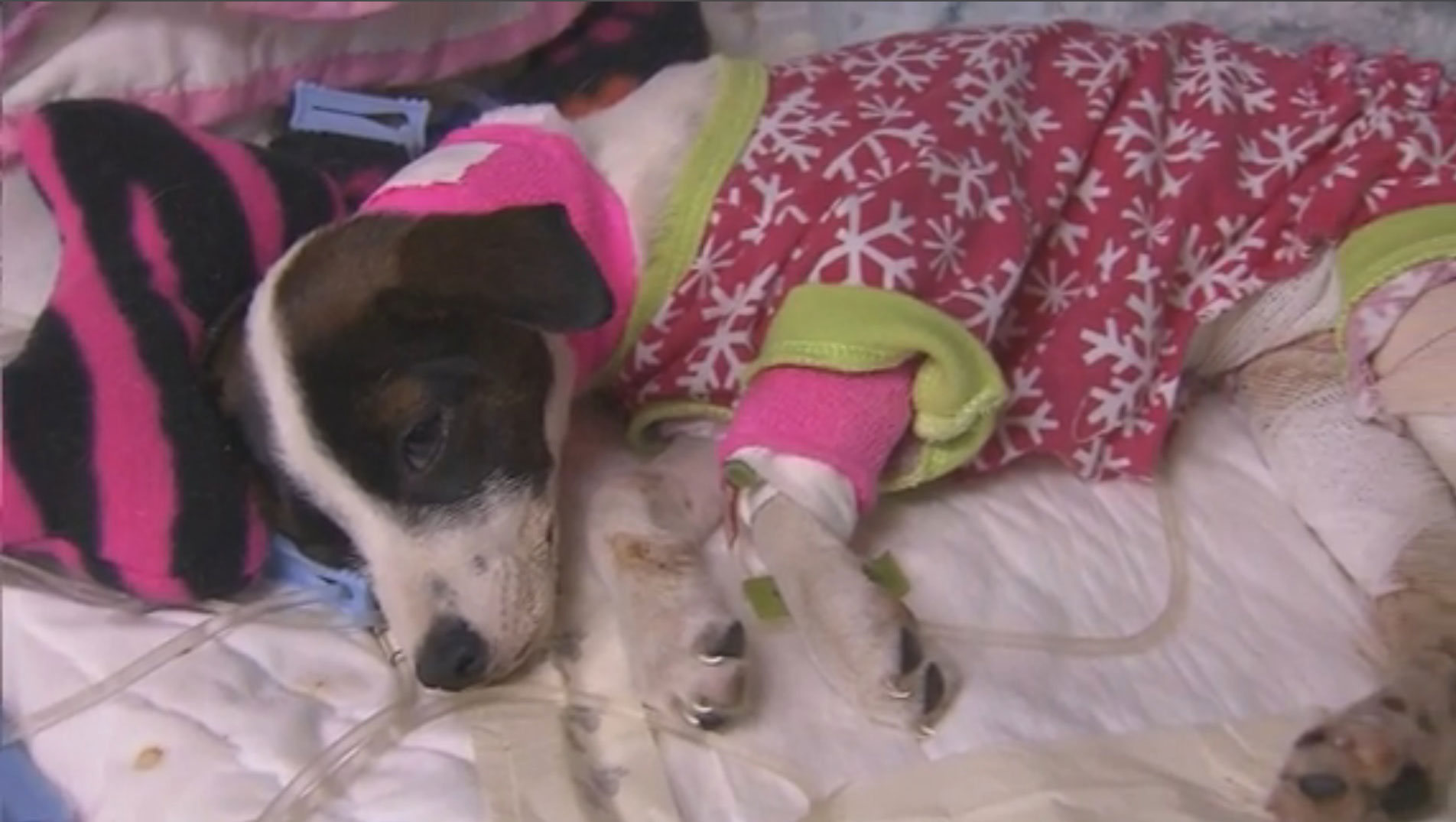 FAYETTEVILLE, N.C. -- A dog that was badly burned due to animosity between its owner and another man was euthanized, according to officials at a North Carolina animal hospital.

Cocoa, a chihuahua mix, was put down due to her severe injuries on Monday, CBS News affiliate WRAL reported. Her owner, Dominique Clark, told police that she let Cocoa out to run around her yard last week, but a short time later heard her scratching and crying at the door. Her son opened it to find the dog on fire and and Clark put the flames out with some clothing.

"I have leaves in my backyard and I kind of heard her when she rushed into the leaves trying to put herself out," Clark said at the time. "And she was screaming and hollering."

Investigators with the Cumberland County Sheriff's Office accuse James Franklin Quick, 23, of Red Springs, N.C., with pouring accelerants on the dog and setting it on fire.

Animal Control officers took Cocoa to a veterinary clinic where she was treated for burns to the body and face.

Quick was charged with animal cruelty. In his first court appearance last week, Quick said he did not understand why people were making "a big fuss over a dog."

Officials say Quick has threatened to kill Clark and she said she is afraid he will retaliate. His bond was increased to $250,000. They say Clark and Quick once dated, but Clark has denied they had a relationship.

Cocoa was eventually sent to Animal Emergency Hospital and Urgent Care in Raleigh, where veterinarians worked around the clock to save her, but determined that she was suffering due to her burns.

After discussing the situation with Cocoa's owner, the difficult decision was made to let Cocoa go and end her pain," the hospital said in a statement on Facebook.