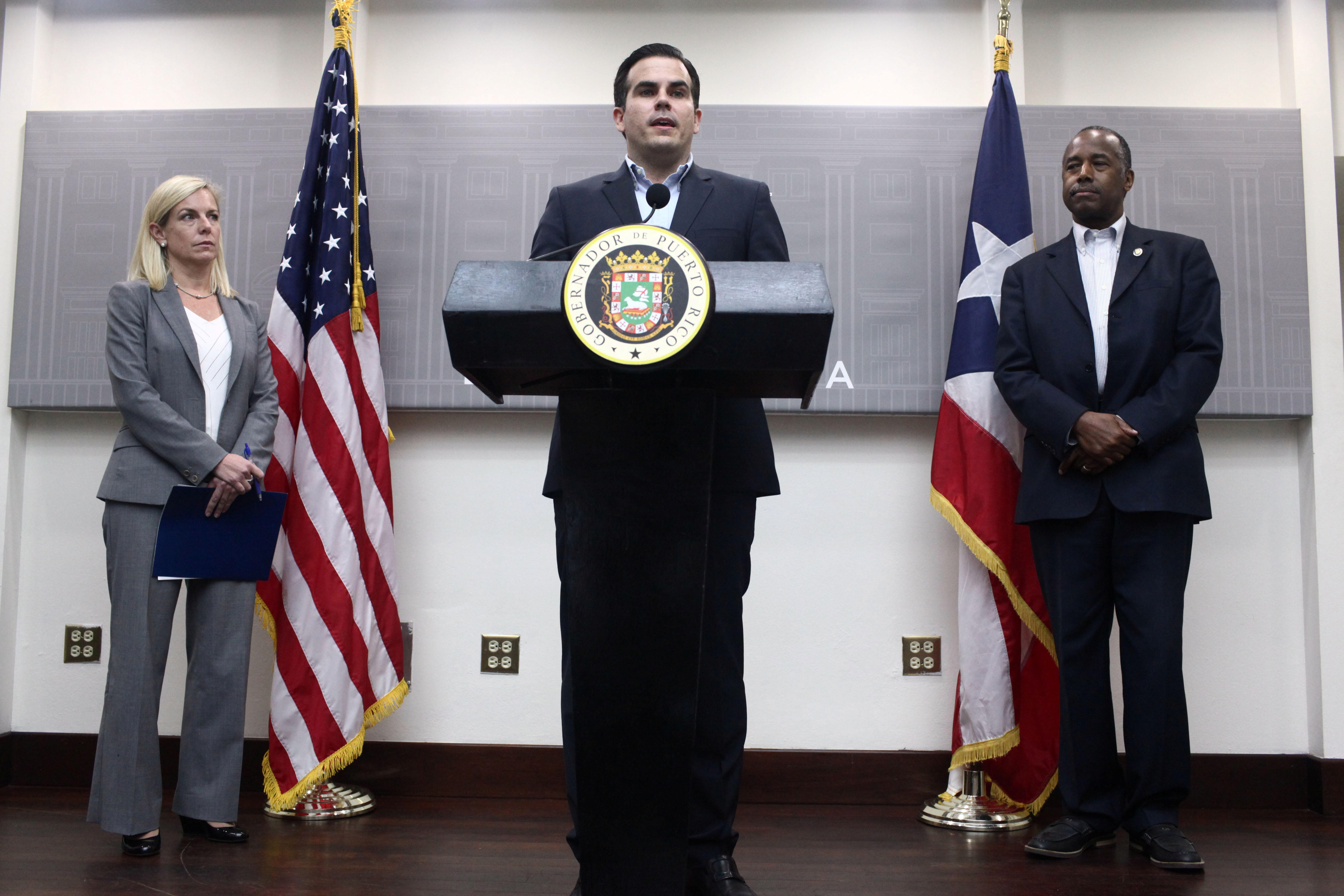 SAN JUAN, Puerto Rico -- Puerto Rico's governor is defying the federal control board overseeing the island's troubled finances. Ricardo Rossello says he will submit a fiscal plan to the board on Thursday that will not contain any layoffs, reductions in pensions or a labor reform.

The announcement late Sunday defies the board's demands that the U.S. territory implement a labor reform and a 10 percent cut to a pension system facing nearly $50 billion in liabilities.

A board spokesman did not immediately respond to a request for comment.

Public Affairs Secretary Ramon Rosario told NotiUno radio station on Monday that the board cannot impose public policy in Puerto Rico and asked members to reach a consensus with the island's government.