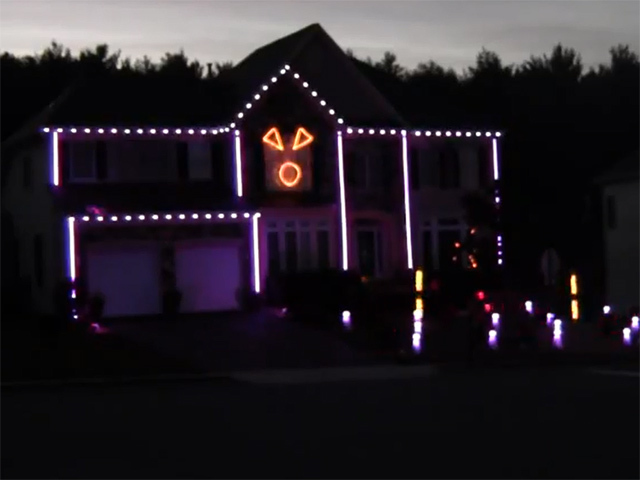 South Korean rapper Psy's "Gangnam Style" has invaded "Dancing With The Stars" the U.S. military academies and even the U.N. -- so it was only a matter of time before the dance craze made its way into Halloween festivities.

In Leesburg, Va., Edwards Landing Lights has covered a house in lights and synchronized a show to the tune of the pop hit, featuring Jack-o-Lantern faces that sing alongCBS DC reports.

The company says it took 8,500 lights and 250 channels of computer animation to create the display.

Psy's "Gangnam Style" video went viral after debuting on YouTube in July, setting a Guinness World Record for most likes on the site. Video of the Halloween lights display has been viewed more than 1 million times on YouTube since it was posted last week.