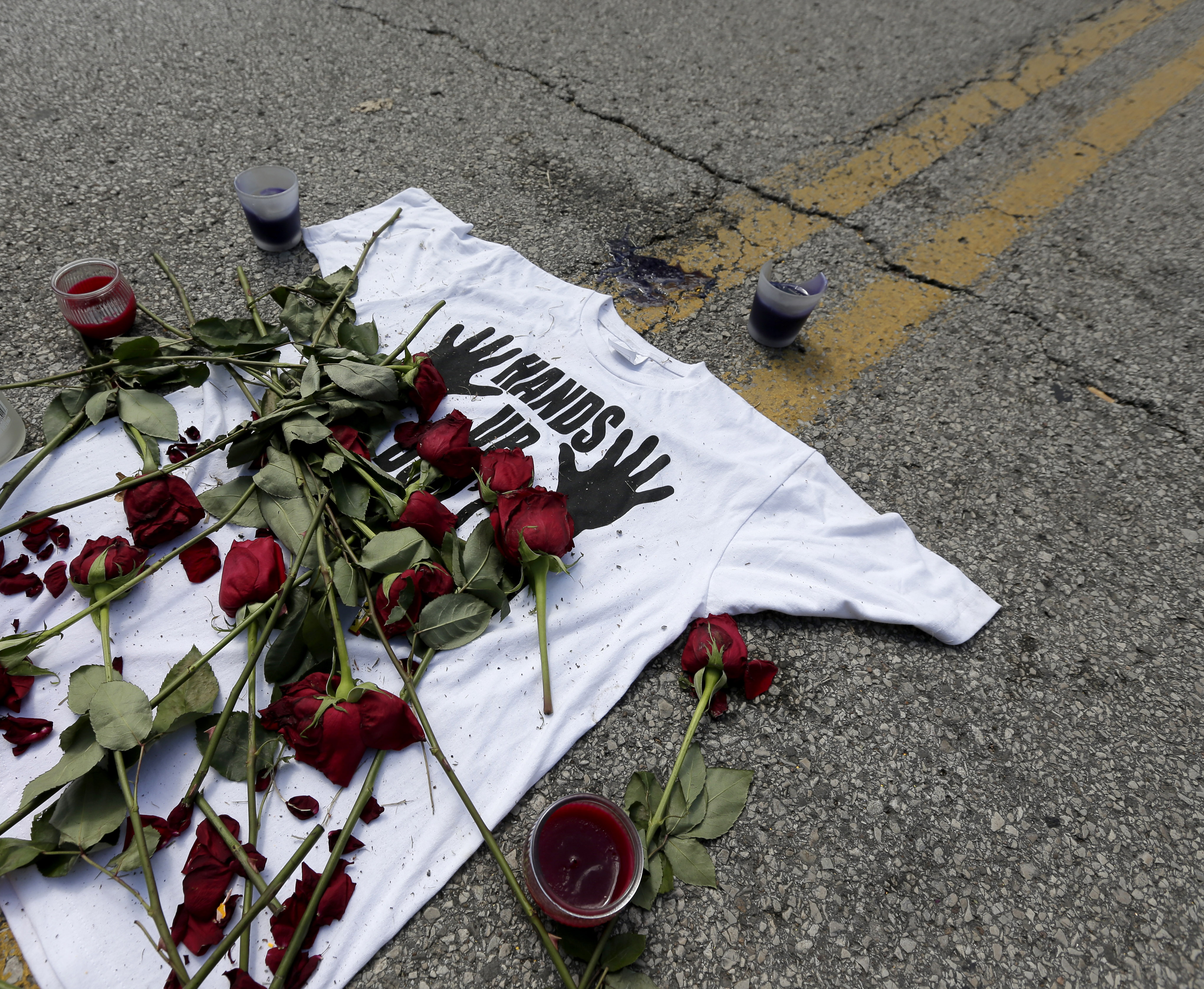 FERGUSON, Mo. -- A small group of protesters has taken to the streets in Ferguson, Missouri, on the second anniversary of Michael Brown's death.

A few dozen people marched Tuesday night from the site on Canfield Drive where the unarmed black 18-year-old was fatally shot by a police officer to a busy intersection that's been the site of protests before.

The group periodically blocked traffic and chanted "no justice, no peace" and other slogans.

An officer's order to clear a street prompted a shouting match between protesters and police.

Brown was fatally shot by officer Darren Wilson after a confrontation on Aug. 9, 2014. A state grand jury declined to press charges against Wilson, and the U.S. Justice Department later cleared him, concluding that he had acted in self-defense. He resigned in November 2014.

A couple hundred people marked the two-year anniversary by attending Tuesday's memorial service, with a moment of silence to follow.

The crowd gathered at the spot on Canfield Drive where the black, unarmed 18-year-old was shot by Wilson.

Mama Fatou, 66, brought her grandson and two other young children to the memorial service, and said she still feels sad, especially for Brown's parents.

"It hurts to see a mother lose her child,' Fatou said. "Her pain is our pain."

A state grand jury declined to press charges against Wilson, and the U.S. Justice Department later cleared him, concluding that he had acted in self-defense. He resigned in November 2014.

Brown's death also was a catalyst for the Black Lives Matter movement, which rebukes police treatment of minorities and has grown following several other killings of black men and boys by police, such as Tamir Rice in Cleveland and Philando Castile in Minnesota. More than 60 organizations affiliated with the movement released this month a list of six demands and 40 recommendations for how to achieve policing and criminal justice reforms.

The 2014 shooting also led to a Justice Department investigation that found patterns of racial bias in Ferguson's police and municipal court system. The federal agency and the city agreed this year to make sweeping changes.

Brandy Shields, 19, went to school with Brown and remembered him as a kid who "never got into trouble." Shields comforted a little girl who was crying at the service.