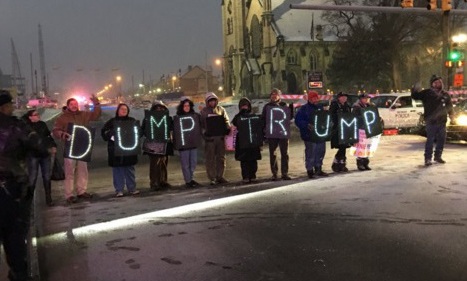 DETROIT - With signs saying "Dump Trump" and "Workers for $15 Wage," a sea of protesters lined the streets outside the Fox Theatre ahead of the Republican debate on Thursday night, CBS Detroit reported.

Protesters pushed up against the theater's entrance gate at chanting "Can't Take No More," CBS Detroit radio station The Ticket's Dan Leach said in a tweet from outside the venue.