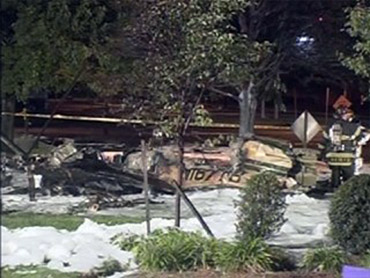 The Food and Drug Administration approved a drug Wednesday intended to increase the chance of survival for people exposed to the nerve gas soman. The drug is limited to use by U.S. military personnel.

The agency said it has approved use of pyridostigmine bromide, or PB, under a special rule that allows use of animal data for proof of a drug's effectiveness when the drug can't be ethically or feasibly tested in humans.

PB pills used experimentally during the Gulf War were blamed by some troops for illnesses suffered after they returned home, but a study by the Rand research group concluded that the drug "cannot be excluded as a contributor to illness" in Gulf War veterans.

In tests on monkeys and guinea pigs, the use of PB before exposure to soman, together with atropine and pralidoxime given after exposure, increased survival rates.

Based on this, the FDA said it believes that PB is also likely to benefit humans exposed to soman. Military personnel must carefully follow instructions and use the drug only under specific circumstances.

PB was first approved by the FDA in 1955 to treat a neuromuscular disease called myasthenia gravis.