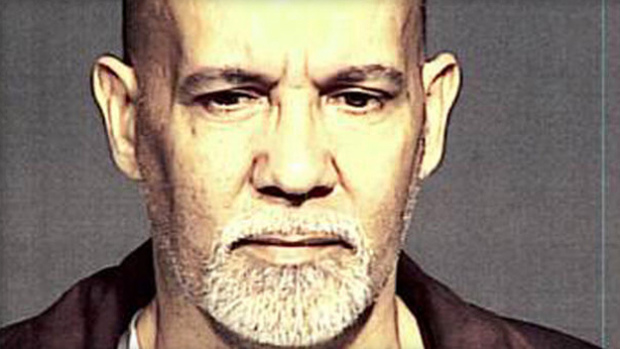 NEW YORK - Pedro Hernandez, the man charged with killing 6-year-old New York City boy Etan Patz in one of America's most notorious missing-child cases, has a disturbing history of beating his wife, molesting a relative and drug use, prosecutors said in court documents released Wednesday.

Hernandez, 52, engaged "in a pattern of criminal behavior ... throughout his life, including sexual abuse of a family member, multiple incidents of domestic violence against his former and current wife," and cocaine use throughout his adult life, the Manhattan district attorney's office said in the court papers obtained by The Associated Press.


The filing opens a new window on the New Jersey man who emerged as a surprise suspect just last year in the 1979 disappearance of Etan Patz.

Filed to rebuff Hernandez's bid for release until trial, the papers strive to paint a different, more damning picture of a man whose lawyer and doctors have said he suffers from mental illness that prompted a false confession to luring Etan into a store basement and smothering him.

Defense lawyer Harvey Fishbein said Wednesday that Hernandez's psychiatric problems spurred his cocaine use starting in the late 1980s, which in turn led to sometimes violent outbursts and conflict with his family.

Hernandez has been clean about seven years and his past problems have "no bearing on what happened in 1979, and it has absolutely no bearing on the reliability of the confession in 2012," Fishbein said by phone. "... Everyone has a bad period in their life, but that doesn't make him a killer."

The new accusations appear to be based largely on a defense expert's interview with Hernandez's second wife, Rosemary, in 2012.

The wife told the expert that every time Hernandez would grow frustrated or angry, "he would hit me in the head," the papers say. They add that he punched her and choked her with a vacuum cord in the 1990s, and purposely tried to wreck a car carrying the couple in 2003, telling his wife, "I'm going to kill us all. I hate my life."

At one point, he violated a restraining order issued to protect her, the papers say.

The couple's relationship improved after Hernandez stopped doing cocaine, Fishbein said. The two remain together, and Rosemary Hernandez's attorney, Robert Gottlieb, said Wednesday night she "continues to support him 1,000 percent" and believes "that it is ridiculous to have charged her husband with the murder."

Gottlieb declined to comment on the marital episodes that prosecutors outlined, calling the information irrelevant to the murder case.

The prosecutors' papers, filed last week, don't detail the sex abuse allegation. A footnote says that Pedro Hernandez "admits the behavior" and that a family member and neighbor confirm it, but the alleged victim denies it.

Fishbein said Hernandez has told him the allegation arises from his childhood, when he and relatives were sleeping in the same room.

Hernandez was never arrested before his arrest in this case, police have said.

Etan was one of the first vanished youths to be pictured on a milk carton, and the anniversary of his disappearance, May 25, is now National Missing Children's Day in America.

Police initially encountered Hernandez as a corner-store stock clerk in the area where Etan disappeared. But the 52-year-old Maple Shade, New Jersey, man wasn't arrested until May 2012, after detectives learned that he'd made incriminating remarks to acquaintances years before about harming a child.

Hernandez has an IQ of 67, his medical records mention schizophrenia dating back years, and he's taken anti-psychotic medication for some time, his lawyer said in papers filed last month. He has also said Hernandez has had hallucinations and delusions.

After Hernandez's arrest, doctors diagnosed him with schizotypal personality disorder, an ailment characterized by "cognitive and perceptual distortions," Fishbein wrote in last month's filing. A psychiatrist expert in determining the reliability of confessions found that relying on Hernandez's statements would be "profoundly unsafe" unless there's tangible corroborating evidence, according to Fishbein. So far, no such evidence has been found, he said.

A judge declined Wednesday to set bail for Hernandez, rejecting a defense argument that the case was proceeding so slowly that it was unfair not to release him while he awaits trial.

The defense has pointed at another man as a more likely killer: a convicted Pennsylvania child molester who dated Etan's baby sitter and was held responsible in a civil lawsuit for Etan's presumed death. The man, Jose Ramos, was never criminally charged and has denied involvement.

He plans to fight an order to testify at Hernandez's trial, and he sent a letter published Monday in The Citizens' Voice newspaper in Wilkes-Barre, Pennsylvania, complaining about being linked to Etan's disappearance.

Ramos, 70, completed a 27-year sentence last year on charges of molesting two Pennsylvania boys. He's now jailed on charges of lying to police about where he planned to live after release.