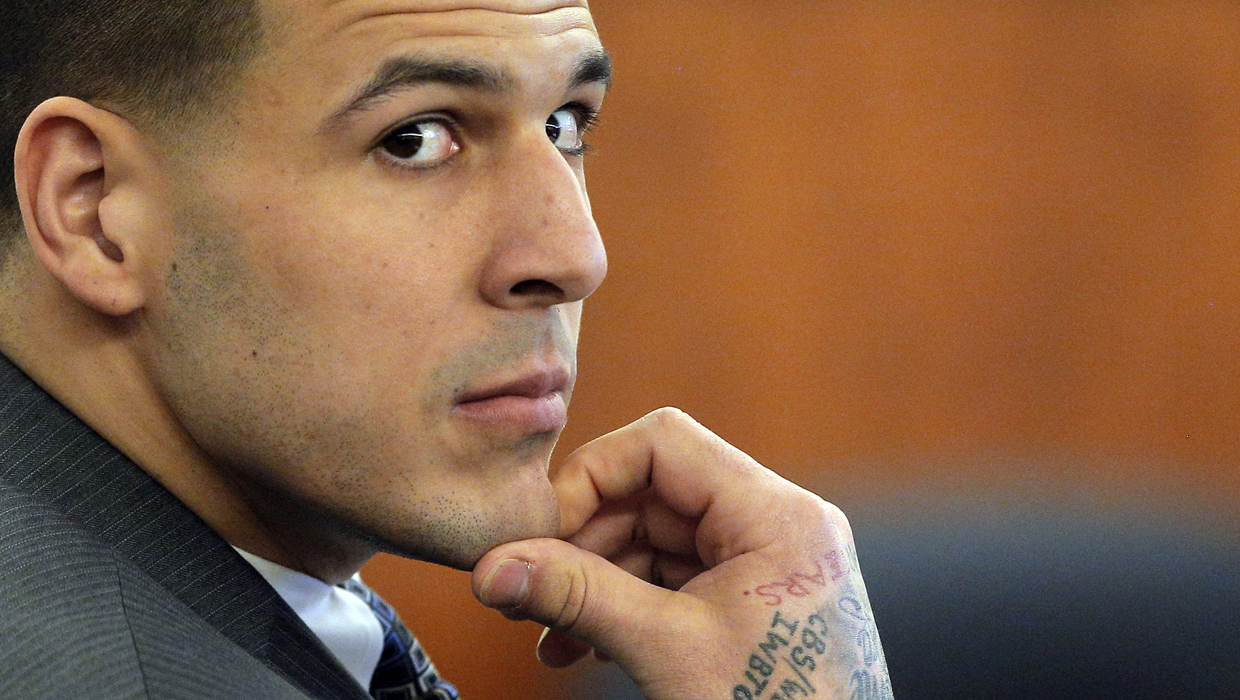 Hernandez has pleaded not guilty to murder in the June 17, 2013, killing of Lloyd, who was found dead in an industrial park less than a mile from Hernandez's home. At the time, Hernandez had a $40 million contract with the Patriots.

Prosecutors called more than 100 witnesses since testimony began Jan. 29, including team owner Robert Kraft, who testified this week that two days after the killing, Hernandez looked him in the eye and told him he was innocent. They also submitted hundreds of pieces of evidence, including surveillance videos from inside Hernandez's home that showed him holding a black object that prosecutors contend was a gun, less than 10 minutes after Lloyd's killing. A marijuana joint found near Lloyd's body had DNA from both men on it.

Hernandez's legal team has challenged the evidence, calling into question the testimony of an employee of weapons manufacturer Glock who had identified the black object as a gun and arguing instead that it was a piece of electronics such as an iPad or a TV remote. They also have gone after the police investigation, painting it as bumbling and inept and saying Hernandez was targeted as a suspect because he is a celebrity.

Garsh is expected to hear arguments Friday on several pending issues. Hernandez's lawyer James Sultan told Garsh this week that the defense team expects to call witnesses Monday and to wrap up their questioning that same day.

Once the defense rests, each side will deliver a closing argument. Then the jury will be given instructions, and three alternates will be randomly selected from among the 15 jurors immediately before deliberating. A jury of 12 members will decide Hernandez's fate.

Eighteen jurors began the trial in January, but three were dismissed, including one who is accused of misrepresenting her answers during screening in a bid to get on the jury.