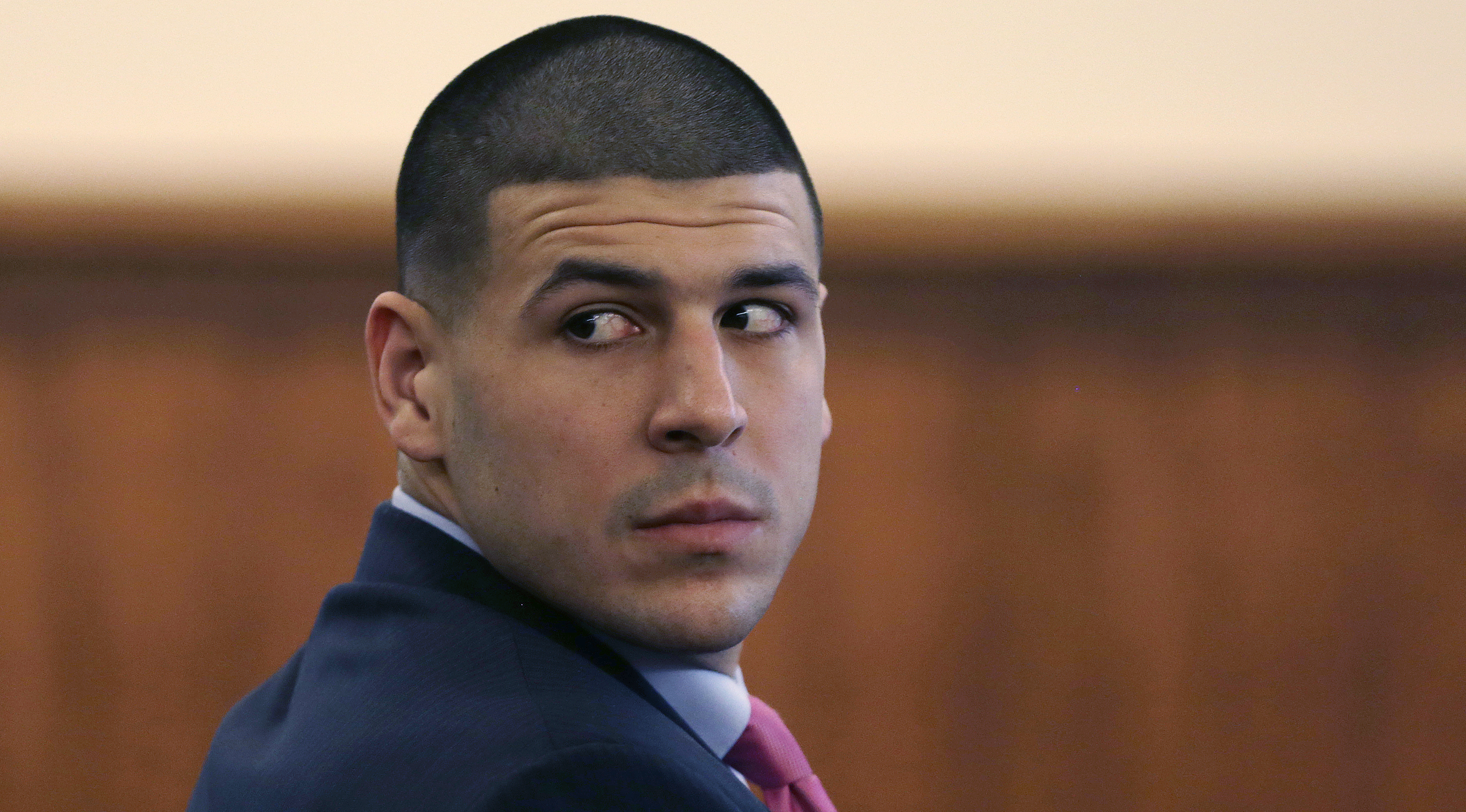 FALL RIVER, Mass. - Home surveillance video played for jurors Monday in the murder trial of former New England Patriots player Aaron Hernandez shows him holding what prosecutors say is a gun and leaving his house with two co-defendants hours before the killing.

Hernandez is accused of the June 17, 2013, killing of Odin Lloyd, who was dating the sister of Hernandez's fiancee. Lloyd was found shot to death in an industrial park not far from Hernandez's home.

The video, taken by an extensive surveillance system in and around Hernandez's home, shows him returning home from a night out celebrating Father's Day with his fiancee, Shayanna Jenkins. They are greeted by two Hernandez friends, Ernest Wallace and Carlos Ortiz, who are also charged in the murder. Both men have pleaded not guilty and will be tried separately.

Prosecutors played the video Monday during testimony by Jennifer Fortier, 28, who baby-sat for Hernandez and Jenkins' infant daughter that night.

On one clip, Hernandez can be seen walking through the living room carrying a black object at about 12:45 a.m. Fortier, who was there at the time, testified that she didn't see the object.

The object is difficult to make out in the video, which is taken from across the room and isn't sharp. Hernandez's legal team has suggested it was a remote control or other device.

The video also shows Hernandez getting into the front passenger seat of a Nissan Altima rental car and leaving at 1:09 a.m. Wallace is driving and Ortiz sits in the rear driver's-side seat.

Surveillance video taken at a gas station south of Boston about an hour later and played earlier for the jury showed Hernandez driving the Nissan. Prosecutors have previously said they went to pick up Lloyd, then took him to the industrial park, where he was shot to death shortly before 3:30 a.m.

The Nissan was returned to the rental car agency later that day with scrapes along the driver's side and a missing driver's-side mirror, according to previous testimony.

Fortier also testified that she ran into Hernandez, Lloyd and another man when she was in Boston with a friend two nights before the killing. She, Lloyd, Hernandez and her friend went back to an apartment he kept in Franklin, not far from Gillette Stadium.

Once they got there, Fortier said, Hernandez called her into a bedroom, where he kissed her. She said she kissed him back, then pushed him away.

He responded that he understood, and she and her friend left, taking a cab back to Boston, she testified.

Fortier said Lloyd was sleeping on the couch when they left, early the morning of June 15.