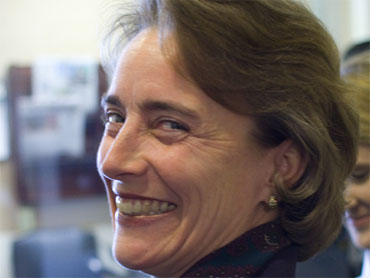 Progressive activists who helped elect Barack Obama president complained on Monday that the administration and congressional Democrats have been too timid and too willing to compromise.

Even though Obama's major first-term achievement, an overhaul of the U.S. health care system, passed without a single Republican vote, progressive leaders who gathered in Washington criticized the president for failing to create a government-run insurance option to compete with private insurers.

They faulted Obama for the ongoing wars in Iraq and Afghanistan, the slow pace in repealing the ban on gays serving in the military and last year's economic stimulus package, which they described as inadequate at $787 billion. They also criticized his handling of the Gulf oil spill.

Can Democrats Win Back The Populist Mantle?

"The White House has been an uncertain trumpet," said Robert Borosage, a co-director of the Campaign for America's Future, a progressive organization. "The administration's reforms were too often too timid from the start and too readily compromised along the way."

Although leaders still spoke with admiration for Obama, it was clear he's not as popular with unions, bloggers and other progressives.

Democrats already face an angry electorate this November. The frustration among the party's liberal base could make the midterm elections even more difficult for Democrats and Obama's own re-election bid.

Although no one seriously suggested a primary challenge to Obama, activists said they would take on congressional incumbents and they cited Arkansas, where the Progressive Change Campaign Committee has sent $250,000 to Lt. Gov. Bill Halter's bid against Sen. Blanche Lincoln, which will be decided in a runoff Tuesday. The committee made 55,000 phone calls on Halter's behalf on Monday alone.

Activists say they would rather have "good Democrats" in the words of Markos Moulitsas, founder of the liberal Daily Kos website, than moderates who don't advance a progressive agenda.

White House spokesman Josh Earnest said in his first 500 days in office, Obama "has fulfilled his commitment to bring the change we need to Washington" with a health care overhaul, education reforms that will help strengthen the economy and steps to reduce the influence of special interests.

Many of the activists said Obama cannot blindly be trusted to make good on his many campaign-era promises.

"It's clear that hope is not enough," said Arianna Huffington, founder of the online Huffington Post. "We need Hope 2.0."

Progressive organizations became emboldened during President George W. Bush's tenure, rallying against the wars in Iraq and Afghanistan and the Republicans' agenda. They helped elect Democratic majorities in the House and Senate in 2006 and rallied behind Obama's presidential bid.

But with Obama in the White House and Democrats leading both chambers of Congress, the political environment changed. It was far easier to campaign against Republican governing than to influence their allies running Washington.

"We thought that an election was a victory. What we forgot it that candidates don't deliver change, that they become part of the system," said Phaedra Ellis-Lamkins of Green for All, an organization that pushes for environmentally friendly jobs for low-income residents.

"While I voted for Barack Obama, and I would again, he is not enough."