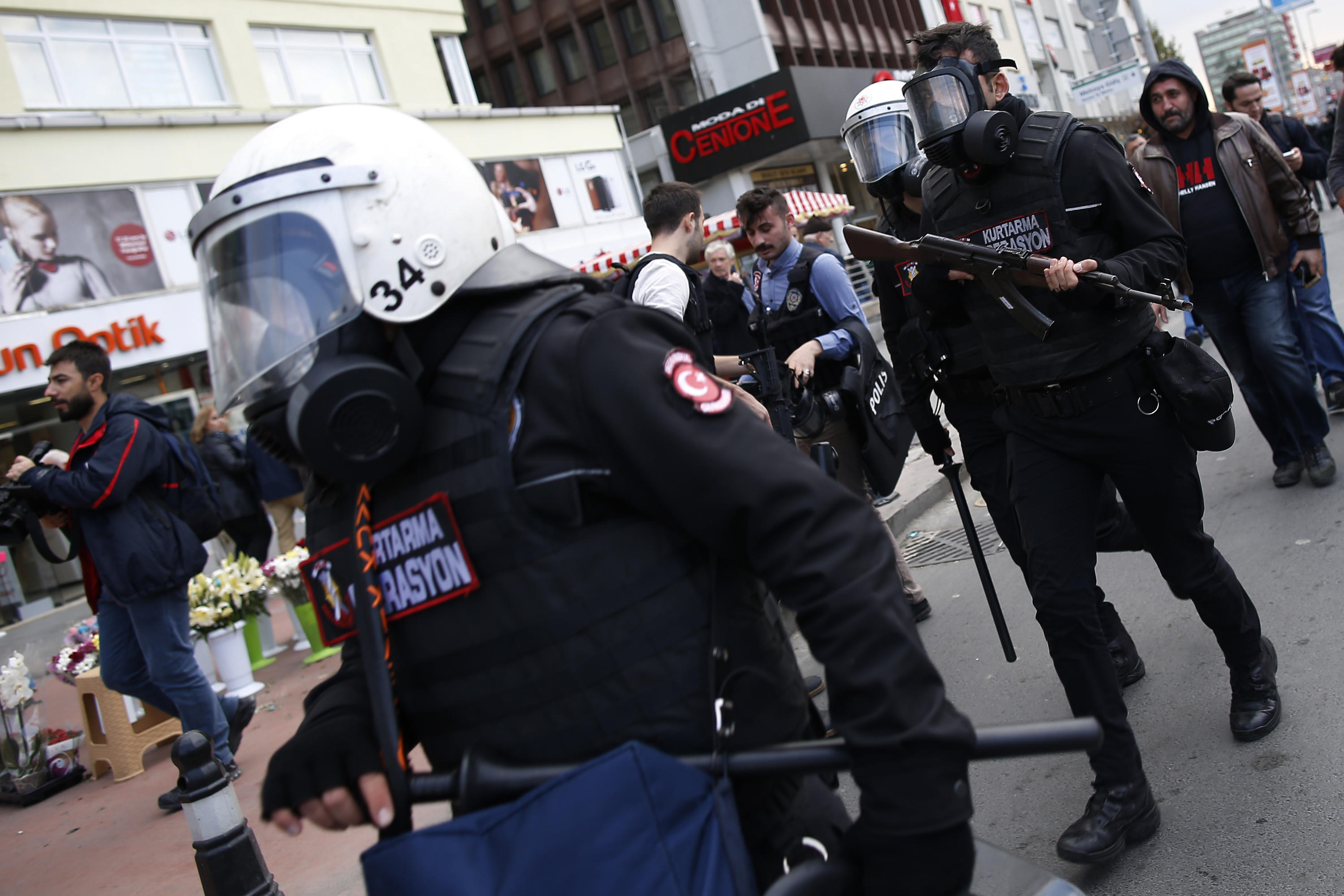 People’s Democratic Party, or HDP, co-chairs Selahattin Demirtas and Figen Yuksekdag as well as other prominent figures such as Sirri Sureyya Onder and Idris Baluken were among those detained, according to the ministry’s statement.

The detentions occurred in the middle of the night, with co-chair Demirtas describing on Twitter how he was taken into custody: “Police officials are at the door to my house in Diyarbakir with a detention warrant.” State-run Anadolu Agency reported co-chair Yuksekdag was detained in her home in Ankara.

The ministry says the detention warrants were issued by the chief public prosecutors of the southeastern provinces of Diyarbakir, Sirnak, Hakkari, Van and Bingol.

Anadolu reported the lawmakers were detained for not appearing in court to testify for ongoing terrorism-related investigations.

The government accuses the HDP of being the political arm of the outlawed Kurdistan Workers’ Party, or PKK, which has fought an armed insurgency against the state for over three decades. The HDP rejects the accusation.

President Recep Tayyip Erdogan and other senior government officials have repeatedly called for the prosecution of pro-Kurdish lawmakers on terrorism-related charges, which was made possible after legal immunities protecting legislators from prosecution were lifted in May.

Hundreds of charges were filed against HDP lawmakers following the lifting of immunity, including “disseminating terrorist propaganda” to “membership in an armed terrorist organization.”

Demirtas reportedly reacted to the lifting of immunity by saying none of his fellow party members would voluntarily appear in court to testify. “If they want our testimony they’ll have to force us there,” he said, according to Anadolu.

Earlier this week Gultan Kisanak, the HDP mayor of the largest predominantly Kurdish city of Diyarbakir, along with co-mayor Firat Anli, was arrested over alleged membership in the PKK. The government appointed a local Ankara district administrator to take over Kisanak’s duties.

In September, the government similarly ousted 28 mayors and other administrators, mostly from the HDP, and appointed trustees in their place.