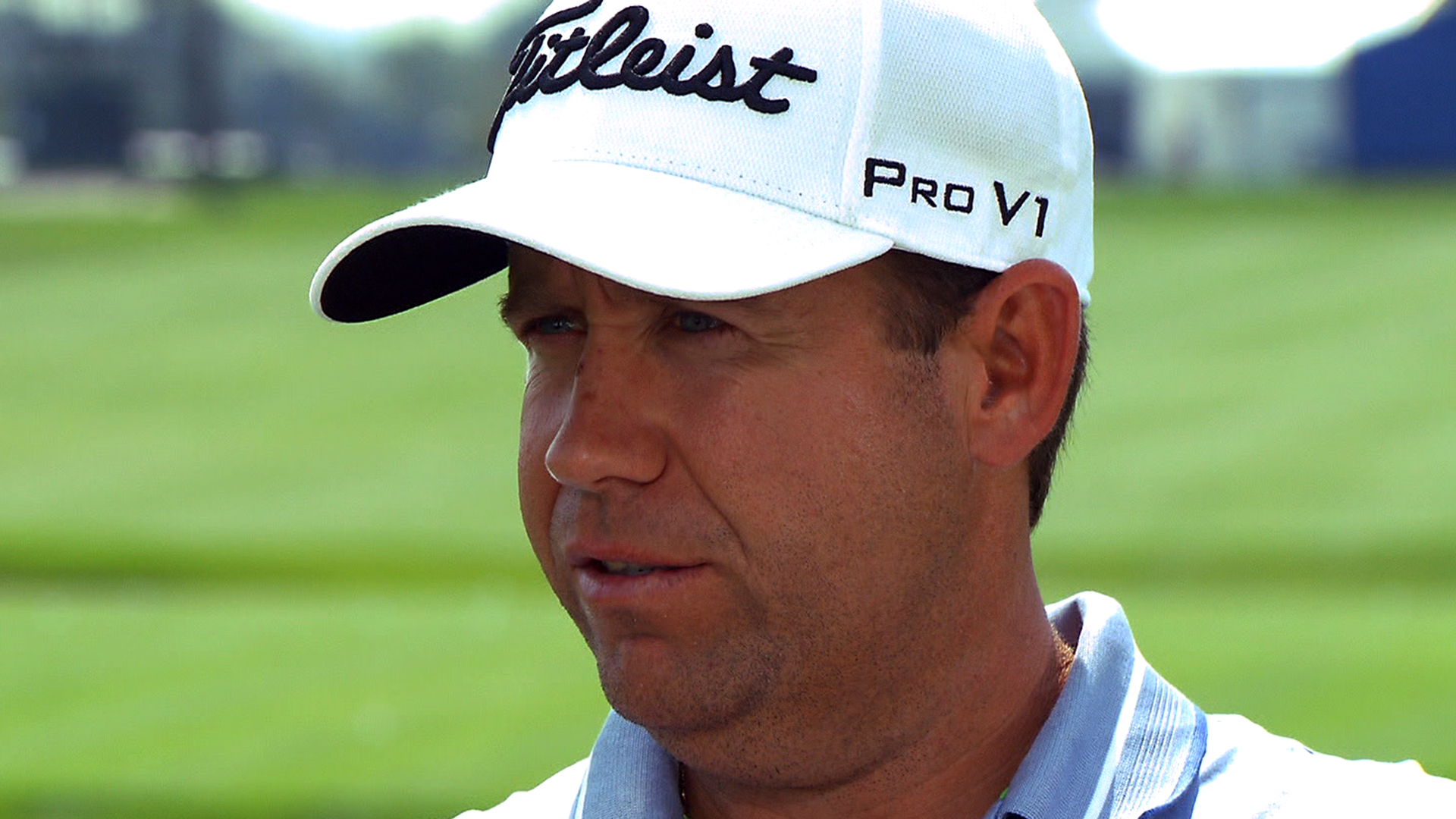 (CBS News) Erik Compton - one of the players in this year's PGA FedEx Cup Playoff Series - is having one of his best years ever, but Compton is a pro with a difference: He's had not one, but two heart transplants.

Six years ago, Compton wasn't concerned about hitting the green. He was just trying to stay alive. "I was basically dead," Compton told CBS News' Jeff Glor recently. "I was coughing up blood. I was done. I made a couple phone calls to tell people good bye and that was it. ... I was having a widowmaker heart attack."

But the heart that failed him wasn't his own. Compton was diagnosed as a boy with viral cardiomyopathy, a life-threatening inflammation.

So at age 12, he had to have a transplant. In 2008, he needed another. That means Compton, a professional golfer playing at the sport's highest level, is also playing with his third heart.

"I guess my story's like a movie," he said. "I just kinda -- it's not a made-up story, but it's real, that it just doesn't faze me anymore. We all have issues, right?"

Glor remarked, "Yeah, but this is a pretty big one. With all due respect."

Compton said, "Yeah, but I trade some of the bad issues and bad things that have happened. And now I have a lot of great things."

One of those "great things" is being able to compete on the course -- and do it well. His game got many peoples' attention in 2010, when he qualified for the U.S. Open, his first major. He won the Mexican Open on the nationwide tour last year, and at this year's Honda Classic, his best PGA Tour finish, tying for fourth.

By now he's well known on the range for his transplanted hearts, which typically last about 15 years. But Compton says that is not what he's focusing on when he's competing. "I'm not thinking about my heart or my skipped beats or rejection or issues that a transplant person does," Compton said. "I'm thinking about making a putt or, you know, 'Why is Tiger Woods hitting it into my group on the last hole, and telling me to get off the golf course?' You know, whatever. I'm worried about those things."

Glor said, "You know at some point it's likely you'll need another heart transplant."

Compton said, "Yeah. At some point in my life I probably will have to visit that. But all I know is that I'm here right now with the playoffs."

Compton finished this tour season ranked 117th, earning him a spot in the FedEx Cup Playoffs, his tour card for next year, and chance to bring even more attention to the importance of organ donors.

Glor said, "You spend a lot of time with kids who have had transplants or are waiting for transplants. Is that just as important as the golf for you?"

"I think so," Compton said. "I know what it's like to be waiting for a transplant because those are very sad days in the hospital. And to think that there's people that are in that situation right now, as we speak, it's tough. Because I know that -- those shoes are not where anybody wants to be."

Compton says no matter where his game takes him, he will never forget the people who gave his life a second, and a third, shot.