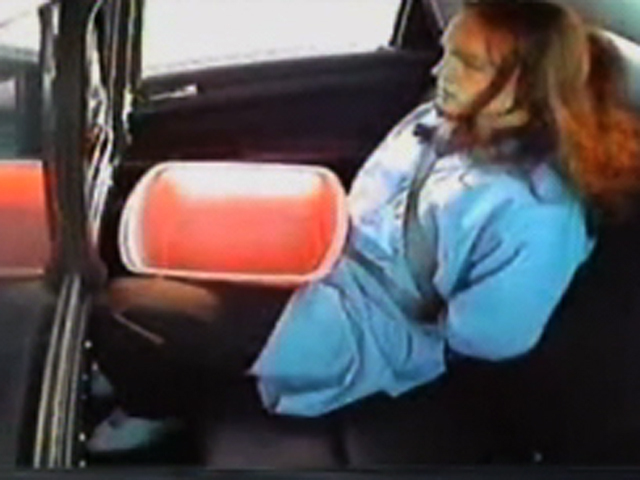 A suspect risked life and limb jumping out of a moving patrol car after being arrested on suspicion of burglary in Sandy, Utah.

KSL-TV reported that 20-year-old Nicholas Duffy was being driven to Salt Lake County Jail when he complained of feeling ill and said he was going to vomit.

An officer lowered a rear window and, minutes later, Duffy, whose hands were cuffed behind his back, unbuckled himself and climbed out the window. The vehicle was traveling at about 30 mph.

Utah police say Duffy was quickly taken back into custody and brought to a local hospital for injuries, including bloodied hands.

"Nobody wants to go to jail, but it's not worth losing your life over. He's very lucky he didn't hit his head," said Lieutenant Victor Quezada of the Sandy Police Department.

The troubled Duffy has $30,000 in outstanding warrants for his arrest.