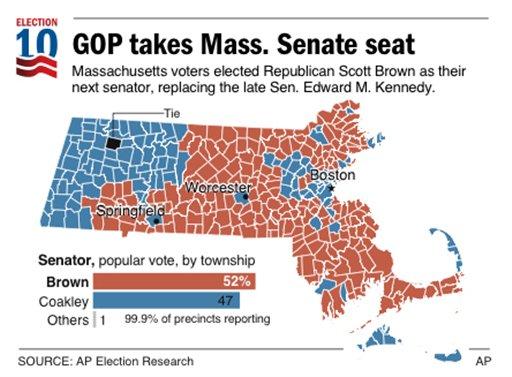 Defense Secretary Donald Rumsfeld on Tuesday defended the Pentagon's response to allegations of abuse at a U.S. military prison in Iraq, and pledged to do whatever necessary to address "totally unacceptable and totally un-American" conduct.

Meanwhile, reaction to photographs of the apparent abuse reverberated from Capitol Hill to the United Nations on Tuesday. More Iraqis on Tuesday came forward to allege abuse at the hands of American interrogators, and a military official said U.S. authorities have ordered a halt to using hoods to blindfold Iraqi prisoners.

The photographs, first , showed prisoners hooded and nude, forced into sexual positions and piled together. One was attached to wires and told he might be electrocuted.

"The actions of the soldiers in those photographs are totally unacceptable and totally un-American," Rumsfeld told reporters. "I intend to take any and all actions that may be needed" to address any abuse.

Senators from both sides of the aisle are upset not only at what happened to the Iraqi prisoners, but that they had to learn about it from the media, reports CBS News Correspondent Bob Fuss.

Minority Leader Tom Daschle says just hours before CBS broadcast pictures of the prisoner abuse, Rumsfeld was meeting with leaders of Congress and told them nothing.

At the United Nations, the top human rights agency said it had opened an investigation into civil rights in Iraq.

Rumsfeld defended his response to the charges, saying he had not read a report on the abuse until recently because lower-ranking officials were passing it up the chain of command. Rumsfeld said he did not see the pictures before the CBS News broadcast because the Pentagon did not have them at the time.

He said the allegation of abuse at Abu Ghraib "clearly is unhelpful in a fundamental way" to the U.S. mission in Iraq. The Pentagon has frequently contrasted its conduct to Saddam Hussein's regime of torture and repression.

In Baghdad, an Iraqi camera operator for Al-Jazeera television, Suhaib al-Baz, said he was mistreated during 74 days in U.S. custody after he was arrested last November for allegedly having prior information about an insurgent attack.

"'You journalists might be respected by others but not me,'" al-Baz quoted an American interrogator as telling him. "He pushed me on a flat seat, kept the bag over my face while my hands were bound. He stepped on my knees with his boots."

Six soldiers have been reprimanded and six others face criminal charges over the abuse depicted in the photographs.

Those pictures surfaced in January, but concerns about detentions in Iraq apparently emerged earlier. The Pentagon says it conducted a "top-level" review" of its Iraq prisons last fall. A spokesman said Lt. Gen. Ricardo Sanchez, the senior American commander in Iraq, asked for the review, but would not say why.

When commanders saw the photographs, the military launched a probe headed by Maj. Gen. Antonio Taguba — the first of several related investigations.

Besides Taguba's probe and the criminal case against the six soldiers, other investigations deal with the role of military intelligence officials in prisoner operations, the training of Army Reserve military police and intelligence officers, and overall detention policies in Iraq and Afghanistan.

In addition, a review is now under way into the U.S. detention facility at Guantanamo Bay, Cuba, Rumsfeld said. He did not say that a specific allegation triggered that review.

"There are other allegations of abuse," the defense secretary said. "That is a pattern and a practice of terrorists to allege that."

Taguba's investigation lists abuses including prison workers beating a detainee with a broom handle and a chair, sodomizing one with a chemical light and perhaps a broomstick, having sex with a female prisoner, and using dogs to intimidate — and, in one case, attack — prisoners.

The military has described these as the acts of a few, but there is evidence the abuses go beyond the MPs to include military intelligence officers who were in charge of interrogating the prisoners, reports CBS News National Security Correspondent David Martin.

Long before he was charged with any crime, Sgt. Chip Frederick, one of the guards now facing court martial, sent e-mails home saying, "military intelligence has … told us great job … We help getting them - the prisoners — to talk with the way we handle them."

One prisoner died at Abu Ghraib during questioning by the CIA, and the agency's inspector general is now investigating the circumstances.