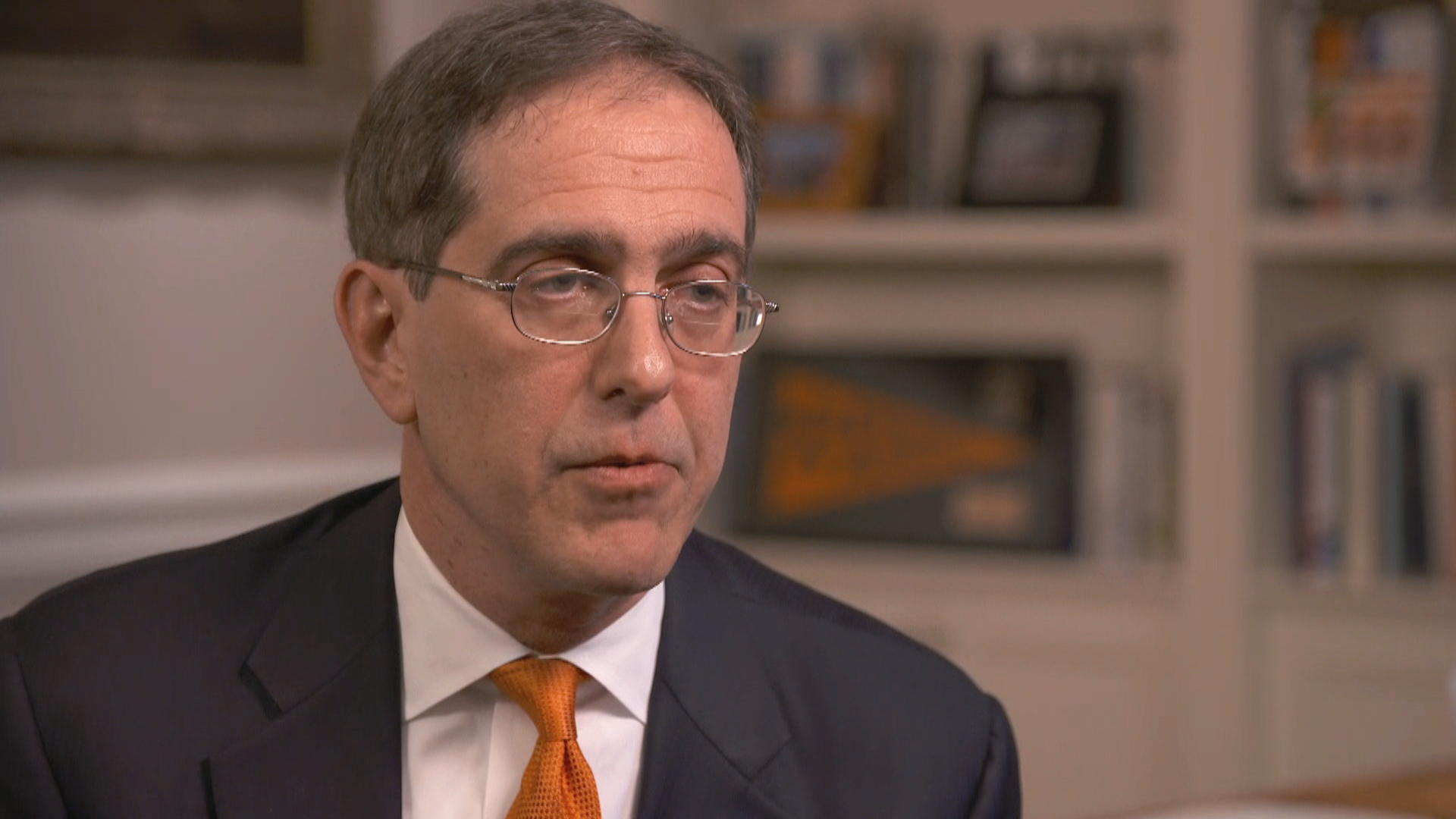 Ivy League schools are bracing for a fresh review of the role race plays in college admissions.

The Trump administration is investigating a series of complaints against Harvard University that say Asian American students are at a disadvantage.

In an interview you'll see only on CBS News, Tony Dokoupil spoke to the president of Princeton University about why he believes race should be a factor in the admissions process.

Princeton University's president, Chris Eisgruber, says it's a controversial process, but a race-conscious approach is necessary.

"If we wanted to, we could take students who had only perfect GPAs and only perfect board scores and fill a class with them," Eisgruber said.

Eisgruber will soon welcome a new freshman class, packed with some of the best students in America, but every year his admissions officers are considering more than just academics.

"Let's be clear about this. This is part of our policy. We do take race and ethnicity into account in building a diverse campus," Eisgruber said.

The Supreme Court has ruled repeatedly that race is an acceptable factor in college admissions. It's estimated that minorities accounted for more than 43 percent of incoming students at Ivy League schools in 2015 -- up from 37 percent in 2010.

"We want our students to go out in the world and have an impact in a multicultural and diverse society and to produce those kinds of students, we need to have a diverse student body on this campus," Eisgruber said.

A group called Students for Fair Admissions is accusing elite colleges of discriminating against Asian American and white students using illegal caps on enrollment and higher academic standards for admission.

In a Washington Post op-ed, the group's president, Edward Blum, writes that racial preferences "punish better-qualified individuals and pit Americans against one another."

In 2012, Wang applied to almost every Ivy League school but was only accepted to one.

"Had I been African American or Latino, I might have gotten into more schools. I'm not even sure myself," Wang said.

In 2015, federal civil rights investigators reported "no evidence that the [Princeton] University used separate admissions processes, reviews, or tracks by race." But according to documents released this spring, admissions officers did discuss applicants in racial terms: "no cultural flavor," reads one review of an Hispanic applicant. "Very few African Americans with verbal scores like this," reads another.

Harvard also stands by its policy to consider race to enroll diverse classes of students.

In a statement to CBS News, the university said, "Harvard's admissions process considers each applicant as a whole person, and we review many factors, consistent with the legal standards established by the U.S. Supreme Court."

Note to Self: Rep. John Lewis

N. Korea puts on show of military might for anniversary

"Scary": California community close to running out of water