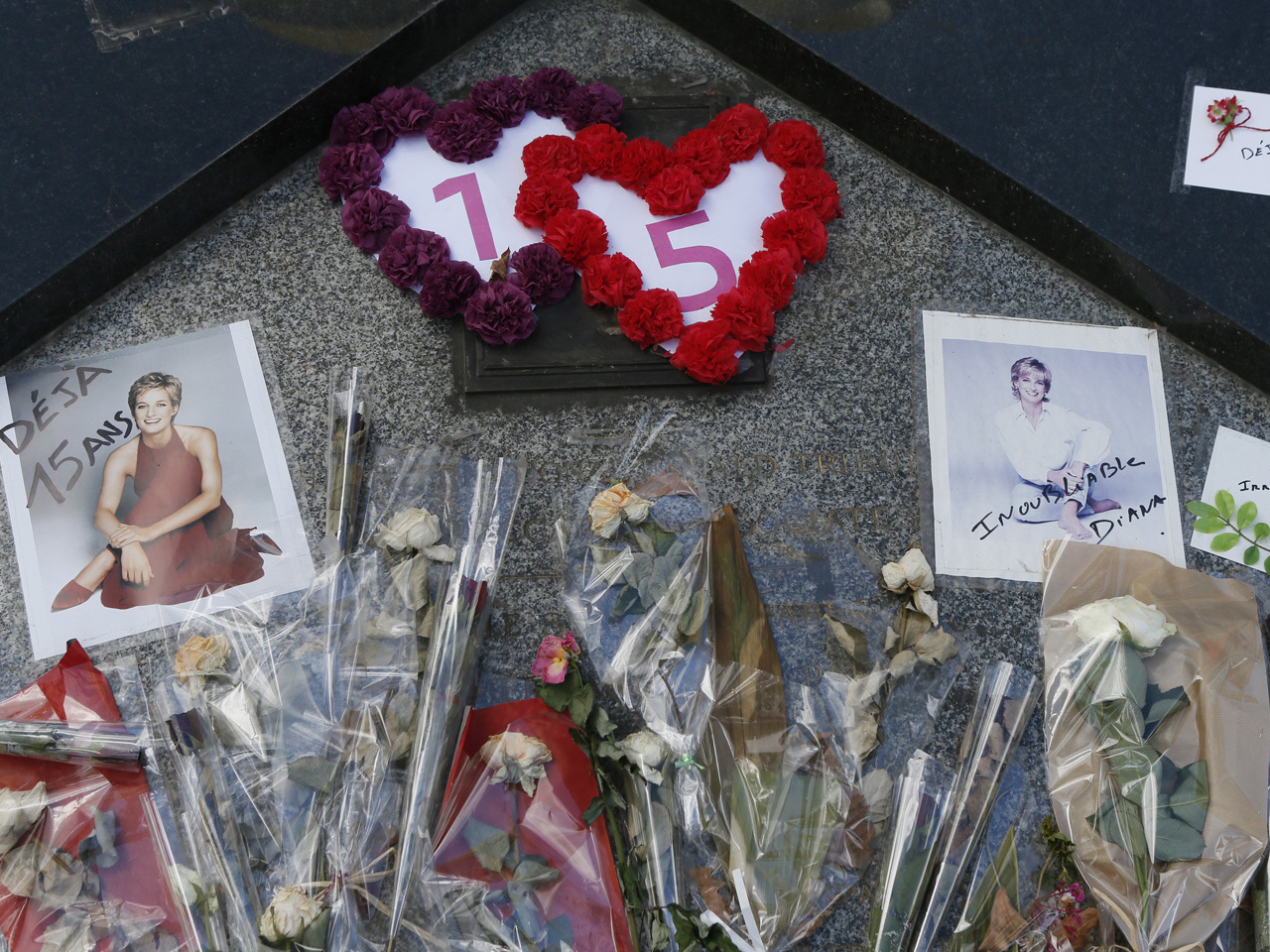 (CBS/AP) On the 15th anniversary of Princess Diana's death, admirers from around the world are paying tribute to the princess at the Paris tunnel where she was killed in a car crash in 1997.

Tourists prayed in front of the Flame of Liberty monument to Diana above the site. Flowers, photos and messages were piled around.

British visitor Patricia Williams said Friday that Diana "became an icon. She was a very beautiful woman and things have passed on now. But Charles is now happy and I hope her sons have come to terms with it."

Princess Diana and her partner Dodi Al Fayed died when the Mercedes they were in plowed into a pillar in the Alma Tunnel on Aug. 31, 1997. French police said driver Henri Paul, who also died, had been drinking heavily and was speeding.