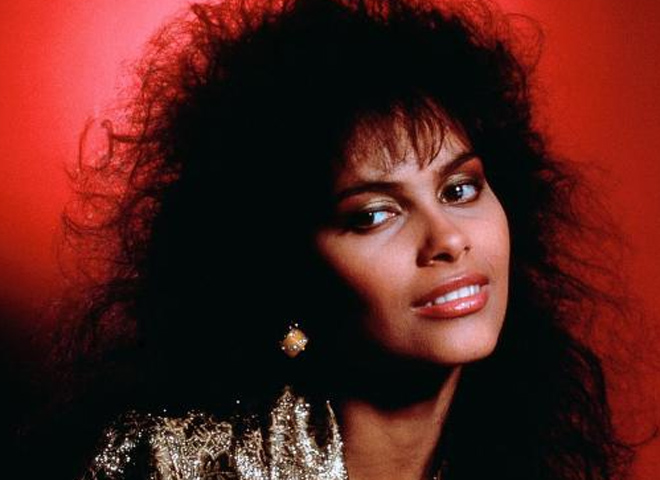 Singer and actress Vanity, best known for working with Prince and as a member of the '80s girl group Vanity 6, died Monday after a long battle with kidney failure and abdominal disease. She was 57.

Vanity, whose real name was Denise Matthews, died at a hospital in Freemont, Calif., where she was suffering from the effects of sclerosing encapsulating peritonitis, an inflammation of the small intestines and bowels, TMZ reports.

Before she began her singing career, Matthews was a beauty pageant contestant and model before being discovered by Prince, who was responsible for coming up with the mononymous moniker Vanity.

Soon she joined and became the headliner of the female R&B trio Vanity 6, which was assembled and produced by Prince. The group went on to gain fame with their 1982 hit "Nasty Girl." She ended up leaving the group and pursuing a solo career after signing a deal with Motown Records.

Vanity also worked as an actress, with her first big role in 1985's "The Last Dragon." She went on to appear in several low-budget genre pictures such as "52 Pick-Up," "Action Jackson" and the sci-fi cult classic "Neon City."

In 1994, Vanity suffered near-fatal renal failure after overdosing on crack cocaine. She barely survived, and thereafter became a born-again Christian. She renounced her Vanity persona and devoted her life to evangelism.

She detailed her conversion, as well as the darker elements of her life in the spotlight, in her 1999 memoir "Blame It On Vanity."

Several musicians and singers have taken to Twitter to share their memories and condolences, including artist Sheila E., MC Hammer, Mila J., and others.