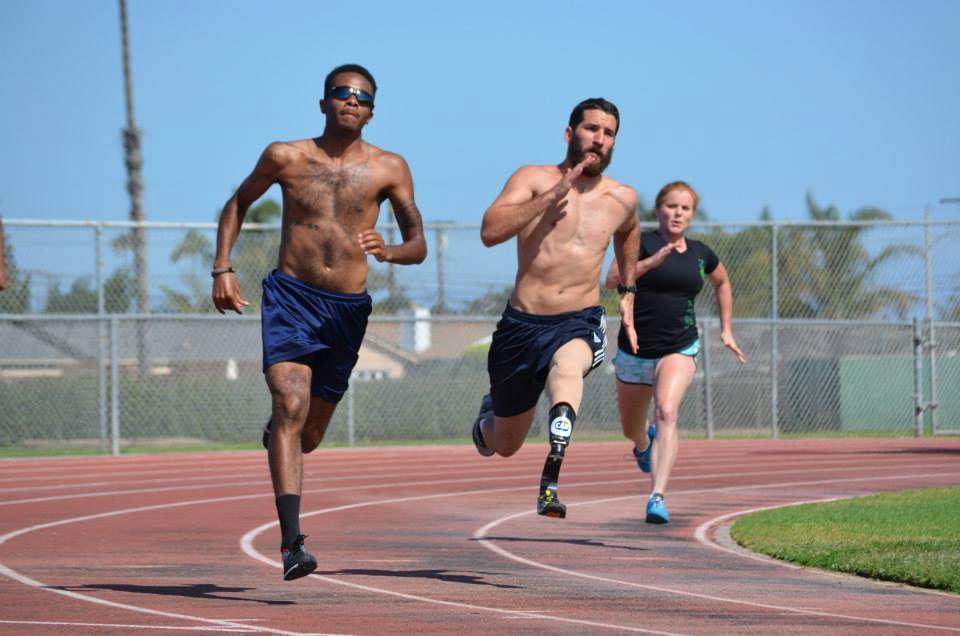 Ninety-eight Americans are among the wounded warriors in London gearing up for the "Invictus Games."

These men and women are among America's most accomplished athletes. Their sacrifice and perseverance are almost unimaginable.

"Invictus" means "unconquered," and that is exactly what these games will represent, said Sgt. Major Chris Self, who lost his leg after being shot in Iraq and is now captain of Team USA.

Gathered together near Washington as a team before leaving for London, theirs is a story of determination. Shawn Cheshire is a tandem cyclist and runner; a former paramedic, she's also blind -- the result of a fall while transporting a patient.

"I believe that we're sending the message to the world that, you know, here we are, we may be injured, we may be broken, we cannot be defeated and we're unconquerable," Cheshire said.

The event is the brainchild of Britain's Prince Harry, who came up with the idea after attending the Warrior Games last year in Colorado. He met athletes like Army Lt. Col. Daniel Dudek, who suffered a spinal chord injury after his convoy in Iraq was hit by an explosive device.

"You could see in his eye that he was thinking okay these guys, almost very few of us were shaking his hand, but like, okay, I got this race I'm about to do so you're not as important as me beating this Marine next to me. And in that focus he was getting excited about that focus too," Dudek said.

Costs of transportation are being covered by the Fisher House Foundation which supports families of wounded veterans.

CEO Ken Fisher says the games are a celebration of perseverance.

"In the end it's about competition, and that's the greatest way to physically to get back out in the world when you've been wounded, is to say, you know what, I am. I've over come this and I am," Fisher said.

That's a view shared by everyone here.

Cheshire said the ability to compete helped her finally accept her injury and continue being a role model for her daughters.

"I felt like it shattered everything that I was and stood for, and I kind of had to take all those pieces and put it back together, and I feel stronger because of this," Cheshire said.

For Army veteran Geoff Hopkins, who suffered a spinal cord injury in a motorcycle accident, the competition also is personal -- a way to teach and inspire his 5-year-old son Ethan.

Now these American veterans will take that message of perseverance to the world starting Wednesday in London.