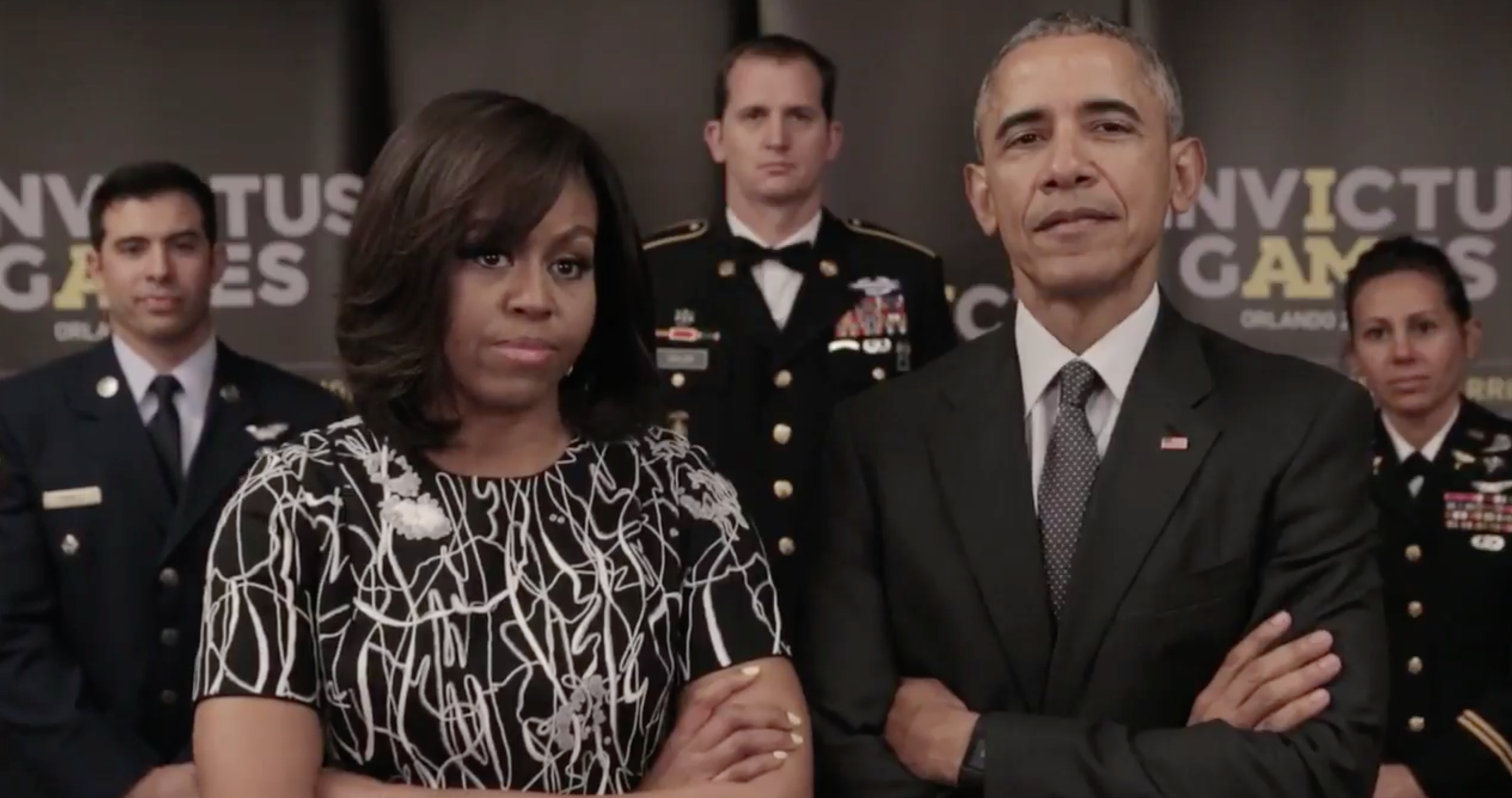 The Obamas donned their game faces for a Twitter war Friday, mounting a challenge to British royalty in the upcoming wounded warriors tournament known as the "Invictus Games."

Michelle Obama fired off a tweet at "@Kensington Royal," the official twitter handle for the Duke and Duchess of Cambridge and Prince Harry, early Friday:

"Hey, Prince Harry!" said the first lady, arms crossed, in the Twitter video. "Remember when you told us to 'bring it' at the Invictus Games?"

"Careful what you wish for," President Obama warned.

Behind the first family, a trio of servicemembers assist in dropping the mic: "Boom!"

In his own 40-second video, the prince sits with Queen Elizabeth II, who celebrated her 90th birthday this month, and briefs her on the upcoming tournament.

When his phone rings -- it's "a message from Michelle" -- the Obamas' video plays.

To the challenge, the Queen replies skeptically: "Oh, really?" A pause. "Please."

Prince Harry began the Invictus Games, an international tournament where injured armed services personnel and veterans compete in sports like wheelchair basketball and indoor rowing, back in 2014. The 2016 games begin next month in Orlando.