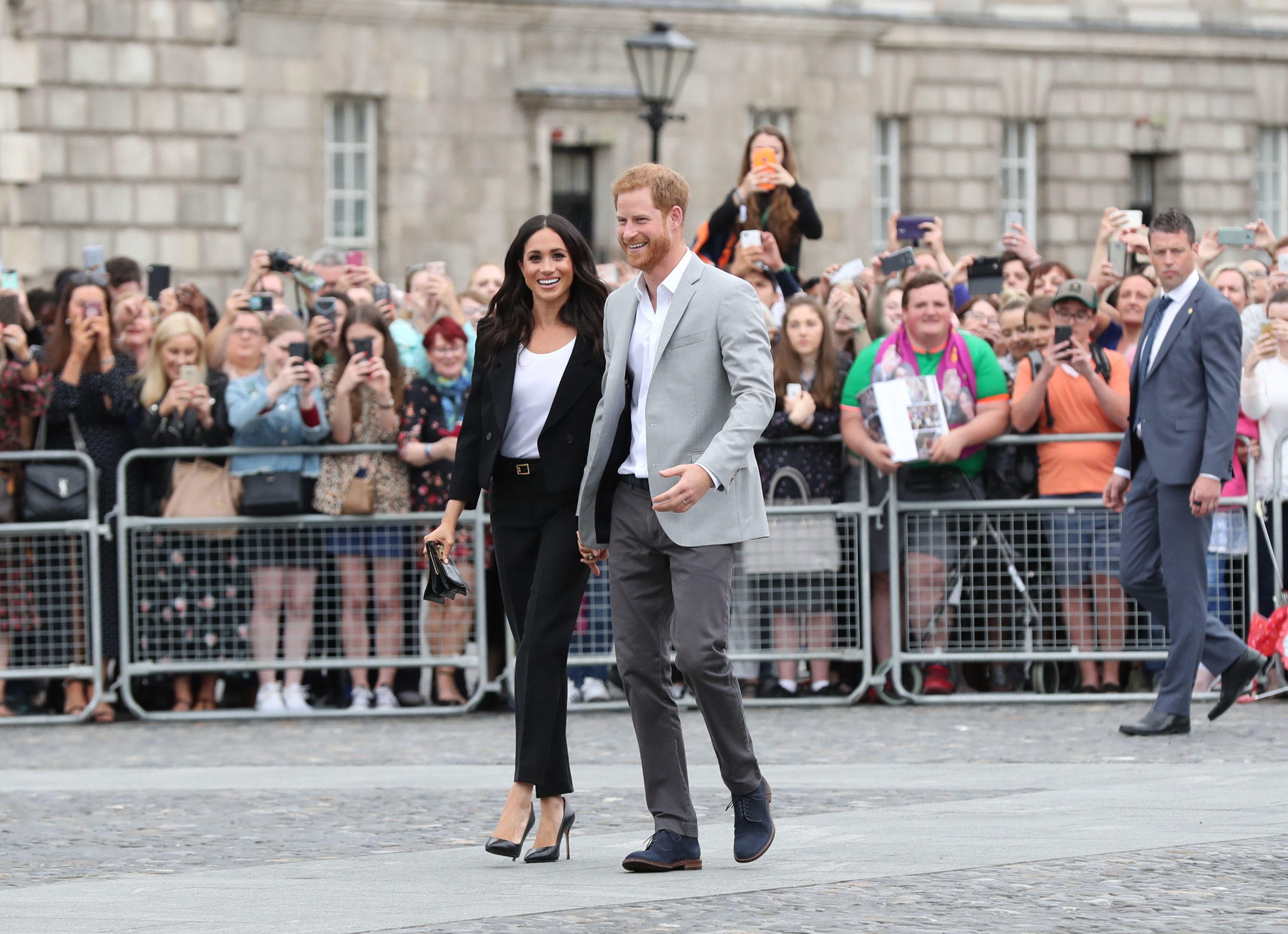 SYDNEY, Australia -- The Duke and Duchess of Sussex, Prince Harry and his wife Meghan, are expecting their first baby in the spring, Kensington Palace confirmed on Monday. Harry and Meghan married in May 2018 in a grand ceremony at Windsor Castle outside London.

No further details on their first expected child, or how Meghan is feeling after the first months of her pregnancy, were immediately provided by the royal family, but the palace said the couple had, "appreciated all of the support they have received from people around the world since their wedding in May and are delighted to be able to share this happy news with the public."

"My warmest congratulations to the Duke and Duchess of Sussex on the happy news they are expecting a baby in the spring. Wishing them all the best," Britain's Prime Minister Theresa May said on Monday.

Royal expert Roya Nikkhah told CBS News correspondent Jonathan Vigliotti, who is traveling with the press entourage on a trip by Harry and Meghan to Australia and the South Pacific, that the announcement is an historic moment.

The announcement came as a beaming Duchess Meghan, looking remarkably unfatigued by a 22-hour flight, walked out of Sydney's airport with Prince Harry for a rest day before they officially start their 16-day tour of Australia and the South Pacific. The trip is the first international tour for the Duke and Duchess since they were married, apart from a two-day visit to Ireland.

Vigliotti says that recent warnings of Zika virus in Fiji and Tonga prompted some health concerns ahead of the royals' visit, especially given Meghan's pregnancy.

"Harry and Meghan have taken medical advice from doctors back in the U.K. about the risk of Zika in Fiji and Tonga, and they have decided on that medical advice that they will carry on, and nothing will change," Nikkhah told CBS News.

Holding hands and casually dressed, the prince and the former American actress walked out an airport rear entrance and into a car. Meghan, wearing skinny black pants and a black, burgundy trimmed coat, was smiling and clutching folders, while Harry gave a thumbs up to bystanders. The couple touched down in Sydney on an overcast morning after a regular Qantas Airways flight from London with a brief stopover in Singapore.

In Australia, they will pet a koala in a Sydney zoo, visit the drought-stricken Outback town of Dubbo and meet indigenous leaders on Fraser Island, the world's largest sand island, in northeastern Queensland state.

The royal couple were driven from the airport to Admiralty House, the official Sydney residence of Governor General Peter Cosgrove, who represents Australia's head of state, Queen Elizabeth II, Harry's grandmother. The couple had no official functions on Monday following the 10,650-mile flight that Qantas says takes 22 hours and 20 minutes.

Hundreds of well-wishers gathered with umbrellas outside the airport and Admiralty House in the hope of catching a glimpse of Harry and Meghan. The crowd cheered as the waving couple was driven through the gates of the harbor-side mansion.

Australian Prime Minister Scott Morrison, who plans to climb with Harry to the top of the Sydney Harbour Bridge during the visit, told Parliament on Monday that he commended the prince for coming to Sydney for the Invictus Games and welcomed the couple.

"I want to ... commend Prince Harry for his tremendous initiative in lifting the spirits of every single service man and woman all around the globe," Morrison said.

Harry and Meghan said during a television interview in November that they wanted to promote humanitarian causes close to their hearts across Commonwealth-member countries, including Australia.

The visit comes six months after Harry's father, Prince Charles, made his 16th official visit to Australia, primarily to open the 21st Commonwealth Games at Gold Coast city in Queensland.