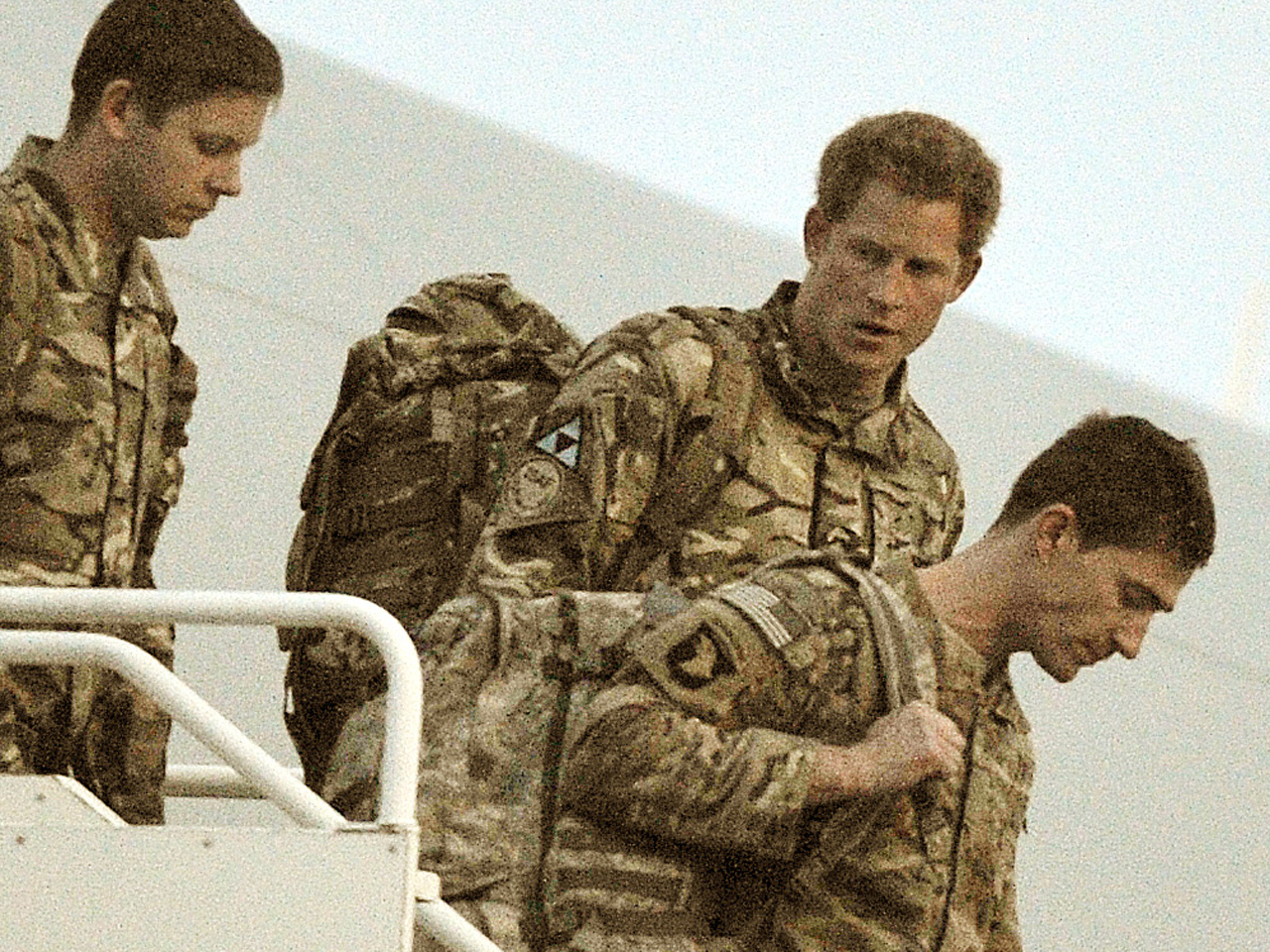 Prince Harry is back in Britain.

The 28-year-old returned to the U.K. on Wednesday after a 20-week deployment in Afghanistan, landing on a military plane in light snow at the Brize Norton military airbase northwest of London.

He had already been in the spotlight for comments made public several days ago in which he asserted that he had targeted Taliban fighters from the cockpit of his Apache attack helicopter.

In interviews conducted in Afghanistan, he said that he had fired on Taliban positions: "If there's people trying to do bad stuff to our guys, then we'll take them out of the game."

After he landed, Harry emphasized that he was pleased to be home and did not elaborate on his statements about combat, although he did indicate he plans to continue being a soldier.

According to the BBC, he also said he looked forward to seeing family and friends.

"I'm longing to see my brother and sister-in-law, as with any of the soldiers who've just come off the plane after four-and-half months away," he told reporters, adding, "I really am longing to catch up with people behind closed doors -- you guys aren't invited."

Harry also said conditions in Afghanistan were much improved compared to his earlier deployment five years ago. "The difference is fantastic," he said.

Defense officials announced Monday that Harry -- known as Capt. Wales in the army -- had completed his deployment as co-pilot gunner on an Apache attack helicopter.

British troops leaving Afghanistan traditionally have a short stopover in Cyprus to decompress and are provided with four bottles of beer after a long stint on alcohol-free bases.

Harry is expected to go to the headquarters of his Army Air Corps squadron before starting several weeks of leave. He said he looks forward to resuming some charity work and taking up some royal duties.