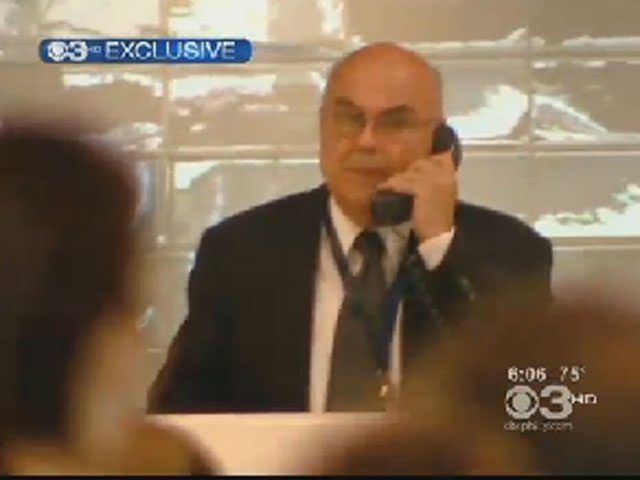 Until 2002, Thomas Harkins was a Catholic priest working at churches across southern New Jersey, the station reports. But the Diocese of Camden removed him from ministry because it found he sexually abused two young girls. Now, in a new lawsuit, a third CBS woman is claiming she is also one of Harkins' victims.

CBS Philly reports that this week it observed Harkin working as a TSA checkpoint supervisor between airport terminals D and E, where thousands of people - including lots of kids - pass through every day.

The new lawsuit, filed in federal court against the Camden Diocese, accuses Harkins of sexually abusing an 11-year-old girl 10 to 15 times in 1980 and 1981, the station reported. Filed on behalf of the alleged victim, the suit alleges the abuse occurred while Harkins was a priest at Saint Anthony of Padua parish in Hammonton, N.J., with one alleged assaults occurring in Harkins' bedroom at the rectory.

"They should know who they're hiring," said Karen Polesir, a spokeswoman with the Survivors Network of those Abused by Priests (SNAP). She believes Harkins' TSA job is inappropriate.

"As the public, we are screened to our underwear getting on a plane, and yet they hire a man like that," she told the station.

The TSA says all its employees go through a criminal background check before they're hired, but because the allegations are so old, criminal charges were not filed. A spokesman said the Camden Diocese settled the first two lawsuits with Harkins' accusers, and that it had not yet seen the latest lawsuit.

Harkins was asked about the newest filing as he was leaving his shift at the airport.

"I have nothing to say," was Harkins' reply.

Asked if the traveling public should be worried, Harkin responded, "No, they shouldn't be."

"The public should not be worried with you in a position like this despite your past?" reporter Ben Simmoneau asked.

"I have nothing to say," Harkins repeated.

He then used his TSA badge to walk into a restricted area where CBS Philly cameras could not follow.