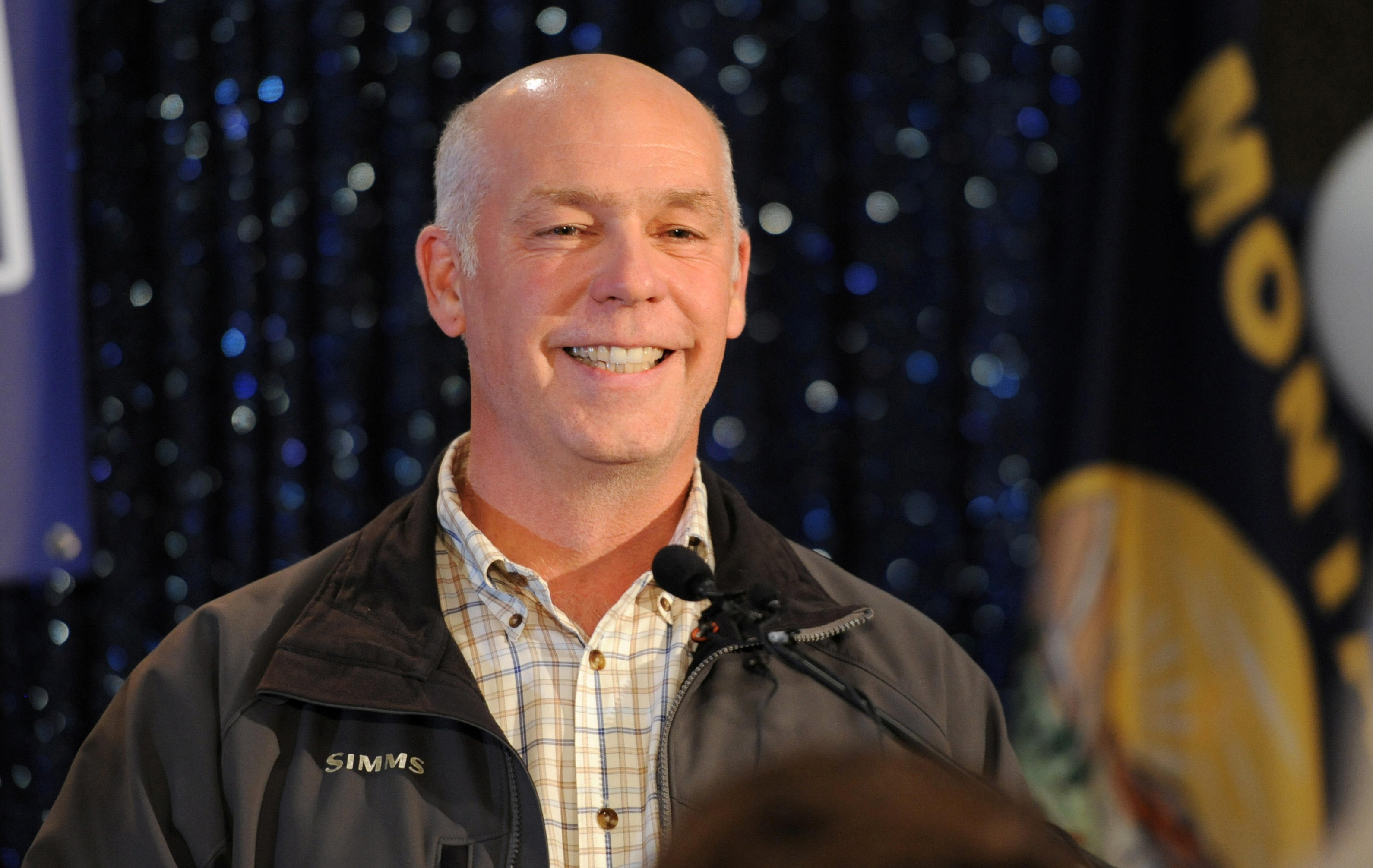 HELENA, Mont. -- A national coalition of press groups urged a congressional ethics panel on Friday to consider disciplinary action against Montana's newly elected congressman, who is charged with throwing a reporter to the ground during a confrontation a day before the election.

Republican Greg Gianforte has yet to face a judge on the misdemeanor assault charge, which further intensified attention on a race that had already garnered wide national coverage.

"Amid a climate of escalating hostility toward the press it is essential for the House to send a clear message to its members and to the nation that hostile treatment of the press will not be tolerated or ignored," said Gabe Rottman, the Washington director of PEN America, one of several groups, including the Society of Professional Journalists, seeking an inquiry by the Office of Congressional Ethics.

After its evaluation of the complaint, the ethics office can make a recommendation to the House Ethics Committee. The press groups said they also sent a letter to the committee reminding it of its obligation to open an investigation within 30 days of any member being charged with a crime. They also sent letters to President Trump.

In an interview with CBS affiliate KXLH on Friday, Gianforte apologized for the alleged assault and said he is ready to get to work.

"It wasn't right, the way I treated (the reporter), and that's why I took responsibility," he said in an interview at his Bozeman home. "That's why I apologized.

"When you make a mistake, you take responsibility, you own up to it. … I think it's the way we repair relationships and move forward."

In a statement issued after the incident, Gianforte's campaign spokesman, Shane Scanlon, said Jacobs entered the candidate's office without permission and "shoved a recorder in Greg's face, and began asking badgering questions. Jacobs was asked to leave."

Gianforte has yet to be sworn into office and is not expected to take his post until sometime later this month. Gianforte won Montana's only congressional seat during a May 25 special election, despite the last-minute fracas at his Bozeman headquarters.

Jacobs said he was assaulted by Gianforte while trying to interview him about a GOP-authored health care bill. Following the May 24 altercation, Jacobs tweeted: "Greg Gianforte just body slammed me and broke my glasses."

A Fox News team preparing to interview Gianforte corroborated Jacobs' account, saying the candidate slammed the reporter to the floor and yelled, "Get out of here!"

Gianforte acknowledged the incident during his election night speech. "When you make a mistake, you have to own up to it," he told supporters.

It remains uncertain when Gianforte will appear in court, although he told MTN News on Friday that he expects to announce his plea sometime next week. Gianforte has declined repeated requests from The Associated Press for an interview.

Routine misdemeanors are usually handled by the Gallatin County Justice Court, usually three times a week. But Lambert and court officials said defendants can petition the court to deviate from the usual process - saving Gianforte the ignominy of having to stand in line with other alleged offenders to take his turn before a judge.

Lambert said he was first contacted by one of Gianforte's attorneys as voters streamed into the polls during the May 25 election. He also spoke with Jacobs at length, he said.

"I've been in some lengthy discussions with an attorney on Mr. Gianforte's behalf," Lambert said. "They have been very cognizant of Benjamin Jacob's desire to have input at sentencing. We've talked about the fact that we need to make sure how much restitution is owed."

Lambert declined to discuss further details of those conversations.