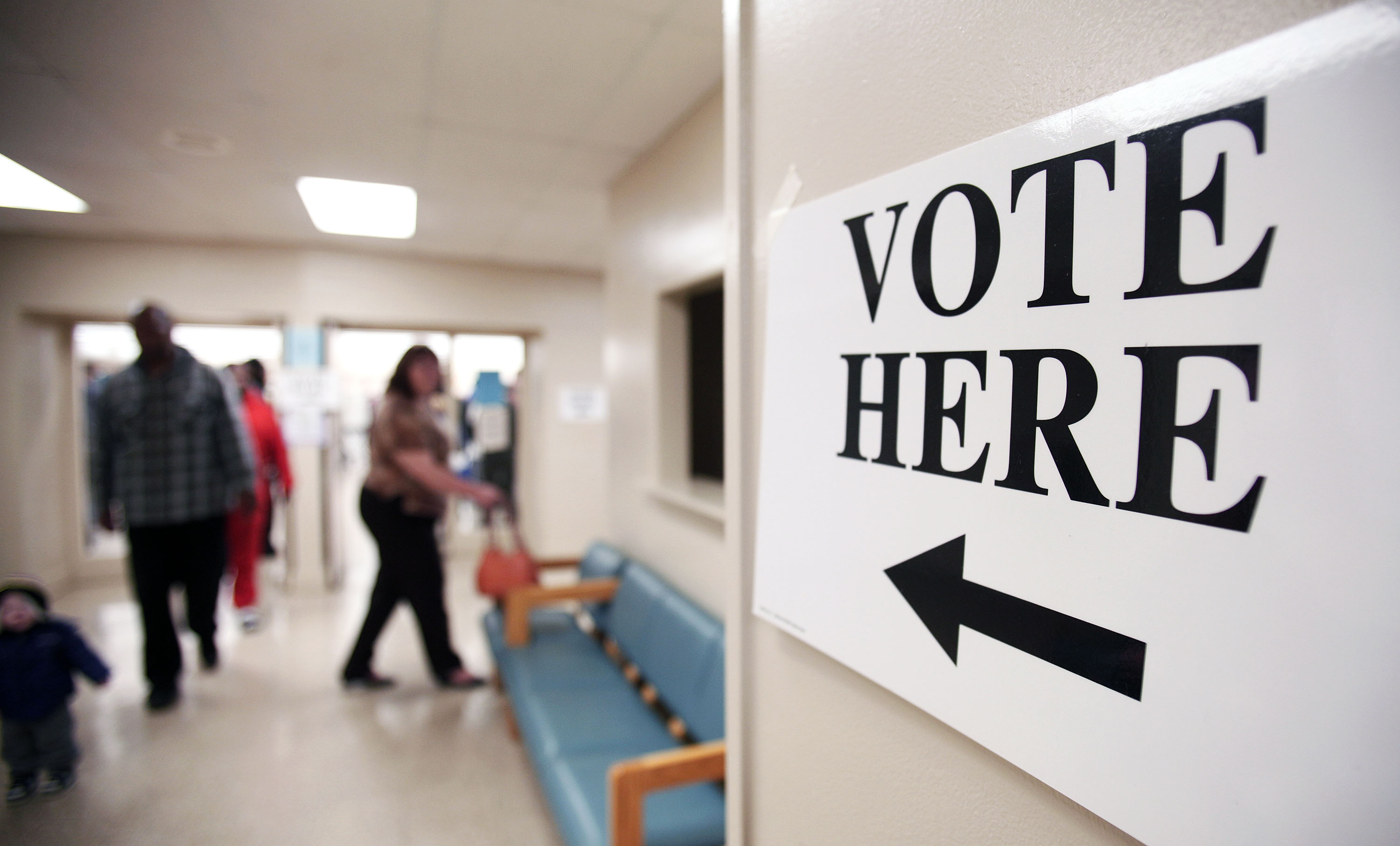 A nonpartisan panel of election and management experts is recommending that states embrace technology, more flexibility in the voting process and better resources for voters in order to improve the speed and ease of casting a ballot in the U.S.

The Presidential Commission on Election Administration, an idea presented by President Obama during his 2013 State of the Union speech, met with theMr. Obama and Vice President Joe Biden Wednesday to present the findings of a six-month study that involved conversations with stakeholders like election administrators, activists, voters and academics.  They concluded that the problems that led to record-long lines at the polls during the 2012 elections “are both identifiable and solvable.”

"A lot of the recommendations they’ve made are common sense, they are ones that can be embraced by all of us," Mr. Obama said ahead of a meeting with the panel. "We intend to publicize this and then to reach out to stakeholders across the country to make sure that we can implement this."

He said that no American should have to wait more than half an hour to vote.

Many of the commission’s recommendations in the commission's report, which they also released to the public today, advocate for the increased use of technology in the voting process: expanding online voter registration to increase efficiency and the accuracy of voter rolls, using electronic pollbooks at polling sites, and reforming the standards and certification process for voting machines to allow states to adopt cheaper technologies or software-based solutions. They warned that there is a coming crisis in voting technology since many machines were purchased a decade ago will wear out soon and there are no federal funds on the horizon to replace them.

The commission also recommended both greater flexibility for voters, such as the expansion of early voting or mail balloting before Election Day, and better resources, including better training and recruitment for poll workers, outside groups ready to address the needs of voters with disabilities and limited English proficiency, and better online ballot access for military and overseas voters.

The location of polling stations – typically the nation’s schools – are unlikely to change, since the commission said they continue to be the best-equipped facilities in most areas.

“Our aim was to transcend partisan divisions and view election administration as public administration that must heed the expressed interests and expectations of voters,” said the commission’s two co-chairs, Robert Bauer and Benjamin Ginsberg, who served as election counsel to President Obama and former presidential candidate Mitt Romney, respectively.

The recommendations do not include any federal legislation and are nonbinding for states, so they serve as more of a guidepost than a mandate. ButWendy Weiser, the head of the Democracy Program at the Brennan Center for Justice, which works on voting issues, told CBS News before the commission’s report was released that there is a “huge appetite” for improvements in the states, many of which took steps to improve the voting experience after 2012.

“At this point we really need to modernize,” Weiser said. “The country’s at a point where we really need to be modernizing our elections, especially our voter registration system, to bring it into the 21st century.”

The report was cheered by voter-advocacy groups who had worked with the commission.

"If state and local election officials heed the Commission's advice we will be that much closer to the 'more perfect union' our founders envisioned and citizens deserve," said Rock the Vote president Heather Smith.