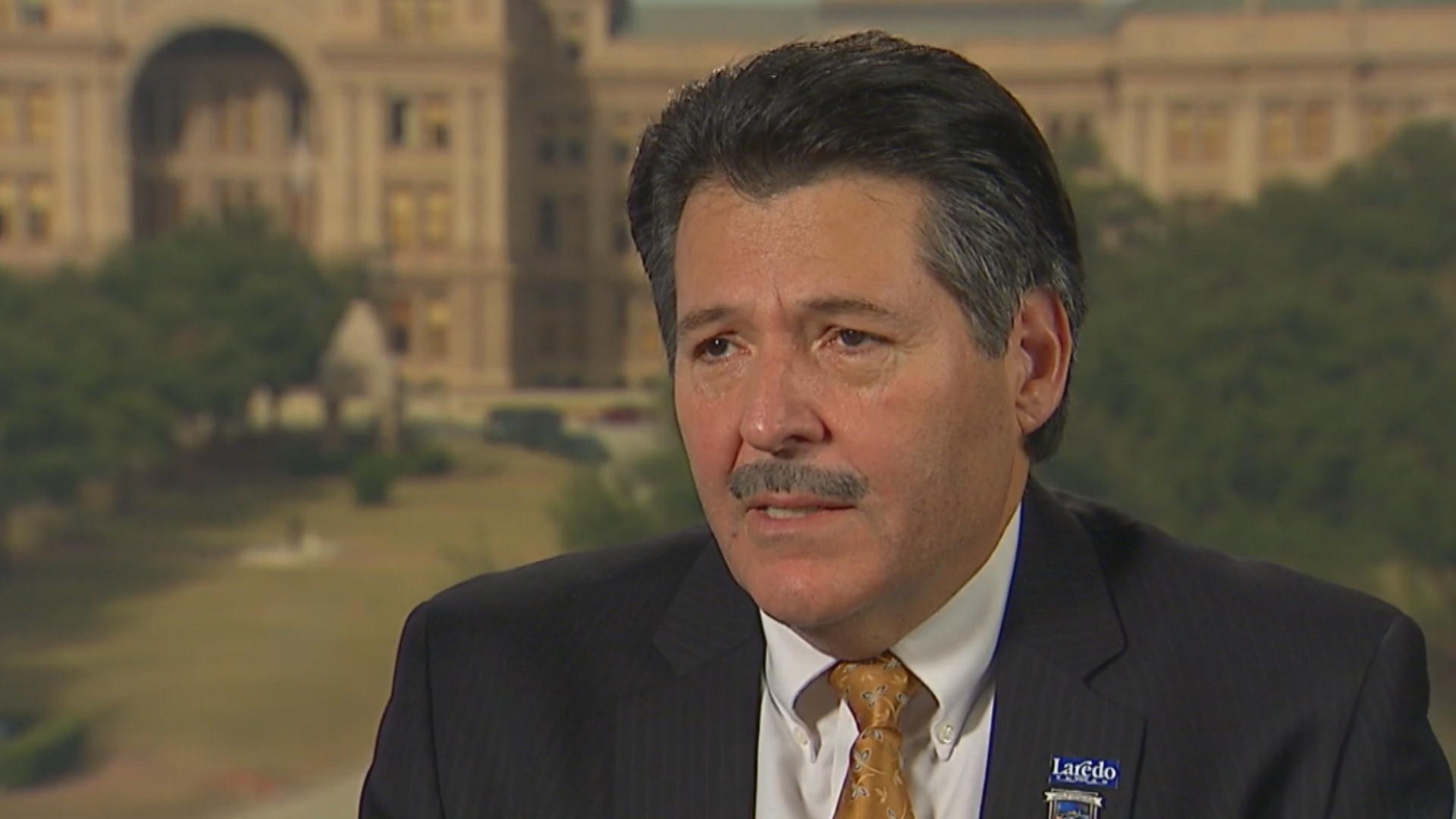 President Trump signed an executive order Wednesday directing the Homeland Security department to allocate funds for a wall along the Mexican border. He also wants the department to complete a comprehensive security study within 180 days.

Walling off the Rio Grande would require building on its flood plain. Right now, the river is running about 20 to 30 feet above normal.

“We have parks that border the river area. We have a water plant that also borders the river area,” said Laredo Mayor Pete Saenz.

Saenz met with then-candidate Trump when he visited the city in 2015.

On Wednesday, Saenz said erecting a wall around Laredo was “offensive.”

“It serves as a negative psychological impact on people that visit our city. Could you imagine having a city with a huge wall there? It’s not very inviting. It’s very divisive,” Saenz said.

The nearly 2,000-mile long southern border is already protected by almost 700 miles of fencing. It costs more than $2 billion to build.

For vast stretches, it is an imposing metal barrier. But other sections do little to stop people. And where it abruptly ends, it’s easy enough to step around it.

The president wants to replace that hodgepodge fencing with a concrete wall spanning virtually the entire border.

Critics say that money is better spent on more technology, equipment and manpower.

“You build a higher wall, somebody will build a higher ladder. What you need on the border in order to ensure security is more border patrol agents,” said Manuel Pastor of the USC Center for the Study of Immigrant Integration.

Parts of the wall would have to be built on private property or on very harsh terrain. A solid barrier would also make it difficult to see border crossers on the other side.

Even Mr. Trump’s new homeland security secretary, General John Kelly, said a wall alone would not do the job.

“If you were to build a wall from the Pacific to the Gulf of Mexico, you’d still have to back that wall up with patrolling by human beings, by sensors, by observation devices,” Kelly said.

The mayor of Laredo said a wall sends the wrong message about trade with Mexico, which is vital to the economic health of border towns like his. Laredo, he said, does more than $200 billion worth of trade south of the border.