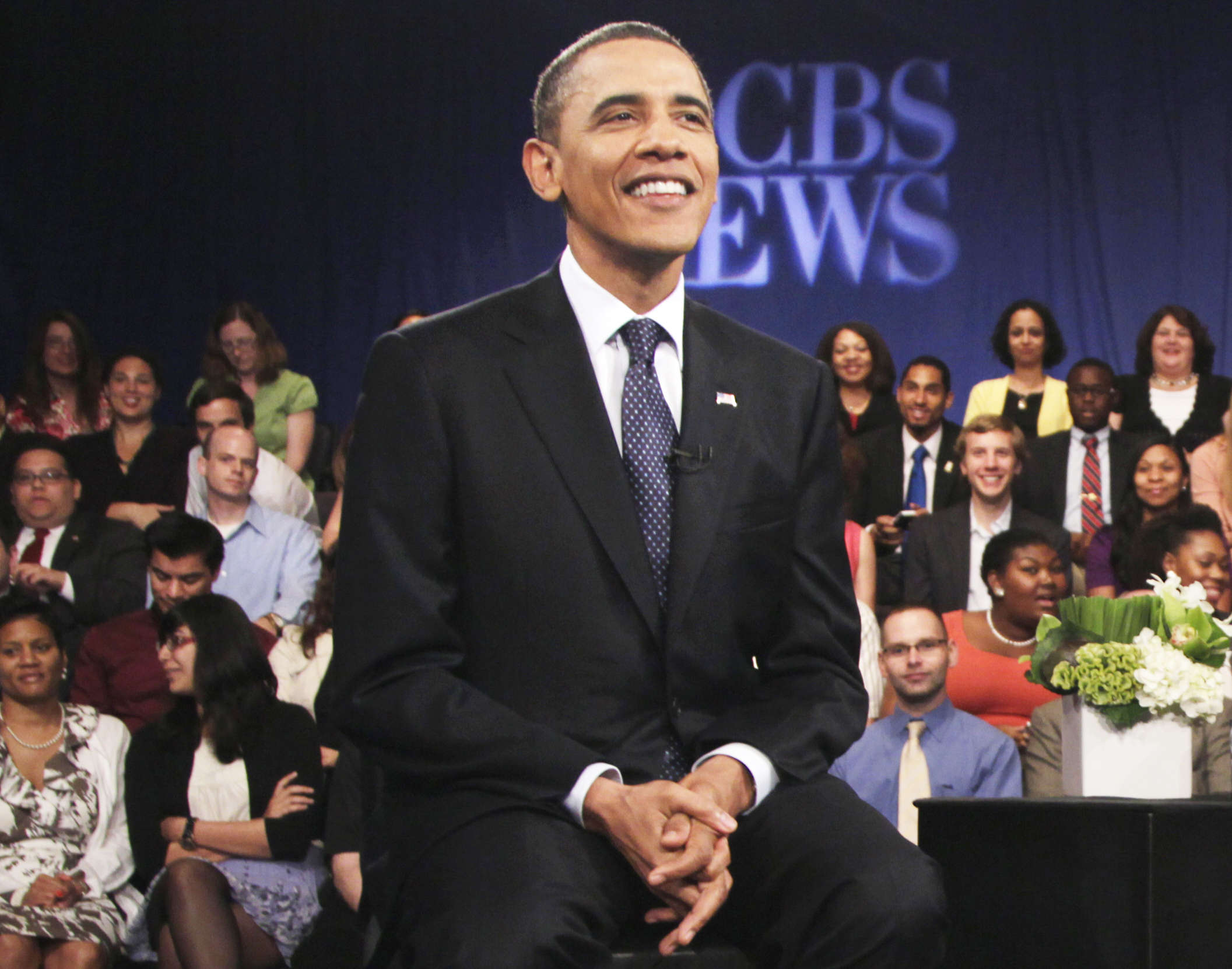 West begins with a bit of historical revision. West suggests that the President discarded him without provocation after he offered the Obama for America campaign his loyal service and prayers. But anyone with a casual knowledge of this rift knows it began during the Democratic primary not after the election. It began, not with a puffed up President, but when Cornel West’s “dear brother” Tavis Smiley threw a public tantrum because Senator Obama refused to attend Smiley's annual State of Black America. Smiley repeatedly suggested that his forum was the necessary black vetting space for the Democratic nominees. He needed to ask Obama and Clinton tough questions so that black America could get the answers it needed.

But black America was doing a fine job making up its own mind in the primaries and didn’t need Smiley’s blessing to determine their own electoral preferences. Indeed, when Smiley got a chance to hold candidate Clinton “accountable” he spent more time fawning over her than probing about her symbolic or substantive policy stances that impacted black communities. Fiercely loyal to his friend, Professor West chose sides and began to undermine candidate Obama is small and large ways. Candidate Obama ceased calling West back because he was in the middle of a fierce campaign and West’s loyalties were, at best, divided. I suspect candidate Obama did not trust his “dear brother” to keep the campaign secrets and strategies. I also suspect he was not inaccurate in his hesitancy.

West may have had principled, even prophetic reasons, for choosing this outsider position relative to Obama, but it is dishonest to later frame that choice as a betrayal on the part of the President. After what I had written about Senator Clinton during the campaign I wasn't expecting an offer from the State Department.

Furthermore, West’s sense of betrayal is clearly more personal than ideological. In Hedges's article West claims that a true progressive would always put love of the people above concern with the elite and privileged. Then he complains, “I couldn’t get a ticket [to the inauguration] with my mother and my brother. I said this is very strange. We drive into the hotel and the guy who picks up my bags from the hotel has a ticket to the inauguration... We had to watch the thing in the hotel.” Let me get this straight—the tenured, Princeton professor who collects five figures for public lectures was relegated to a hotel television while an anonymous hotel worker got tickets to the inauguration! What kind of crazy, mixed up class politics are these? Wait a minute…

What exactly is so irritating to West about inaugural ticket-gate? It can't be a claim that the black, progressive intellectual community was unrepresented. Yale's Elizabeth Alexander was the poet that cold morning. It can't be that the "common man" was shut out because the Neighborhood Ball was reserved for the ordinary women and and men who worked to make Obama '08 possible. It must be a simple matter of jealous indignation. While I appreciate the humanness in such a reaction, it hardly counts as a prophetic critique.

Since the inaugural snub, Professor West has made his personal animosity and political criticism of the president his main public talking point. There was that hilariously bad documentary with Tavis Smiley and the rest of the Soul Patrol in 2009. There is the tiresome repetitiveness with which West invokes the name of his erstwhile Harvard nemesis Lawrence Summers as indicative of President Obama’s failed economic vision. And just a few weeks ago there was the eminently watchable screaming match on MSNBC where love-the-peoplc West called Rev. Al Sharpton a “mascot” for the Obama administration. Add to this three year screed the current Hedges article and it looks more like a pissing match than prophesy.

“I think my dear brother Barack Obama has a certain fear of free black men… It’s understandable. As a young brother who grows up in a white context, brilliant African father, he’s always had to fear being a white man with black skin. All he has known culturally is white. He is just as human as I am, but that is his cultural formation.”

This comment is utter hilarity coming from Cornel West who has spent the bulk of his adulthood living in those deeply rooted, culturally rich, historically important black communities of Cambridge, MA and Princeton, NJ. And it is hard to see his claim that Obama is “most comfortable with upper middle-class white and Jewish men who consider themselves very smart, very savvy and very effective in getting what they” as anything other than a classic projection of his own comfortably ensconced life at Harvard and Princeton Universities. Harvard and Princeton are not places that are particularly noted for their liberating history for black men.

Let me be clear, being an Ivy League professor does not mean that one has no room to offer critical engagement on issues of race. Like Professor West, I too make my living at elite, predominately white institutions. For the past five years we were on the same payroll at Princeton. Like Professor West I supplement my income by giving lectures about race, politics, and history. Like West I hope to influence policy, inspire individuals, and intervene in public conversations about race. My criticism of West is his seeming unwillingness to acknowledge how our structural positions within the academy and in public intellectual life can be just as compromising to our position vis-à-vis black communities as is President Obama’s.

As tenured professors Cornel West and I are not meaningfully accountable, no matter what our love, commitment, or self-delusions tell us. President Obama, as an elected official, can, in fact, be voted out of his job. We can’t. That is a difference that matters. As West derides the President’s economic policies he remains silent on his friend Tavis Smiley’s relationship with Wal-Mart, Wells Fargo, and McDonald's—all corporations whose invasive and predatory actions in poor and black communities have been the target of progressive organizing for decades. I have never heard him take Tavis Smiley to task for helping convince black Americans to enter into predatory mortgages. I’ve never heard him ask whether Tavis' decision to publish R. Kelley’s memoirs might be a less than progressive decision. He doesn’t hold Tavis accountable because Tavis is his friend and he is loyal. I respect that, but I also know that if he were in elected office the could not get off so easily. Opposition research would point out the hypocrisy in his public positions in a way that would make him vulnerable come election time. As a media personality and professor he is safely ensconced in a system that can never vote him off the island. I think an honest critique of Obama has to begin by acknowledging his own privileges.

Instead, West seems determined to keep black politics tethered to a patronage model of politics. He tells Hedges:

“Our last hope is to generate a democratic awakening among our fellow citizens. This means raising our voices, very loud and strong, bearing witness, individually and collectively. Tavis [Smiley] and I have talked about ways of civil disobedience, beginning with ways for both of us to get arrested…”

God help us if Cornel West and Tavis Smiley getting arrested is our last chance at a democratic awakening.

I have many criticisms of the Obama administration. I wrote angrily about his choice of Rick Warren to deliver a prayer at the inauguration. I have spoken on television about my disagreement with drone attacks in Pakistan and been critical of the administration’s initial choice to prosecute DADT cases. I worked for more progressive health care reform legislation and supported organizations that resisted the reproductive rights “compromises” in the bill. I’ve been scathing in public remarks and writings about the President’s education policy. My husband leads a non-profit that is suing HUD for its implementation of a discriminatory formula in the post-Katrina Road Home program. The president has never called me. I got my ticket to the inauguration from Canada! (Because Canadian Broadcast Television who gave me a chance to narrate the day’s events.) But I can tell the difference between a substantive criticism and a personal attack. It is clear to me that West’s ego, not the health of American democracy, is the wounded creature in this story.

Bio:Melissa Harris-Perry, an associate professor of politics and African-American studies at Princeton University, is completing her latest book, "Sister Citizen: A Text for Colored Girls Who've Considered Politics When Being Strong Isn't Enough." She also is a contributor to MSNBC. The opinions expressed in this commentary are solely those of the author.